My role model was just accused of sexual assault. Now what?

For as long as I can remember, the first thing I did every morning was watch Today, the morning news program on NBC. I tuned in every weekday at 7am to listen to Matt Lauer read the headlines before the music played and the hosts were introduced. Since I was a kid I've dreamed of my name being presented on the big screen for hosting a morning news program just like my role model, Matt Lauer.

At 7am this morning, I woke up to news I shouldn't have been surprised to learn, but still was. Actually, surprised is an understatement. Astonished is more like it.

Today, Savannah Guthrie graced my television screen with fellow journalist Hoda Kotb, not Matt Lauer. Where was Matt? Was he just off today? It seemed unlikely, and I could tell the vibe was different. Immediately, Guthrie broke news no one was expecting this morning.

"This is a sad morning here at Today and NBC News," said Guthrie holding back tears. "Just moments ago NBC Chairman, Andy Lack, sent the following note to our organization." Guthrie read the whole memo detailing the immediate termination of her longtime co-host Matt Lauer. 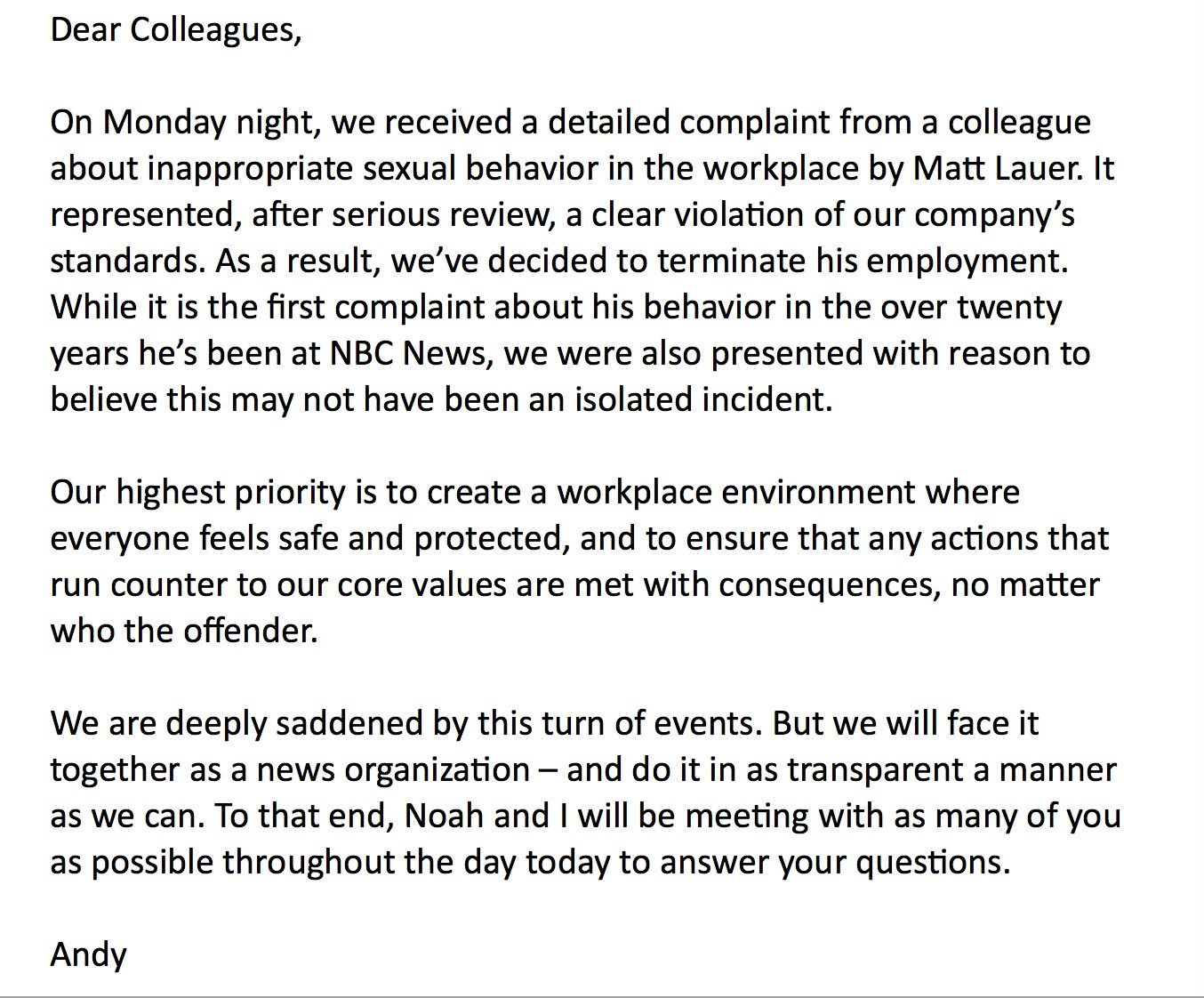 On Monday, an NBC employee sent a complaint to Lack which included details about Lauer conducting unwanted sexual behaviors towards her. NBC did an internal investigation and quickly terminated him after concluding he violated "company standards." Lack went further by saying the company's highest priority is to create a safe workplace and will terminate anyone, no matter what their position is, if and when allegations about them come to light.

Guthrie was "devastated" by the allegations and unable to think of a way to comprehend the news. Guthrie called Lauer her dear friend and partner with Kotb adding she has worked and been friends with Lauer for 15 years. They promised to cover the story as journalists and that they know just as much information as they're giving.

I was baffled by the news. Lauer was my role model as I'm sure he was for many other young journalists out there. He was the co-host of Today for my entire (young) life. He was the face of NBC and has been on the scene of numerous breaking stories, traveled around the world more times than most and covered the Olympics in places such as Beijing, Sochi and Salty Lake City.

But is Lauer still fit to be my role model? Sadly, I don't think so. A role model needs to be exactly that: a person you strive to be. I strive to be a journalist, a host of Today, a father, husband and have a stable longtime job. I don't strive to be a man accused of sexual assault. I don't want to be like Lauer. What he is accused of completely overrides and outnumbers his positive attributes. 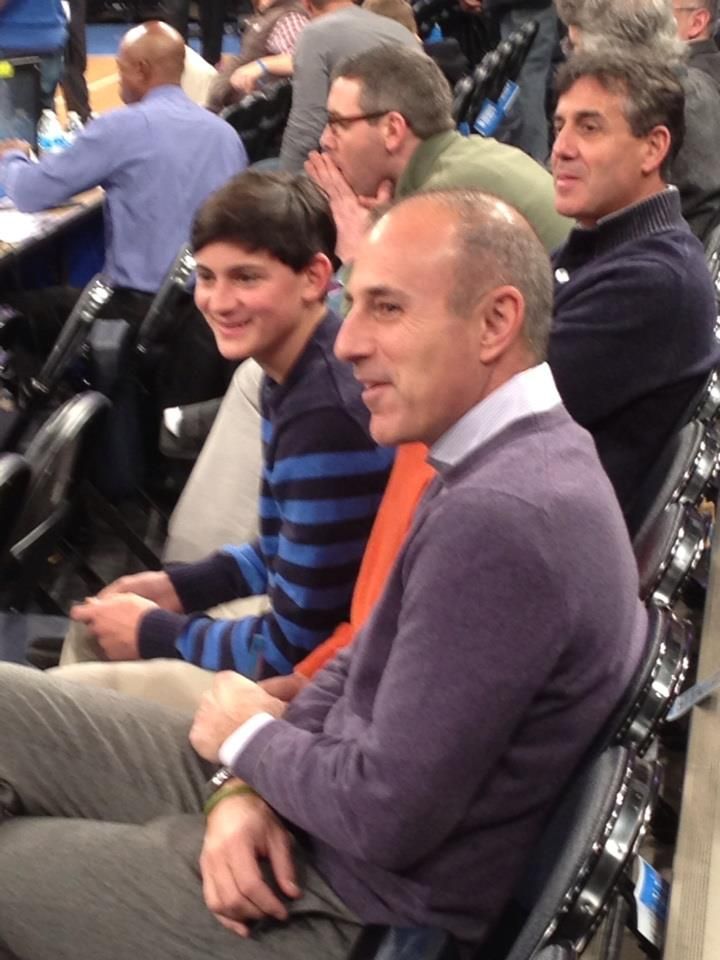 I always aspired to be the journalist Matt Lauer was. He always asked the tough questions his interviewees didn't want to answer. When I was a kid, I sat next to Laur at a Knicks game but was too nervous to introduce myself. I regret it now as it would've meant I actually met with my role model.

While fans like me are still in shock waiting for Lauer to release a statement, our schmuck of a president is having a field day celebrating his termination.

In his latest tweet storm, our (gulp) President wrote, "When will top executives at NBC and Comcast be fired for putting out so much Fake News."

Wow, Matt Lauer was just fired from NBC for “inappropriate sexual behavior in the workplace.” But when will the top executives at NBC & Comcast be fired for putting out so much Fake News. Check out Andy Lack’s past!

So now that Matt Lauer is gone when will the Fake News practitioners at NBC be terminating the contract of Phil Griffin? And will they terminate low ratings Joe Scarborough based on the “unsolved mystery” that took place in Florida years ago? Investigate!

Dear President Trump, just because a news agency reports on your wrongdoings does not mean that it produces "fake news." Additionally, you're missing the focal point of the matter at hand. A woman came forward with allegations of sexual misconduct against Matt Lauer. The time when you face repercussions for your heinous actions will come as well.

Our nation is going down a path we never expected to see. One by one, iconic men in powerful positions across various industries are being accused of sexual misconduct, assault and rape. The list keeps getting longer and longer. Just last week, another media legend, Charlie Rose of CBS and PBS was relieved of his duties after sexual assault allegations came to light. Before him was Academy Award winning actor, Kevin Spacey, and before him, the King of Sexual Assault, Harvey Weinstein, who started this firestorm.

I'm not sure when this will end and what will come about these accusations against Lauer. I am confused on what to think and how to go about this. While it doesn't personally effect my livelihood, it bothers me that the person I once looked up to lived a double life and could be accused of some sort of sexual misconduct.