Why Syracuse lacrosse deserves our attention

We have one of the top programs in the country

With all the March Madness hype, the lacrosse teams were put on the back burner, but they also deserve to get the same amount of attention. Believe it or not Syracuse has one of the top lacrosse programs in the country. They are both doing well this season and have the potential to make it to the championship.

This past Saturday both the women’s and mens teams played UNC here in the Carrier Dome. Although there was not a large Syracuse Student turn out for the games, there were a fair amount of little kids and supporters from the town who cheered on Syracuse. 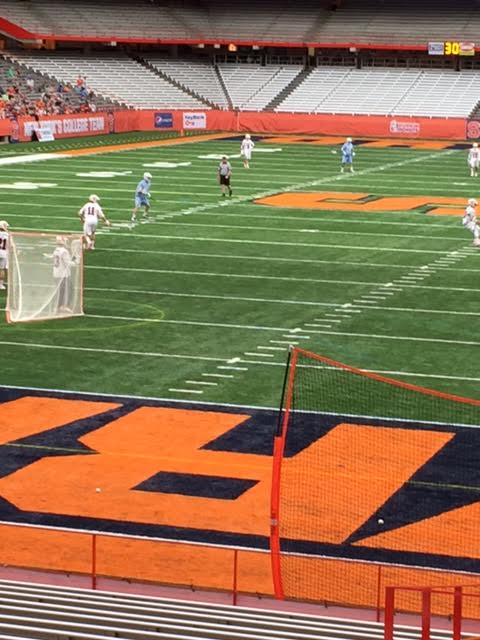 Here’s what happened at the women’s game

The women did very well playing against the #1 ranked ACC team UNC, but they sadly lost by one point. Syracuse was up 8-7 by halftime and then scored another goal in the first few minutes of the half. Syracuse got a yellow card about midway through the half and then UNC goes on a run to score four more goals. At this point there are 16 minutes left in the game and Syracuse is down 10-11.

The team began to break down a little; however, they were able to hold UNC to just one more point and also get a point themselves. This means that Syracuse lost 11-12. 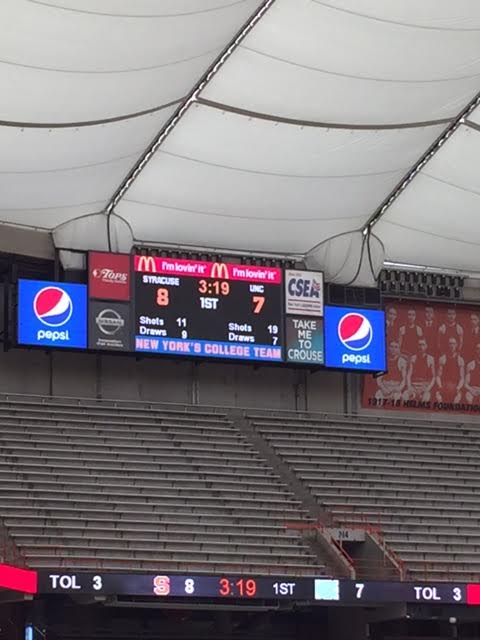 The women travel to Cornell on Tuesday to play the NCAA 20th ranked team. 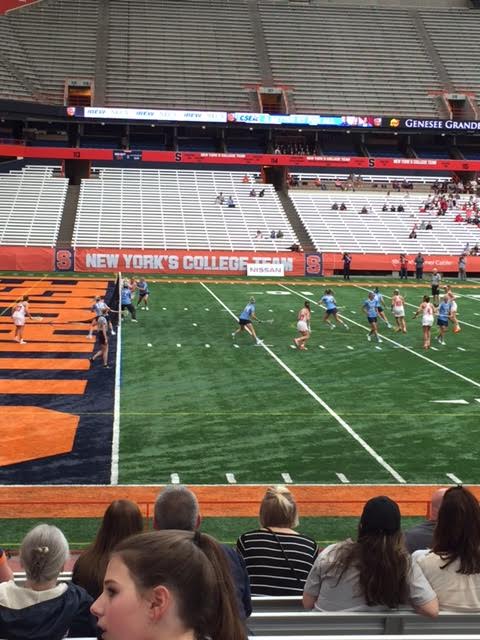 Here’s what you need to know about the men’s game:

The men’s team controlled the bulk of the game and won comfortably against #3 ACC ranked team. There is not much to say about the men’s game except that Syracuse was definitely dominant the entire game. By the end of the third quarter Syracuse was up 9-4 against UNC. In the last quarter Syracuse got four more points and UNC got three points to make the end result 13-7. 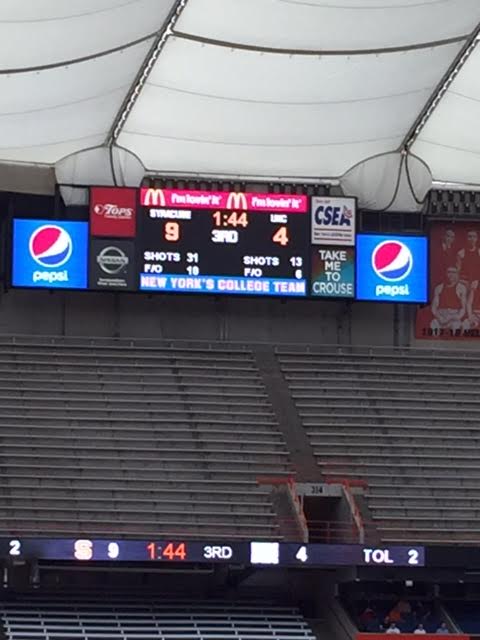 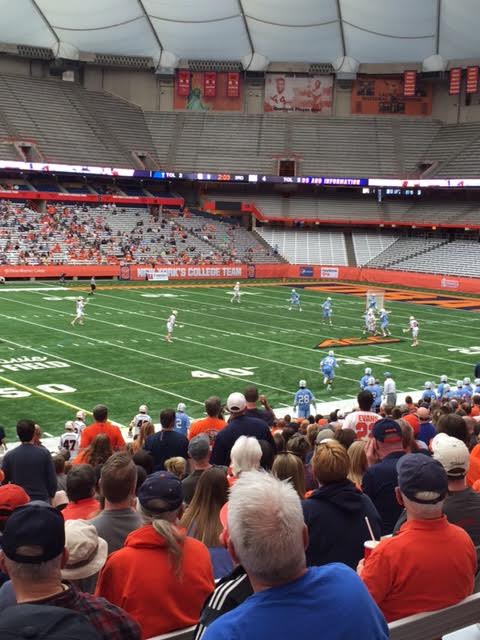