The minor accident occurred outside Ernie Davis Hall around 5:15pm on the corner of Waverly and Comstock.

No injuries have been reported.

Nick Pardini, a senior who witnessed the accident told The Tab the Honda CR-V drove down the sidewalk and almost hit him.

“The other car went on the sidewalk to avoid hitting cars and almost hit another student. None of them could stop and the three cars in the line all hit each other.”

Nick called the police and they are on their way. 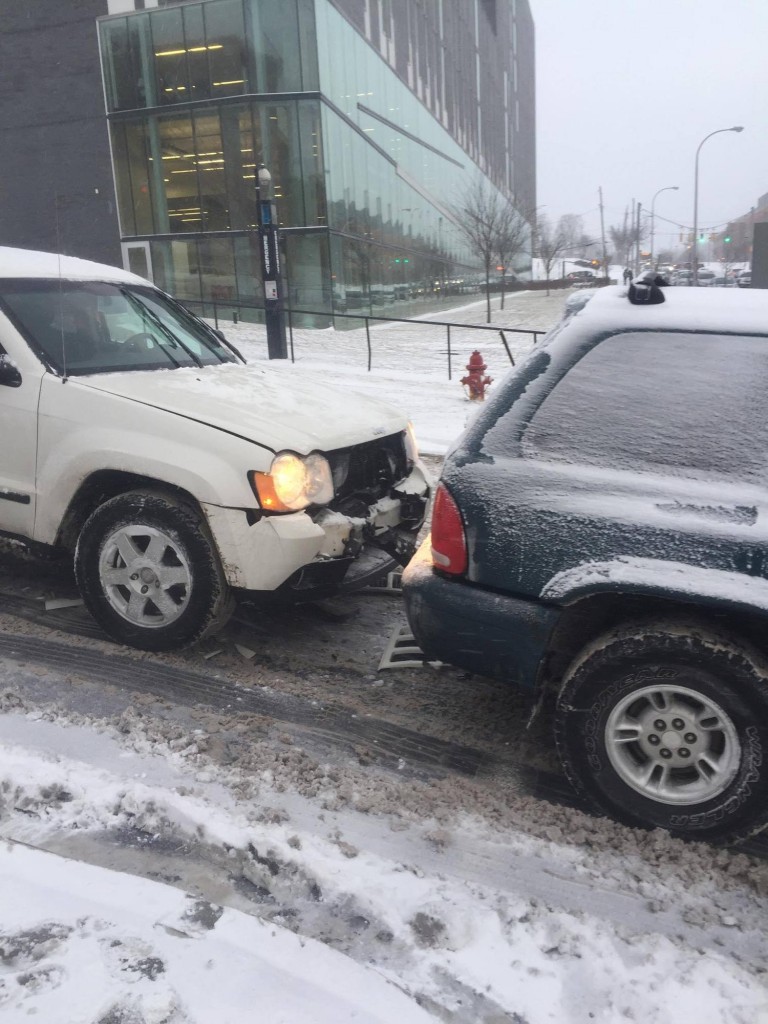 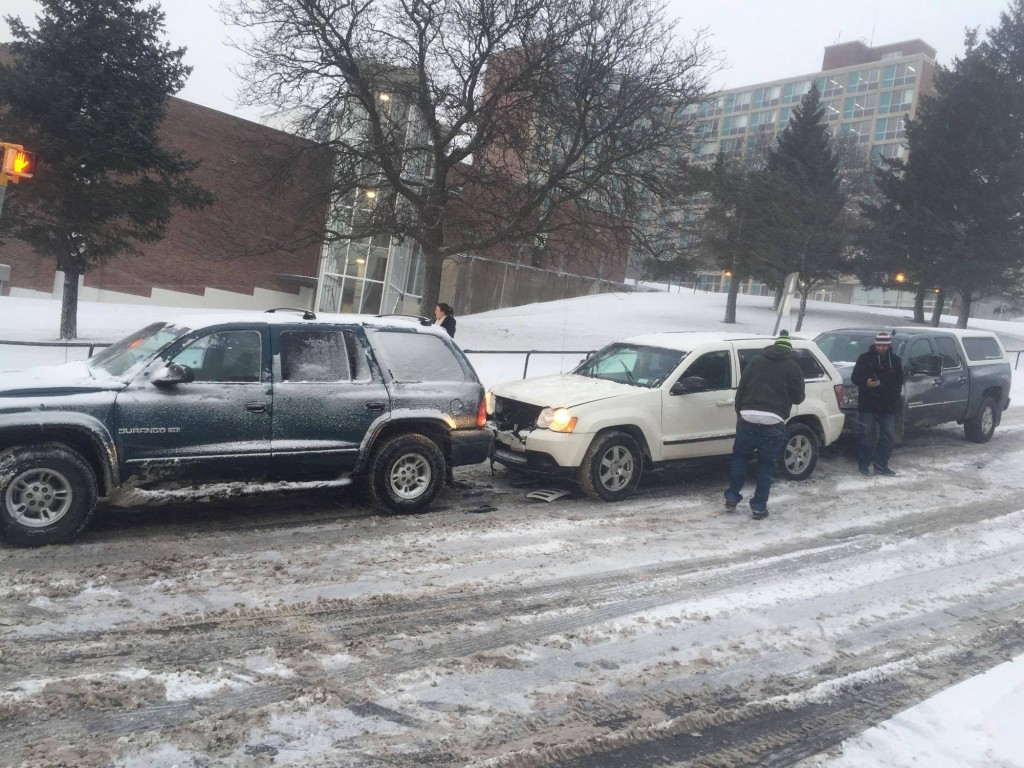