Every type of person you’ll meet at Stanford orientation

Can you spot the future Tree mascot?

Strolling amongst the palm trees under a sunny blue sky, lanyard swaying back and forth, the herd of freshmen descends upon Stanford campus during NSO (New Student Orientation). Walking into your new freshman dorm for the first time, full of expectations, what are the types of people you will encounter?

Artistic enough to make a costume from scratch. Can dance continuously for half a day more or less in said costume. Would brave the pretty much 100% chance of getting mono at FMOTQ (Full Moon on the Quad), the result of kissing hundreds or more than 1000 (to attempt to break the record) of whoever comes by on one night. Looks like we have a future Tree (Stanford’s unofficial mascot) on our hands.

The most spirited person in your dorm, the likely future Tree candidate is also the wackiest, most daring person you know. He or she is probably already preparing for the crazy antics to impress the judges for Tree Week in the near future (to put it in context, the only restrictions are don’t go to jail, hospital or light yourself on fire). But the rewards are great: fame, solid alumni network (family tree of Trees), and continuing legacy, including being immortalized in the Stanford Tree Wiki page, by becoming this living legend.

Decked out from head to toe in Cardinal Red, you will find the Spirit Animal at every football game, cheering in the front of the Red Zone. He or she may also be a part of the one and only LSJUMB (Leland Stanford Junior University Marching Band) or Axe Committee. Full of boundless energy, the Spirit Animals are the ones who will rally everyone to roll out to Stanford Athletics games and probably will acquire a mountain of free Stanford swag by the end of the year.

The Stanford Band will celebrate its 50th anniversary as a scatter band later this week at #StanfordReunion. #allrightnow #gostanford

These individuals have already founded their own startups, created viral apps, or made super cool technological advances that you can’t even begin to comprehend. Aspiring to be the next Steve Jobs or Elon Musk and probably going to be a CS major, uber-techies will take a crazy workload to pretty much finish the CS core and more their freshman year. Always looking for the next venture, joining hackathons and competitions, they’ll be the ones to charm recruiters with raw talent into job and internship offers at CS career fairs their freshman year. They may also follow the stereotype and drop out/take quite a few gap years in the future to pursue their dreams.

More than 700 entrepreneurs from around the world came to Stanford’s campus for #GES2016. Following his remarks in Memorial Auditorium, President Barack Obama joined Google CEO Sundar Pichai, MS ’95, backstage to virtually meet with a few who weren’t attending in person. Photo by @the_kehoe

Engineers are pragmatists and problem solvers who tend to focus on outcomes and solutions, so much so that their accomplishments are often overlooked. Honoring these under-appreciated specialists is one of the reasons for the #StanfordEngineeringHeroes program. “Today, we are privileged to add Perry McCarty, Reed Hastings and Martin Fisher to the list of engineers whose contributions have advanced social and economic progress,” said Persis S. Drell, dean of the Stanford School of Engineering. These innovators have developed new ways to treat sewage, deliver entertainment and alleviate poverty. Read more about the good they are doing in the world by clicking the link in our profile.

Basically, the nicest human being ever. Dorm moms/dads are always willing to listen to your troubles and woes ranging from the struggles of orgo chem to homesickness, providing solace during rough times (the college transition is tough). It’s almost unbelievable how selfless and compassionate they are. Oftentimes, they also have cooking/baking talents or are very willing to share good food; no wonder they are your favorite people on-campus. After all, food is the way to a college student’s heart & soul. 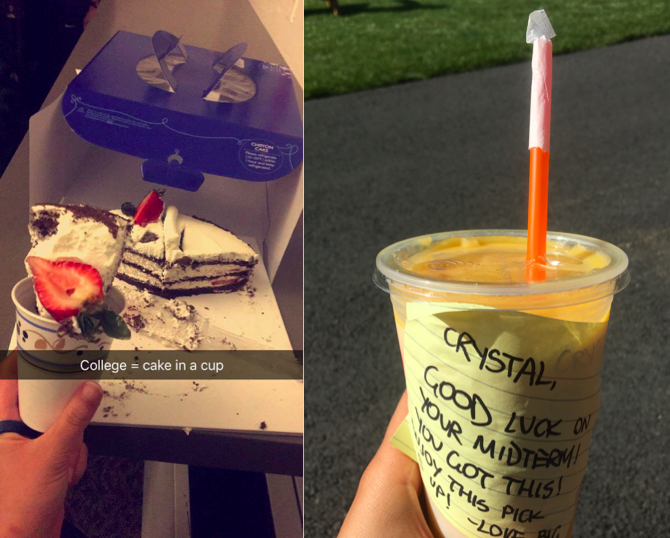 A combination of brains and brawn, the Mathlete Athletes manage to balance hella long and intensive varsity training schedules as well as office hours and a full Stanford course load. They are off to practice at the crack of dawn and aren’t back until evening, yet they still have to time to study and ace all their exams. Our Heisman Trophy runner-up is an Academic All-American. How can one comprehend such superhuman capabilities?

Wheels up to the Bay Area. We practice what we preach. #GoStanford #fearTheTree #nerdNation

If there is anyone that has the ambition or capability for world domination, it’s probably these people. They know global and domestic affairs/policies like the back of their hand. Often very opinionated, they always have something to say and can debate everyone on everything. These individuals are also the people you go to if you want really deep philosophical, psychological musings during the wee hours of the day. Who fits such a bill? Well, apparently Emperor Palpatine — ambitious on an intergalactic scale and as long as you overlook his evilness– was quite suitable for this position. In fact, he ran for ASSU Senate last year and actually had enough votes to claim the 8th and final Senate seat. However, through a fair and square lightsaber battle accompanied by Star Wars theme songs courtesy of the band, Emperor Palpatine was duly overthrown by a daring freshman for the throne.

These globetrotters have traveled or lived in more countries than you can count. They may also possess multiple nationalities and passports, probably attended an international high school or boarding school. Fluent in an insane amount of languages, they are full of stories from their travels and activities abroad (i.e. may have started a NGO to help alleviate poverty in a third world country). Furthermore, Mr./Ms. International is definitely the person to mooch off of for yummy international snacks and treats.

How many of these Japanese flavours can you name? ? #mybreak

Truman Hanks. Jennifer Gates. Jackie Emerson (Hunger Games: Foxface). Many people of “royalty” go to Stanford. However, many of these individuals try to be low-key and blend in really well with other students; so much so that oftentimes it’s quite a surprise. They may be eating breakfast in a table across from you in a dining hall, playing beer pong at a frat house, or be your roommate. So, keep on the lookout because there may be some familiar and famous faces at NSO sending their kids off to college. 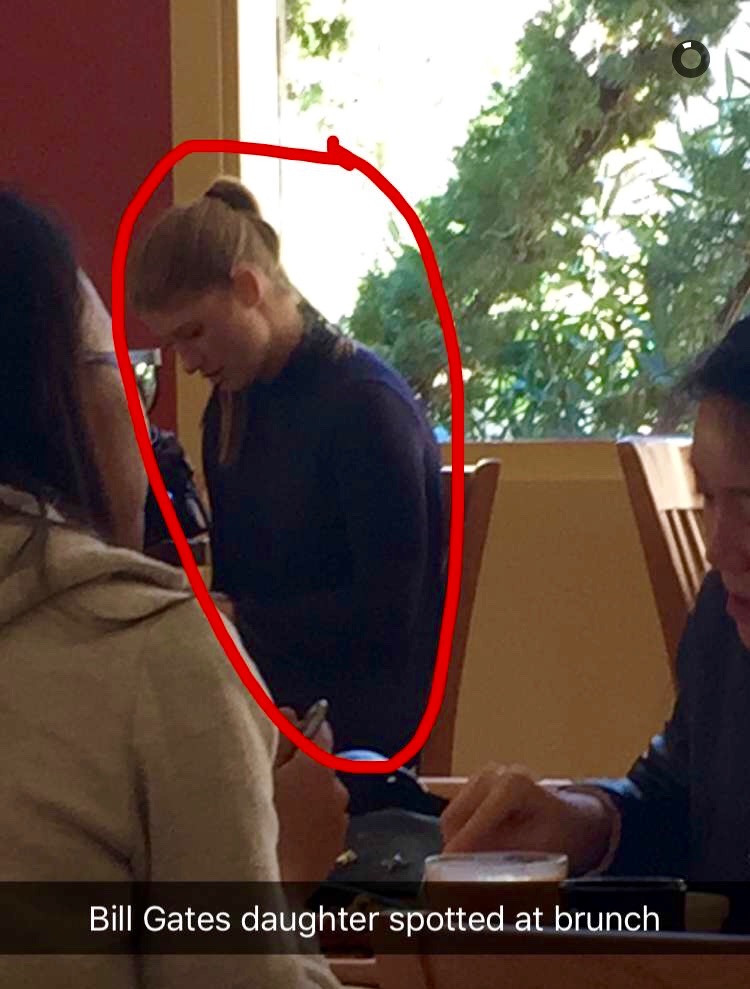 Ready to darty. Ready to party.

Has a tendency to over-drink and come back at night completely wasted (the night drunkenly documented on Snapchat of course). Actually spends considerable time and creative energy on their outfit to match the theme of the night’s main party. Rolling out to pregame with their friends way early. These are the hardcore partiers at Stanford.They will know all the houses on the Row before you even figured out how to get back to your dorm from class. Depending on their experience and decision-making, these individuals may be repeat transport-ers (aka hospital transports). If their efforts pay off, they may revive or uphold your dorms’ notorious titles ranging from Transport Trancos to Twainwreck.

These are the guys or girls you may have spotted briefly during move-in week  and never see again. You’ll probably never know their names or if they really exist, even if they are in the same dorm as you. They either spend all their time in their rooms or are never in their rooms (maybe they sleep at Office Hours or the Engineering Quad?). They could be at FroSoCo for all you know (for an East Campus freshman, that’s basically like being in another dimension, it’s FroSoFar). At best, you may spot them from time to time in the hallway, perhaps drifting silently to the bathroom.

The pranksters will really drive you crazy. Start a dorm prank war with them, and you will lose for sure. They can get really creative with the stunts they pull and the jokes range from a disappearing mattress to a hot tamale-ed door. It’s never boring to be in your dorm when you have these individuals and their lovely sense of humor around. After all, we may need their brains and pranking genius during Big Game Week to combat Cal’s sneaky tricks. 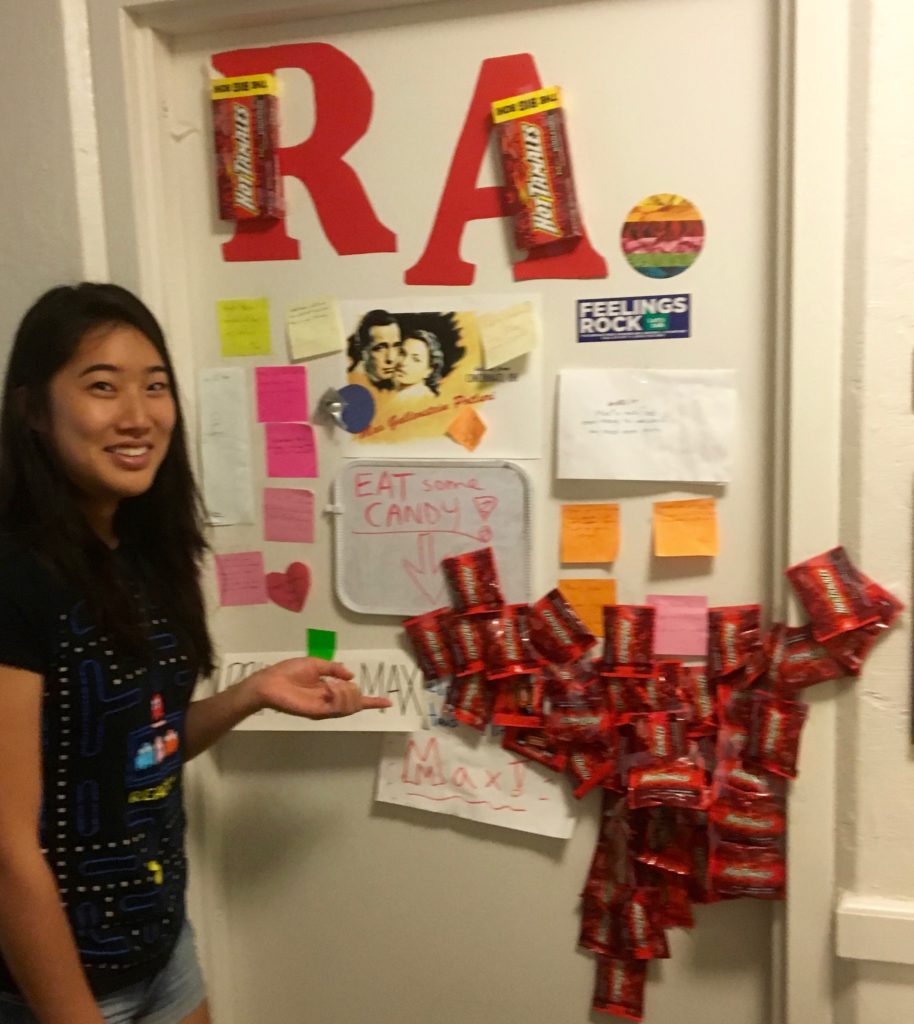 All in all, these are but a few types of the many diverse individuals you will meet at Stanford University.See for yourself when you get to campus, some individuals may even be a complex combination of many of these categories. So get hyped for NSO and welcome to The Farm! 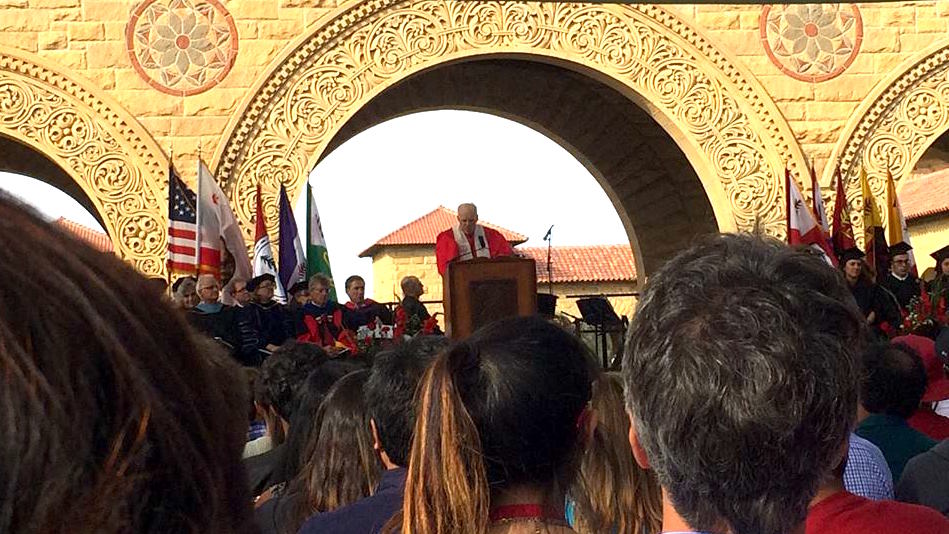