Activist and Organizer Tarana Burke speaks at Rutgers on creating #MeToo, a movement with meaning

‘If you’re not scared, it’s not really courage’

Civil rights activist Tarana Burke joined the Rutgers community last Monday night to share how and why she took her roots in activism. What bloomed in the years to come was the #MeToo movement. Centered on survivors, the movement has empowered women, and men, worldwide to come forward and share their stories and experiences with sexual violence. Burke voiced what it takes to lead a movement, and how to retain its impact.

The Bronx native got her start through the 21st Century Leadership Organization, dedicated to channel the pride that she held in being black, into something significant: change.

"Pride is good, but action is better." she said.

Through rigorous training, she learned from civil rights veterans how to organize for change.

In 1989, Burke first organized against Donald J. Trump, who ruthlessly called for "justice" regarding the Central Park Jogger case, and remembers feeling empowered after rallying against.

"[Just] coming up with an idea, talking to my friends, going out and gathering more people together, and then implementing this idea…that was the start of me really feeling like an organizer." 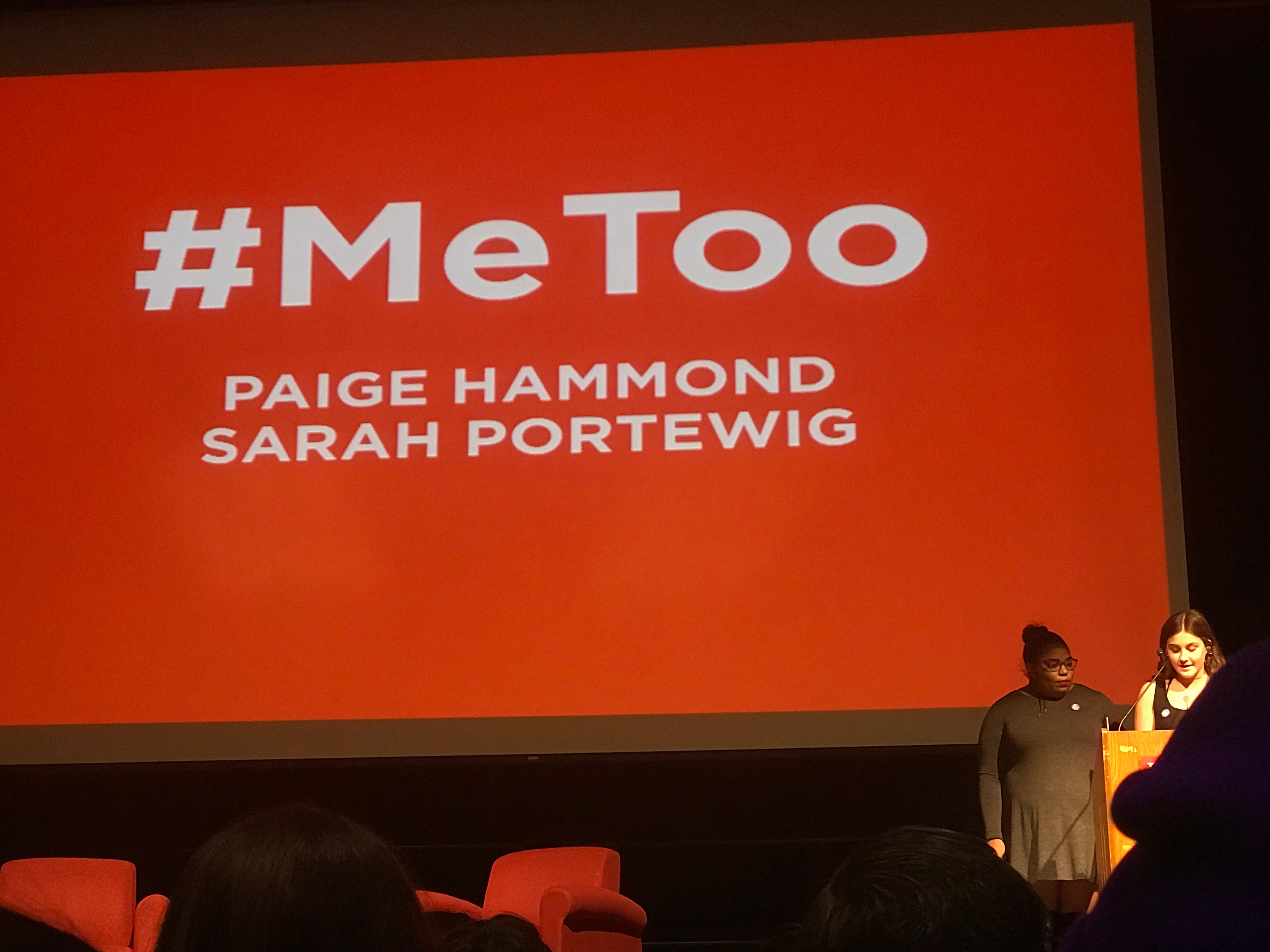 Burke went on to work for 21st Century, directing a program called "Sister-to-sister", where young girls who were undergoing training in the program, were able to speak their minds on anything that they wished.

"Inevitably every year, some girl, or more than one, would tell us some story that involved sexual violence." she said. There were counselors and resources available the girls, and that was usually the route camp directors took. But something about 1996 was different.

"I saw a girl who would try to insert herself in the conversation, but shy away.

"She found me the next day, and something in my spirit told me 'I know what she wants to say.' I said okay, and literally, I felt like I held my breath for five minutes."

Burke publicly refers to the child as Heaven, a girl who disclosed that she had been facing sexual violence at the hands of her mother's boyfriend. Burke recalled feeling overwhelmed. "I felt a connection. A familiarity in a way that was too much."

Burke had been struggling with her own survival story at the time, never considering herself a "survivor". After cutting off Heaven and sending her off to someone who could help her, Burke felt that "She was an adult disappointing a child… I really broke her heart." All she wanted to tell Heaven was "Baby, me too. This is something that I know, and I get, and I hear you and I believe you." But she didn't have the language to express it.

The TIME Silence Breaker, went on to found Just Be Inc., a program that helped young girls foster the concept of self worth. After bringing the program into schools, Burke noticed that time and time again, the girls would speak of incidents of sexual violence.

An incident at a middle school regarding a young female student and a principal, where the principal made her dance for him in uniform, led Burke to face what she's known all along: there needs to be a dialogue for sexual violence. "This is something that was tearing our community apart right in front of us, and nobody was talking about it. Like our children were throwaway." she said. Tarana Burke for TIME Magazine's Person of the Year 2017: The Silence Breakers.

The birth of the Me Too movement came out of a place of simply wanting to do better for her community. "I was trying to find a way to connect to these children. To let them know that they were seen, heard, worth fighting for, and valuable." she said. Unsatisfied with crisis and resource centers lack of on the ground involvement, she took action.

Burke started off by giving young girls language. "A lot of the girls we were working with couldn't even describe what they were experiencing because they didn't have the words." she said. "Nobody had ever told them really plainly, 'This is rape. This is statutory rape. This is what this means. This is what assault looks like.'"

Wanting more visibility, Burke and a friend created a Myspace page for their organization. That's when she realized that the epidemic of sexual violence was bigger than she thought.

"We had like 500 women who connected with us, and they were sending us messages like 'Oh my gosh, thank you for doing this.'" she said. "Or they were just saying 'me too.'" Understanding that the young girls that she was mentoring eventually grew up, she pointed out that "[we] have millions of survivors walking around holding on to this… There were so many people who needed resources." The solution Burke came up with was healing circles.

"It's kind of like an Alcoholics Anonymous model." she said. "And you create a safe space for other survivors to come, and just be. Just exist." 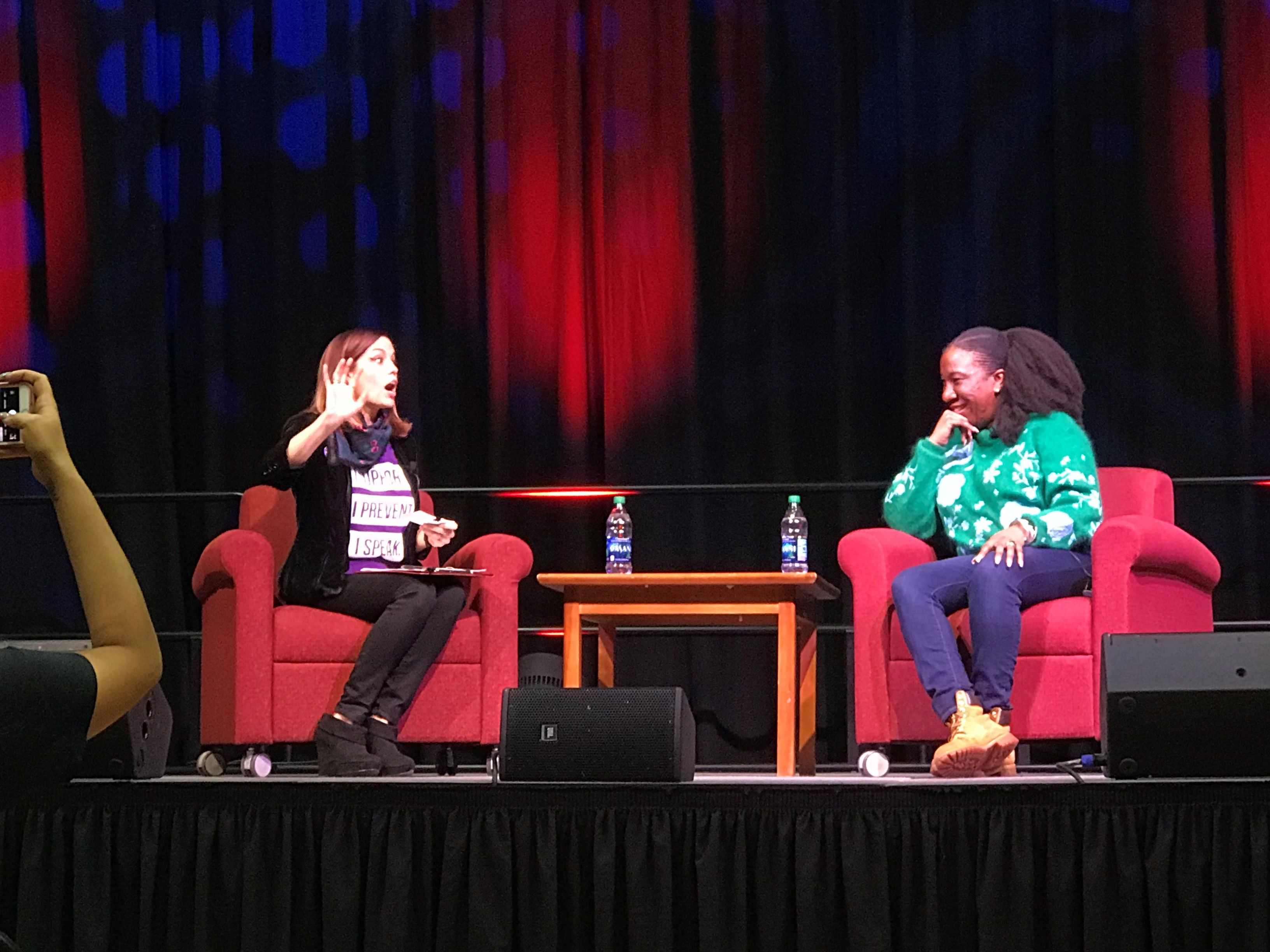 Burke says that was what Me Too has been for many years, at least until October 15, 2017. Alyssa Milano sent out a tweet using #MeToo, and throughout the day the hashtag went viral, spreading across all social media platforms. Without knowledge on Burke's work, Milano didn't credit Burke– and Burke admitted to having a panic attack in response.

"'This is my life's work.'" she recalls saying. "In that moment, I was convicted. I was like, 'what are you doing, Tarana?'"

"This is thankless work." she said, soft in her tone. "It's work that you get up and do everyday just because you know you have to… because you are driven to do it."

"My life have been in service. My whole life has been in service." she said while choking up. "I call myself a servant leader, because you cannot lead people if you are not willing to serve."

With that, Burke made the decision to include herself in the newfound form that her movement had taken. "These are not two random words. This was not an accident, so let me help you. This is something that I try to do for all of the people who I saw pour that pain out onto the internet with no container to process it." 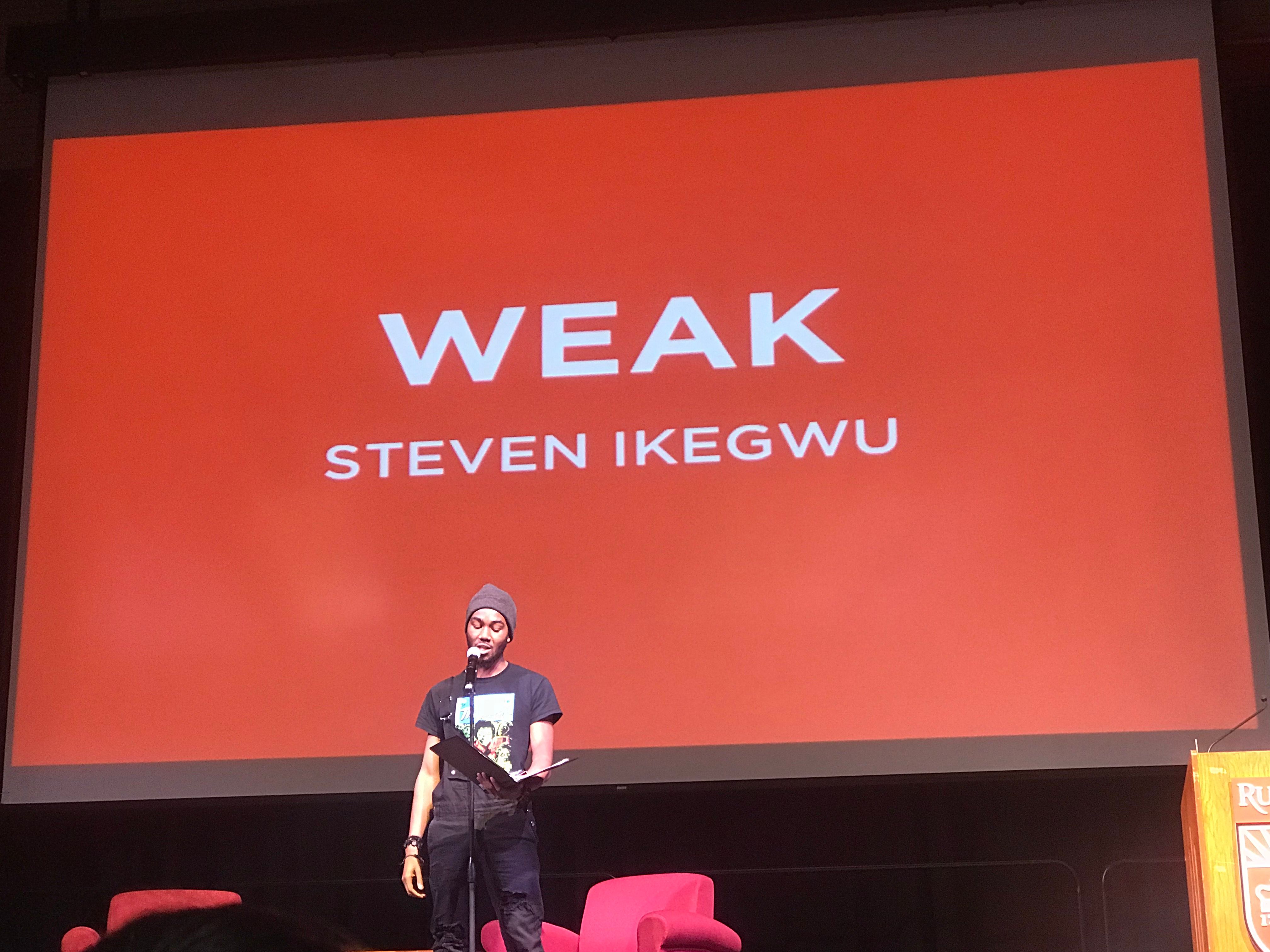 With all that the Me Too movement is, Burke made sure to state what it isn't. "One of the big misconceptions is that this is a witch hunt." she said. "I've never had a person come to me and say 'I want to take down this person'. They say 'I need help.'"

"Another misconception is that Me Too is just about sexual harassment in the workplace." she said. "[It's] about addressing the entire spectrum [of sexual assault]."

Before wrapping up for the night, Burke defined the work of her movement. A question is raised (admittedly by myself, to myself): Isn't that what you've been doing all night? I answered myself after she spoke: No.

"[It's about] healing. It's about healing as individuals and as communities. It is about interrupting sexual violence wherever it lives." she said. "One of the ways we do that is called Empowerment Through Empathy. It's just an idea that the exchange of empathy between two survivors gives the other person power."

"Ultimately our goal is about creating a space for folks to cultivate joy." she said. I promise you [that] joy saved my life."

Whether you chose to say "me too." or want to continue the dialogue on sexual violence, there are resources not only on campus, but throughout our communities. You can start by learning more about the Me Too movement here.