Rutgers students are seeking answers in the death of Kenny Patterson

His friends have also paid tribute to him

Rutgers freshmen, Kenny Patterson, died on the early morning of December 9, 2017 after being hit by a train at the Jersey Avenue station, 2.6 miles away from New Brunswick campus.

The details of Patterson’s final night are being investigated by police, but Rutgers students are determined to find answers to the unanswered questions.

Through the powers of Snapchat and Instagram, Rutgers students have circulated Patterson’s story and are encouraging people to speak up if they have knowledge or recollection of the night’s events.

Snapchat stories have been reposted countless times through accounts that stretch far beyond our school perimeters. The message written on behalf of Patterson’s family offers an explanation of the night, followed by a call to action. 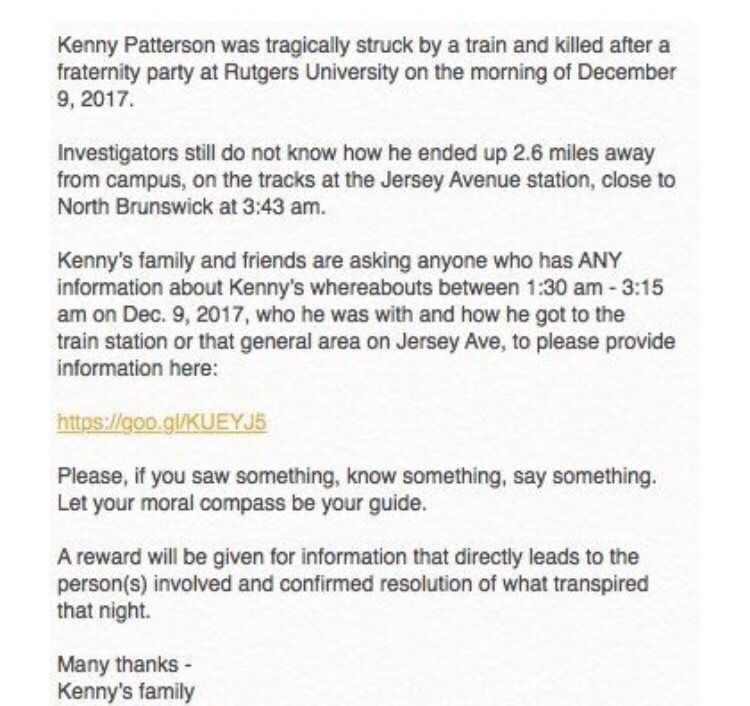 The Patterson family's plea for answers to the Rutgers community via Snapchat.

Patterson’s social movement was featured on the Barstool Instagram and the message prompts students to be vocal and make a conscious effort to help.

Along with the Barstool Rutgers Instagram page, there was an Instagram account created under the name of @justiceforkjp designated specifically to gather further information about his tragic death. The reward for investigative information directly linked to Patterson is being funded on the “Justice for KJP” GoFundMe page with a goal of $5,000. The excess funds will be donated to Make-A-Wish Foundation. The link can be found here 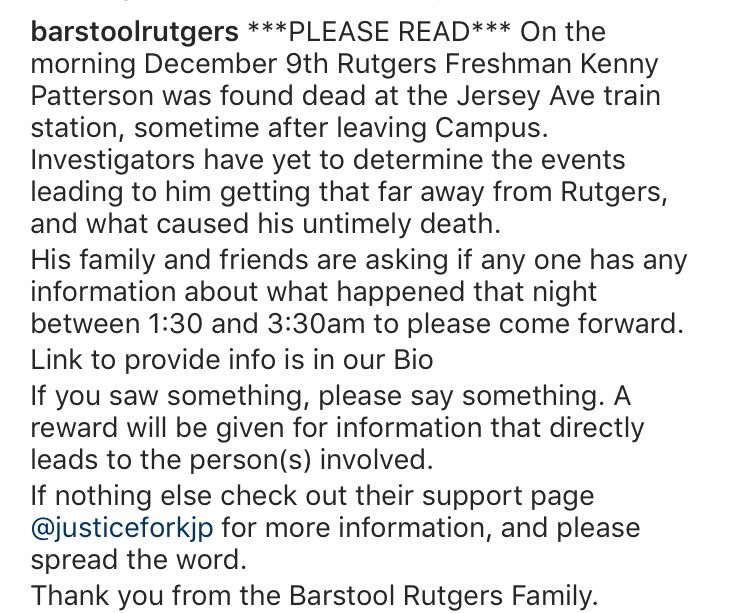 Patterson’s best friend, Lacrosse teammate, and fellow Rutgers peer, Shane Dougherty, has invested much of his time and energy into shining a light on Patterson’s story. His admirable drive to put the pieces together is prevailing.

He said: “The twitter and Instagram accounts were created to spread awareness about the situation, giving us a bigger audience to share his story to. Barstool was a huge help, tons of people reached out sending them DMs asking to post regarding Kenny. Barstool has over 7,000 followers, majority being Rutgers students so gaining the followers wouldn’t be possible without their help, they were extremely cooperative and supportive throughout the entire process. People can view the Instagram and twitter page to see Kenny himself, along with the description of what we know so far”

Another longtime friend of Patterson’s, Rutgers freshman Shannon Treible, paid tribute to Kenny’s character, and the extent to which he affected the Rutgers community. “Kenny may have been the funniest most genuine person I know and his death has affected everyone that was even remotely involved in his life. Rutgers feels different not running into him and hearing his laugh. He was a special person and as a community we can only come together by praying for his family and hoping to find answers,” Treible said. 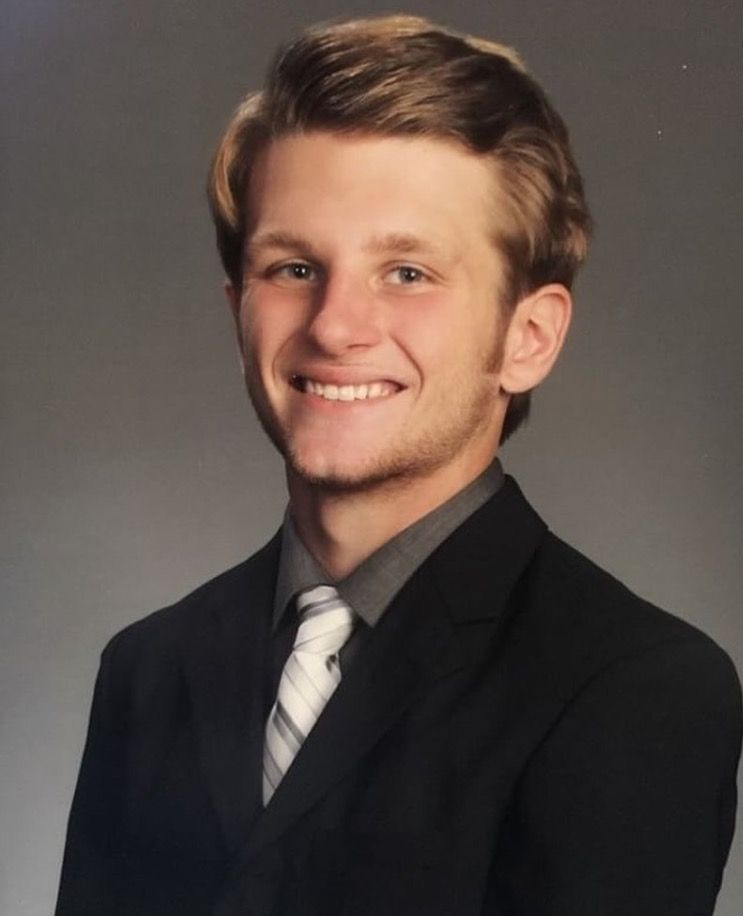 Dougherty vouches for Patterson’s exuberant character, and his touching words are enough to make the Rutgers community do all in their power to prevent another related incident from occurring. “Kenny was one of a kind. He had an infectious personality where he always brought up others and never failed to put a smile on anyone’s face. One thing I took away from knowing Kenny that everyone can learn from is to love yourself. He was never afraid to act goofy or do things many others wouldn’t do due to feeling judged. He was himself, at all times and never acted differently around anyone, even a stranger. Kenny loved life, embraced the little things and lived his life to the fullest. I have no doubt that when his loved one’s reminisce about him they take away an important life lesson that they can apply to their own lives for the better. Everyone knew when Kenny was in the room, he had an unmatched presence that will never be forgotten.”

Again, if there are any details of Patterson’s whereabouts or direct links to the late night of Dec. 8, 2017 going into the early morning of Dec. 9, 2017 do not stay silent. The Patterson family seeks answers and closure, and the Rutgers community has the ability to provide exactly that if we handle the situation ethically.