US Senator Cory Booker (NJ-D) was hosted by the Rutgers Eagleton Institute of Politics this week to promote his new book, United: Thoughts on Finding Common Ground and Advancing the Common Good.

After a decade in public services, Sen. Booker has compiled his personal and professional experiences in his book. The senator hopes that the publication of his book will show everyday people that they can make a difference right now in their communities.

Speaking at the event the Senator said: “So much of this book returns to the theme of the power of human kindness.” 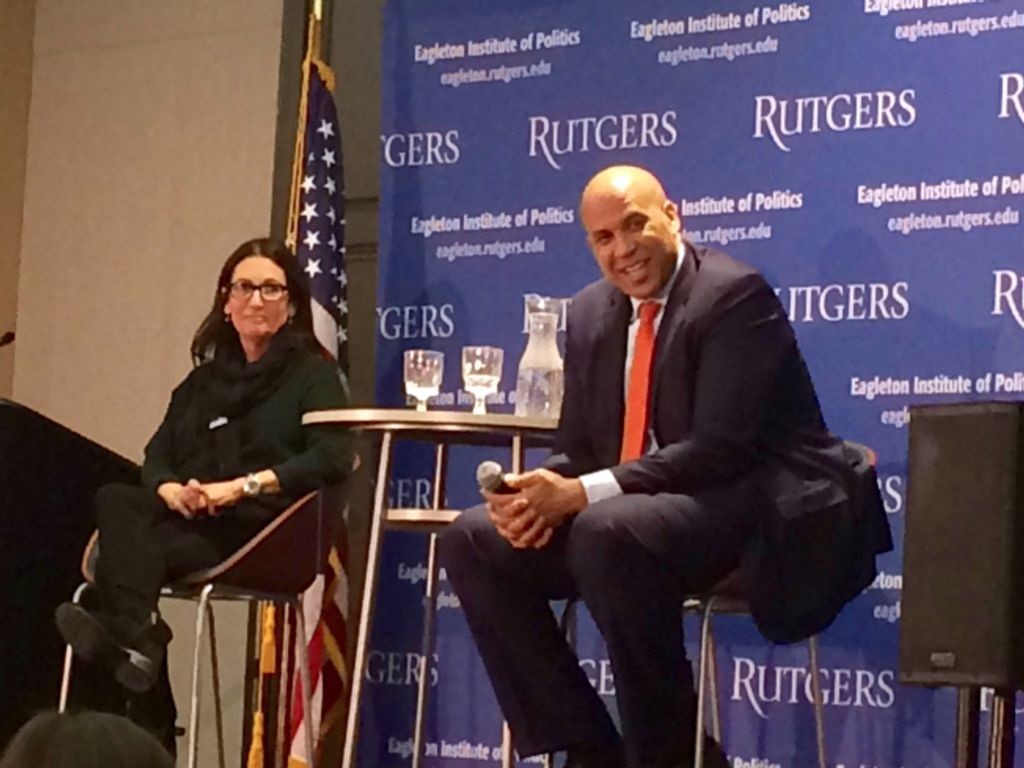 Bobbi Brown and Senator Cory Booker on stage at the Rutgers Eagleton event.

Brown and the senator discussed many stories of community and mentorship that Sen. Booker had during his life.

The senator stressed what he calls “courageous empathy” and that real change is made through “the interventions of ordinary americans who showed in their lives extraordinary kindness, acts of compassion and profound generosity.”

“Don’t get distracted the people you are supposed to think are important,” Sen. Booker said. “You, right now, can do something.”

The senator gained national attention in his former position as Mayor of Newark. As mayor, Sen. Booker gained a national profile after for his efforts of reducing crime and promoting economic development projects.

He is notable for living in Newark’s low income housing complex known as Brick Towers for the entire duration of his time as mayor.

A panorama of the event held at the Douglass Campus Center. Photo courteous of @Eagleton_ru

Sen. Booker ran for the open US senate seat for the state of NJ in a 2013 special election. He was then reelected in 2015 for a full six year term.

Rutgers Junior Vanessa Raymond-Garcia came to see Senator Booker as a fan of his community work. She told us: “Hearing him really motivates me to you know continue doing the work that I’m doing for the people, for love, for compassion.

“I’m such a community person so the message of community definitely resonated.”