Zach Wahls, 26, will run to represent a swing district years after defending his parents in viral video

In 2011, a University of Iowa engineering student stood before the Iowa House of Representatives with a rousing defense of same-sex marriage. Seven years later, as a MPA student in the Woodrow Wilson School, Wahls is running to represent Iowa's 37th district in the Republican-controlled state senate. The Tab sits down with Wahls to discuss his vision, inspiration, and experiences of running the campaign.

Tell us who is Zach Wahls. What inspired you to run for office?

I’m currently a master’s student at the Wilson School finishing up my MPA, which is the two year public policy master’s program. After the 2016 election, it seemed very clear that this country was going in a radically different direction than it had been in the previous 8 years. So I decided to go into politics or policy sooner rather than later. 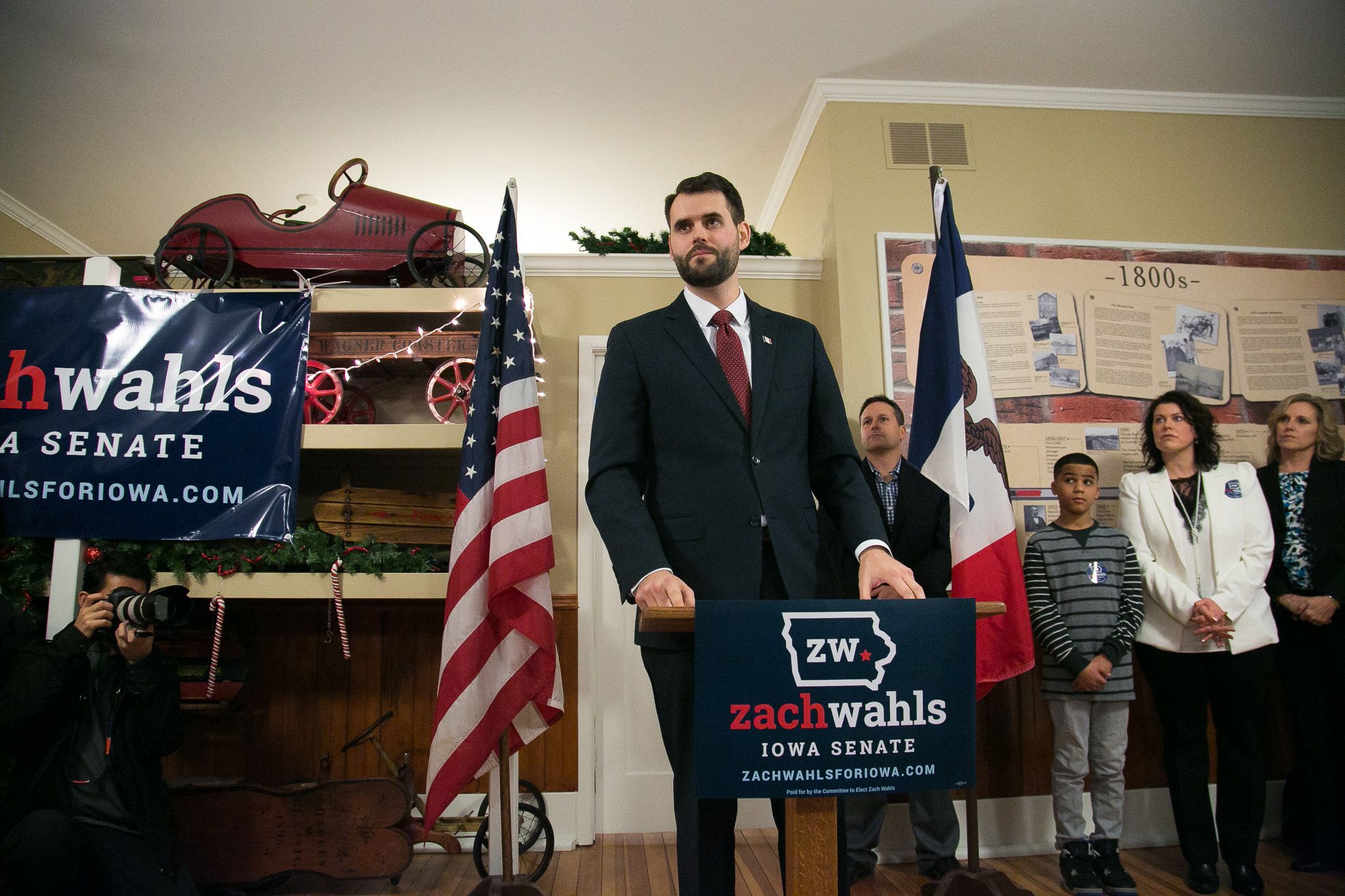 Iowa—which is where I am from­­ and where I grew up—had the single largest swing from supporting Barack Obama over Mitt Romney in 2012 by 6 points to handing a ten-point victory to Trump over Hillary. That 16 point swing was the largest of any state that flipped from Obama to Trump. State Republicans here took complete control of our government from the governor’s mansion to the state house and the state senate.

Last year, Republicans in Iowa raged an all-out assault on a lot of the government programs that make up the social foundation of our state. They went after health-care; they went after workers’ rights. As I looked around, it became clear to me to get back to Iowa as fast as possible. What I see is a government here that is not listening to the voices of Iowans, and this is an all hands-on deck moment. For me that means more women running for office, more young people running for office, more people of color running for office. In August, my state senator, a gentleman named Bob Dvorsky, announced that he would not be running for re-election in 2018. So I decided to go ahead and throw my hat in the ring when another candidate, my former high school AP US History teacher and the mayor of Coralville decided not to run and gave me a push.

How are you balancing graduate school and running a campaign?

Thankfully, the administration has been very flexible and accommodating. They are excited about my throwing my hat in the ring. I’m still going to be back in Princeton every 2 weeks to attend class but I’m living full time in Iowa. It’s an unusual situation and they recognize that. Funnily enough, the primary election is the same day as commencement. I won’t be able to walk but I will be able to run.

How has the Princeton Experience shaped you?

It certainly informed my policy skills. There is also a lot of economics, micro and macro, a lot of statistics, quantitative methods involved. I’m certainly much better read on political science than I was coming into the program. I took classes on poverty and public policy, on affordable housing, on legal skills for policy makers, healthcare policy implementation. That has really helped me get a better understanding of the professional policy environment. Also, my classmates are just incredible people. I can’t speak highly enough of the people I have met in my cohort. The people bring their own experiences to the classroom in things like education reform, things like social justice, racial justice, and international students who are bringing their experience abroad to the classroom.

At age 26, how do you respond to criticisms of you being “too Young” to hold office?

People have really been excited so far. Back in 2011, I delivered a short speech to the Iowa legislature about growing up with lesbian parents. After I gave that speech, a lot of people expected me to get into politics. To be honest, it wasn’t something that I was initially sure that I wanted to do. However, after I saw the difference effective advocates can make and given the current situation in Iowa, I think this is really the right time. For the most part, people are excited to see a young person step up and engaged. I’m sure there are people out there who are like “he is too young and inexperienced”, but I have not encountered them. I am 26, but I have deep roots in this community.

How do you plan on communicating your message to a crowd that might perceive you as just another “pro-Hillary millennial on the left?”

The legacy of Iowa is in fact much more progressive than a lot of people realize. Iowa was very much a very progressive states in the 20th century. Now, what has changed is that over the past 8 years or so, there has been movement in the conservative direction. So, part of my message is, we have to get back to the more traditional values we find in this state for a long time. That means, a state where we can remember we are in this together. I think when people are willing to renew that commitment to each other, to really understand that, “I am my brother’s keepers. I am my sister’s keeper.” That commitment is critical to building the social foundation that has really been eroded by conservative policies in the last 10 years. 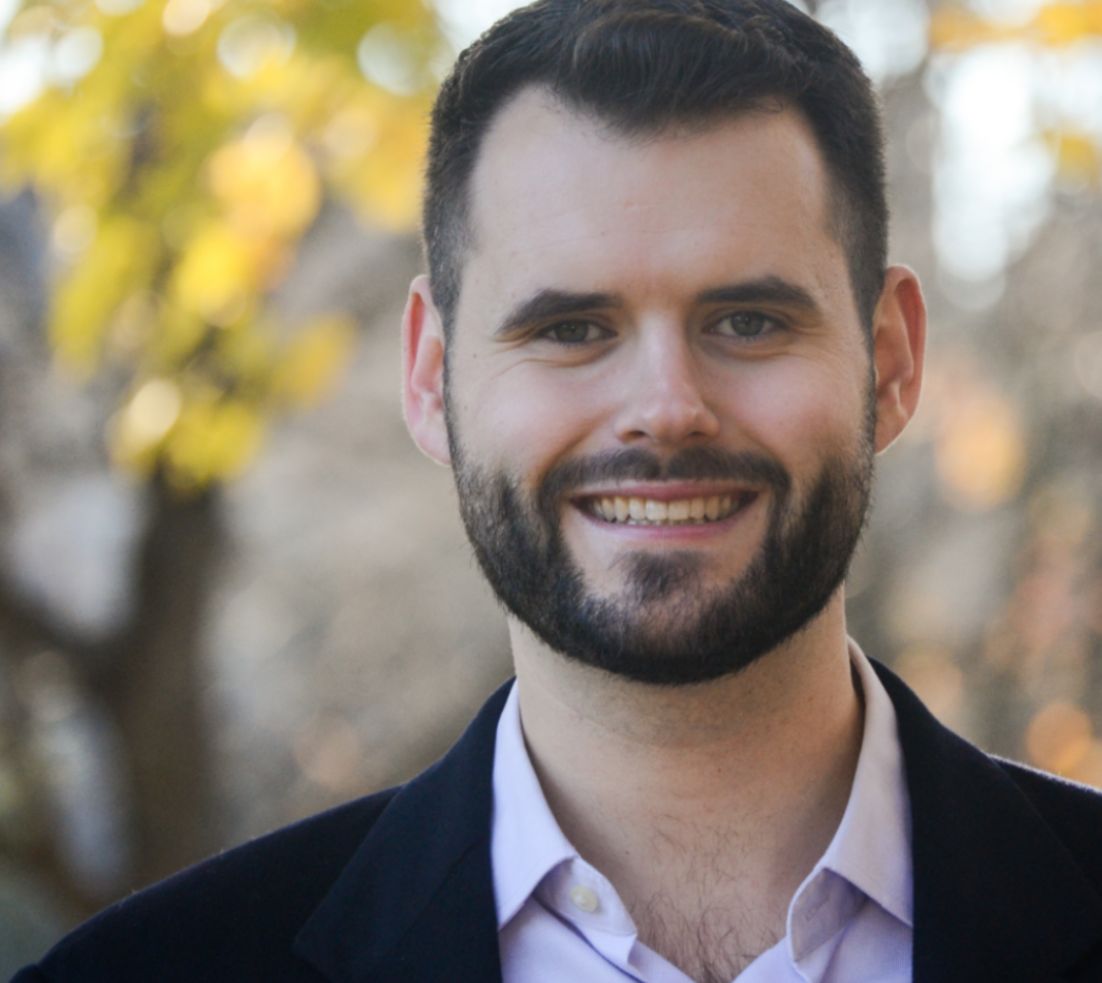 Some of the nonpartisan priorities we have to be thinking about is how do we protect the right to vote. There are several states that have adopted an automatic voter registration programs, including Illinois, which had that approved unanimously and signed by their Republican governor. There are programs like ending chronic homelessness, through an approach called housing first. Utah has used that very successfully in the past 10 years to essentially end chronic homelessness. And Utah is not exactly the bastion of progressive democrats. If they can do it in Utah, we can do it in Iowa. There are a lot of things we can do to rebuilding that social foundation that are not partisan.

What are some main items on your agenda?

The first is healthcare. There has been a disastrous privatization of Medicaid. The whole point of privatizing the system theoretically was to save money. It is not doing that. What is actually happening is that it is hurting Iowans who depend on Medicaid for basic medical services. This is a program that is supposed to support the most vulnerable Iowans. Instead, those most vulnerable Iowans are paying the price.

Then there’s education. I went to the University of Iowa for my undergraduate degree. I grew up in Iowa K-12 schools. Republicans restricted the growth of spending for K-12. Then, they slashed $55 million from our higher education budget. Now tuition is going up, and in some cases up it will climb 40 percent higher over the next 5 years to make up that difference. This is already at a time higher education is out reach for a lot of families. Raising tuition is exactly the wrong direction we should be going.

And let’s talk about worker’s rights. God, where to begin. This is personal for me because it affects my community. Republicans theoretically are the part of local control. They always say they want the local community to decide. Well, our local community did make a decision. We raised the minimum wage to $10.10 an hour, which is what it would have been if it kept pace with inflation. Republicans said nope, you can’t do that. No local control for you. And that to me is the peek of hypocrisy from the Republican party. Unfortunately, minimum wage workers in our community are paying the price. Thankfully, I have been blown away by the business community here. So many businesses in Iowa city and the surrounding area have stepped up and have voluntarily raised the minimum wage to $10.10 an hour. Frankly, I think we need to get the minimum wage even higher, but this is a good step in the right direction.

And finally there’s LGBTQ+ Advocacy. I did a white house summer internship in the summer of 2014. In that internship we interacted with several senior administration officials, including Vice President Joe Biden. Vice President Biden told us all, “you are all a bunch of white house interns. Some of you are going to run for office one day. Before you get into office, I want you to think about one thing. Who are you willing to lose for? And if you don’t know an answer to that question, you should not run for office.” For me, the “who I am willing to lose for” is especially the LGBTQ teens. I remember what it was like being a teenager feeling afraid of my government and being ashamed of having lesbian parents because that was the way the culture was. I had friends who were supportive, but that didn’t change the embarrassment that I felt. That has to change. Part of what I hope to do as an elected official and leader is to make sure that LGBTQ teens and those with same-sex parents know that if you are feeling afraid or facing struggle. Understand that it gets better and know that I am going to fight for you every single day. That if anybody does something to harm you, they are going to have to answer to me.