‘We are here to protect our families, not help deport them’

Central Jersey is home to a number of sanctuary cities, including Perth Amboy, Highland Park and Princeton.

The attendees remained firm in their commitment to helping both undocumented and documented immigrant students, upholding principles of sanctuary cities, and decried Trump’s ban on refugees as a betrayal of moral obligations due to every men of faith. 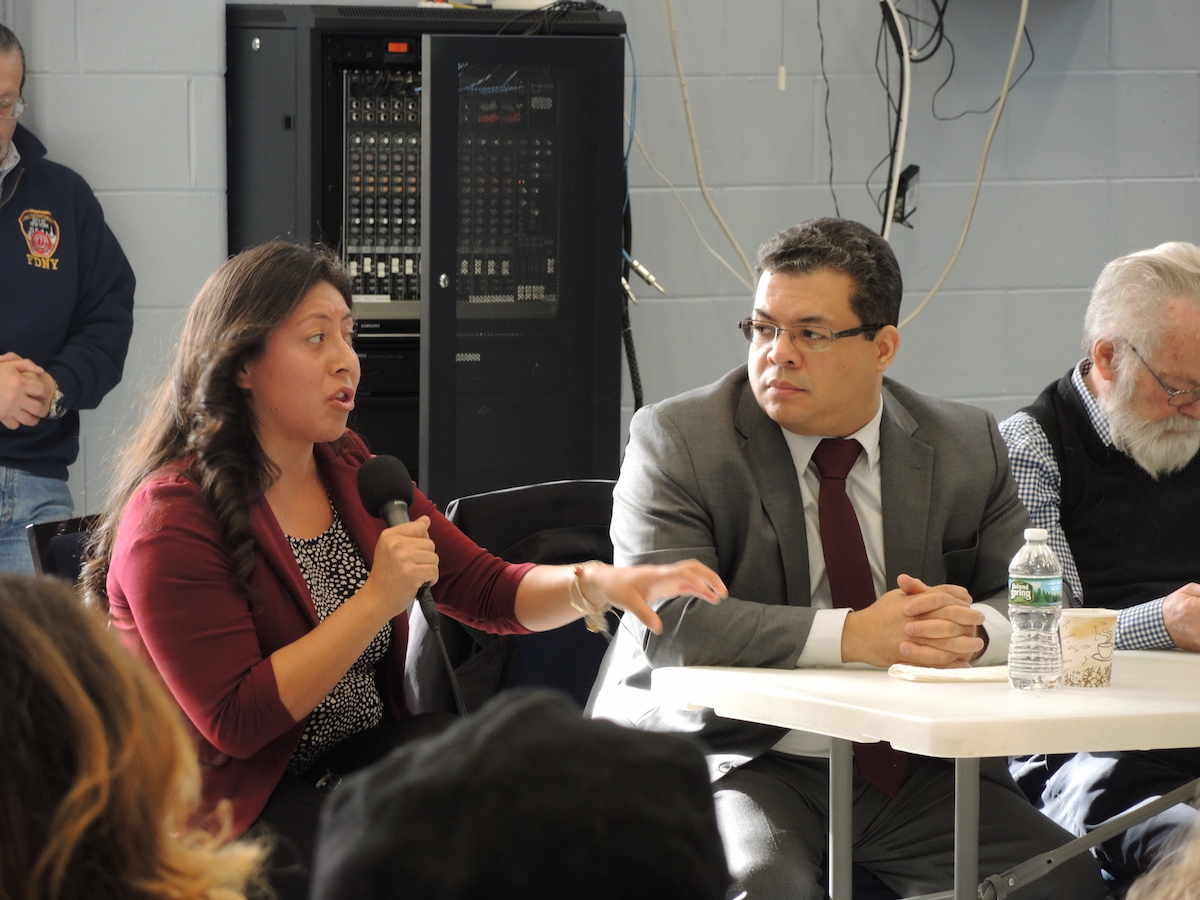 In his opening remarks, Congressman Frank Pallone (D-NJ) questioned Trump’s proposal to end funding on sanctuary cities. “Nobody really knows what a sanctuary city is per se,” he said. Taking Perth Amboy as an example, Pallone asked whether Trump would seriously consider defunding the municipality’s relief efforts if another Hurricane Sandy strikes. He added Congress will act promptly to respond to the ban on foreign nationals of seven Muslim-majority countries.

“Legislation will be introduced in Congress to go against [the Muslim Ban],” said Pallone, explaining that right after the conference, he is due to head down to DC to begin working on this potential bill which could be introduced as soon as possible in the days to come.

Pallone added he doesn’t “believe President Trump has any ideology,” and encouraged all to write to him directly. “He pays a lot of attention to his popularity polls,” Pallone said. 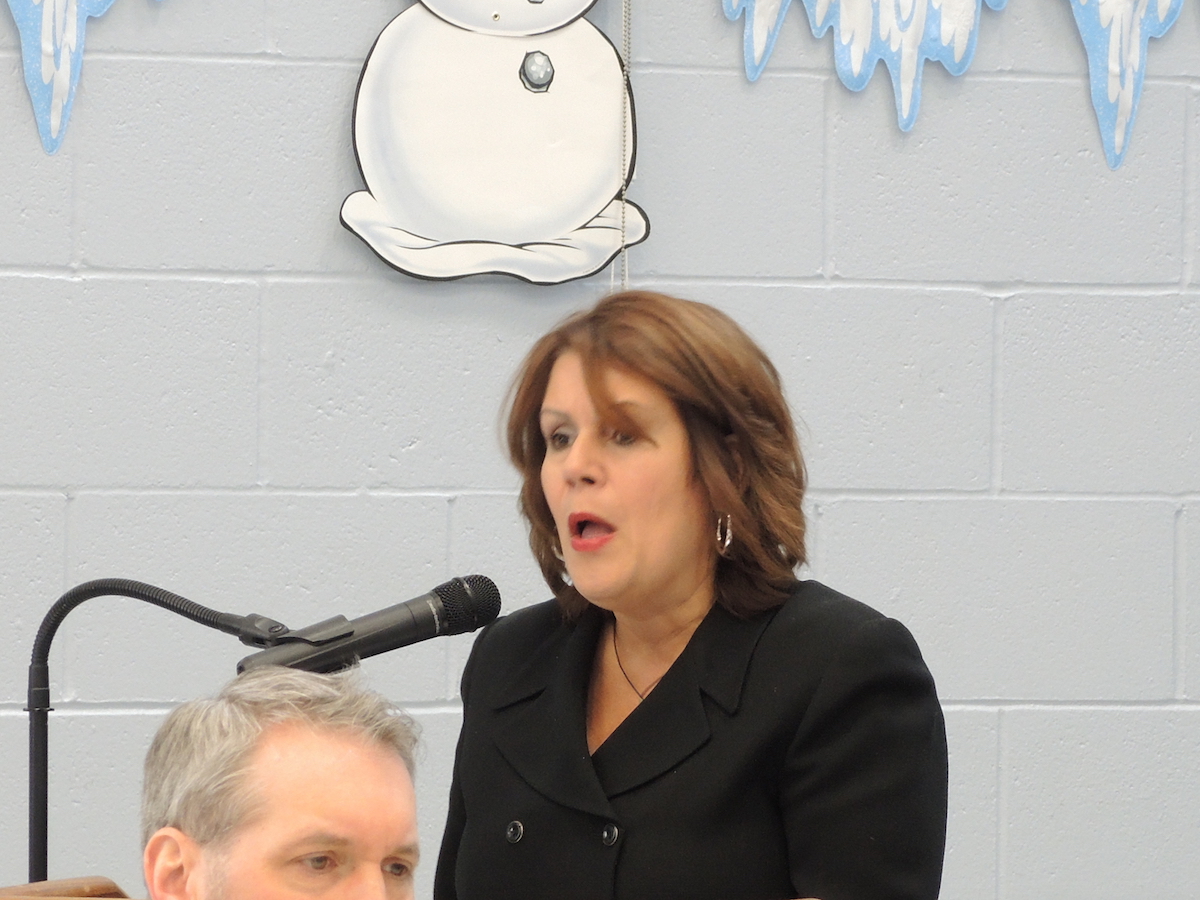 Several religious leaders also chimed in, asserting the bans are not a matter of politics but of moral obligation.

A representative of the NJ Catholic Conference reminded those presented Catholicism was once the religion that Nativists in America largely denounced.

“You were once aliens yourself, you cannot cast another alien away,” he said.

Reverend Seth Kaper-Dale of the Reformed Church of Highland Park also called Trump a bully, and said: “In one week, Trump has turned America into a state of repression and fear not only for immigrants but for all of us.” Kaper-Dale’s church was due to receive three refugee families later this month, all of which were called off by the executive orders. 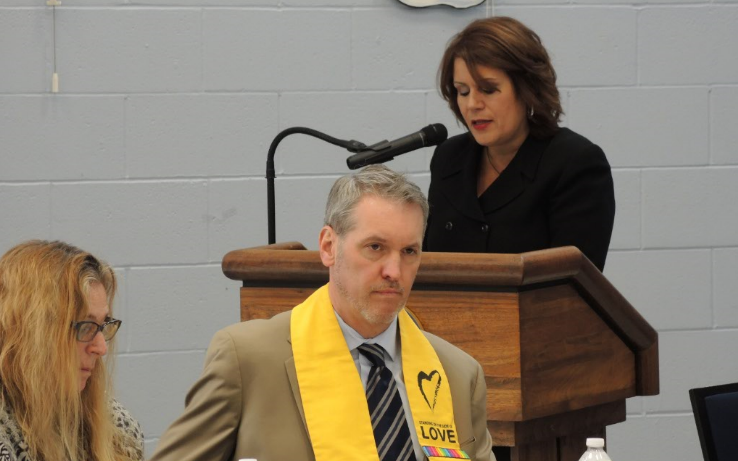 Later, a representative from the NJ Working Families’ Alliance said law makers must go beyond just passing resolutions. Echoing Pallone’s words, he said: “We need to establish a commitment of non-enforcement for municipalities.” More specifically, he called for the need to end all 287G contracts that establish local enforcement collaboration with ICE.

He said: “People who are anti-immigrant are emboldened, districts that were doing it already day feel emboldened. What can we do to send a strong message?”

A DACA recipient also spoke of her fears and frustration. To her, DACA would mean nothing if her parents would not be allowed to remain in the States.

“Will I come home one day and not find my parents anymore?” she said.

A representative from the American Federation of Teachers also shared concerns about protecting undocumented students if Trump starts to cut federal funding. “I’m concerned that because money matters, as he pulls off money, people may pull off support for DREAMERS,” she said.

Gayle Brill, Mayor of Highland Park, remarked that a resident of her town was once a passenger on St. Louis, a refugee ship bound for America during WWII that was turned away.

“She was sent to South America and later finally made her way here. This cannot happen again,” she said to nodding heads. Another representative later discussed the increased rates of violence that immigrant women may face with Trump’s new orders.

At the conclusion of the event, a Jewish member of the audience also spoke at length about Trump’s refusal to mention the Jews in his Holocaust Remembrance Day statement.

"Trump decided to not mention the Jewish victims of the Holocaust. The Jewish community is deeply offended too" @TheTab pic.twitter.com/9zfR2D0BAr