It’s OK to struggle during midterms

If Einstein struggled so can we

As many Princeton students are aware, Albert Einstein once taught at our university. Though never a member of Princeton’s Faculty, Einstein had an office in McCosh Hall and even led a seminar at the now-famous Frist 302.

With the footprints of Einstein and other Nobel Prize winners, former Presidents, Supreme Court Justices, and countless other notable alumni covering this campus, it is easy to ask yourself whether you will leave a mark in the same way.

Someone once told me that Princeton students view themselves in one of two ways: You’re either on top of the world or you’re the lowest piece of crap to have ever received an admissions letter.

To a certain extent, it’s true.

All it takes is a poor problem set grade or contributing to the exam-curve in a bad way, to take you from a brilliant, assured Princeton student to Googling “notable drop-outs” in your spare time. 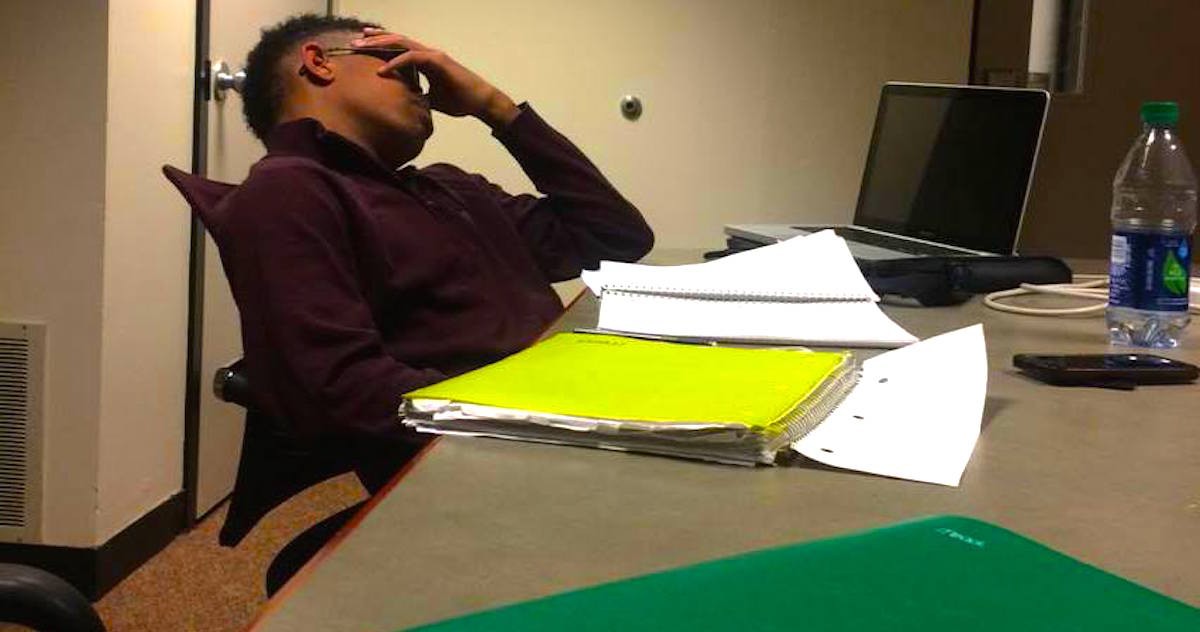 What is often forgotten however is that failure is good.

That doesn’t mean you should go out and fail every class because you will “learn from your failures” but it does mean that you should try harder in spite of failing from time to time.

Embrace the shit out of failure. Let it serve you as a reminder of where you come and where you still need to go. Worse, don’t assume that it was a clear path for every other person who has walked on this campus. All the great figures in this world, Elon Musk, Steve Jobs, Oprah, Bill Gates, etc struggled in one form of another. People make it big because they use failure as the stepping-stone to get one step further.

To paraphrase Drake, no one starts off at the top.

Throwing some science your way, researchers at Columbia University’s Teachers College tested over 400 ninth and tenth grade students from four New York City high schools. The students were divided into groups where one group read about the accomplishments of Albert Einstein and Marie Curie and the other group read about the scientist’s struggles.

What the researchers found was that the students who read about the struggles of Einstein and Curie significantly improved academically while the control group saw no change. This academic improvement was most prominent in the previously- low achieving students.

Why is this significant?

It reveals the fixation we, as students, have of success and the false-glorification of it. When we talk about success, we never mention the countless hours spent struggling, the countless thoughts of doubt and the equal amount of thoughts pushing us to go forward.

A cartoonist was once rejected from countless editors and newspapers, saying he didn’t have “natural talent.” It wasn’t until a church minister hired him to draw cartoons in the church’s shed that he saw a little mouse running around. That was the birth of Mickey Mouse and that man was Walt Disney.

Oprah was once told she wasn’t fit for television. She was told that she would never make it in the business. Her net worth is now $3 billion.

A lawyer from a small town in Kentucky once lost EIGHT elections when he ventured into politics. On top of that his fiancée died, he failed in business, he had a nervous breakdown. He went on to become the 16th President of the United States, Abraham Lincoln.

As midterms come our way, remind yourself of the long-run. A 15-page packet can never determine the potential you yourself hold. Keep grinding through and educate yourself in and out of the classroom. The world is a lot bigger beyond the bubble.

Keep it real from the jump and struggle successfully.