He has approached several women on campus

Pittsburgh Police are currently searching for Daniel Dintino, a man who has been going around campus impersonating a Pitt student in order to solicit information from women.

Several students reported Dintino bothering women in Market and Hillman. According to a text that has been circulated among Pitt students, he has a criminal history and has been arrested before.

Dintino is being issued a PNG letter and detectives are currently investigating several complaints, according to Joseph Miksch, the Director of Media Relations at Pitt.

A long text has been circulated among Pitt students that reads as follows: 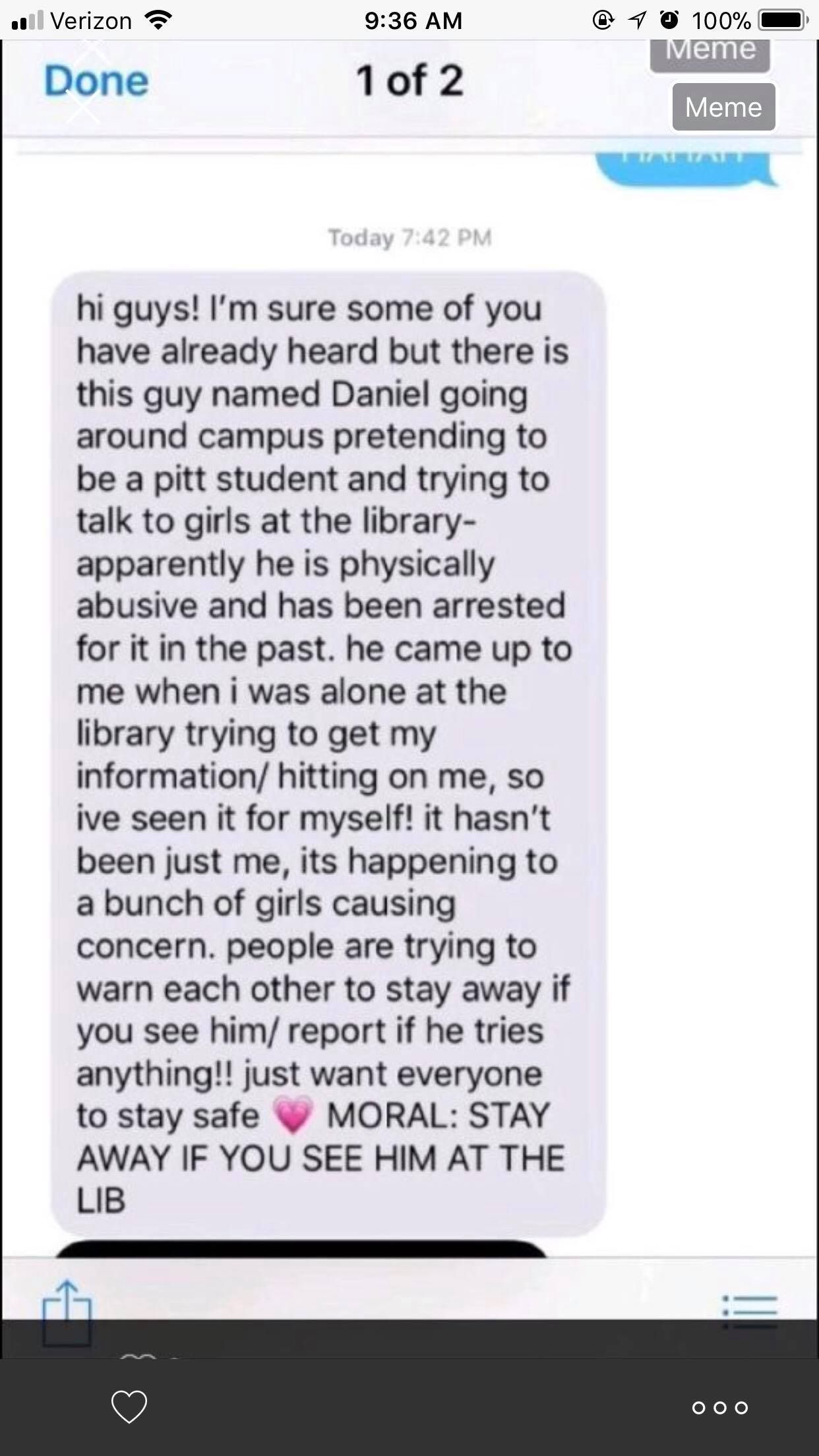 The Pitt Police recently posted on their Twitter warning Pitt students of a "suspicious subject" who they have identified as Daniel Dintino. According to their tweet, he was arrested yesterday — Monday, December 4th for an outstanding warrant out of Ross Township, but was released soon after.

The tweet warns students that Dintino may have returned to the Oakland area and encourages students to report any suspicious behavior.