The on-campus dining options at Pitt need some serious upgrades

What’s the point of having a Chick-fil-A on-campus if we aren’t going to have all the benefits of one???

Food is literally fuel for your body — it's a fact. So as a student, who constantly has something you have to do, or somewhere you have to be, having food is crucial.

That being said, we only have so many options for food on campus and it's important that the university keeps our taste buds satisfied and our stomachs full. However, some of them are slacking in that area. Lets go down the list of some of them, shall we.

Located in the basement of Cathy, Chick-fil-A feeds many students in between classes. When you visit Chick-fil-A you're immediately overcome with a desire of waffle fries and a craving for their delicious chicken. 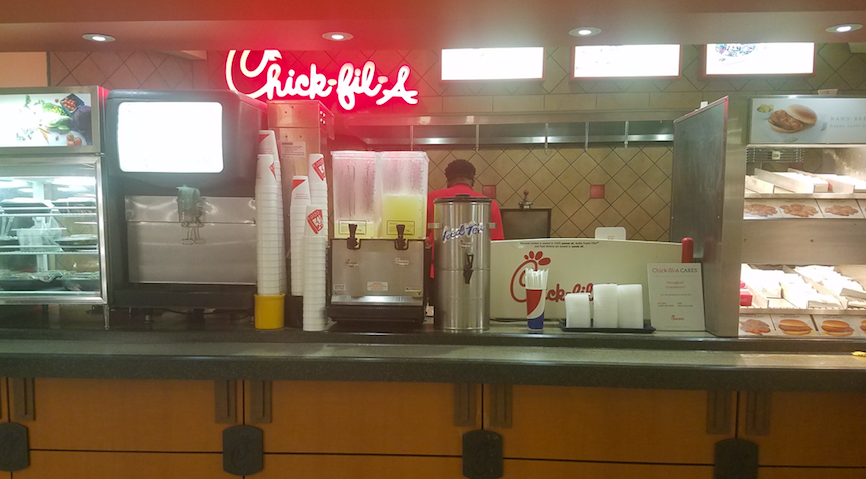 What's the point of having a Chick-fil-A on-campus if we aren't going to have all the benefits of one? I think they should definitely expand the menu, or at least offer breakfast. Every panther deserves the opportunity to start their day with a flaky, warm biscuit and some scrumptious chicken.

The Pizza Hut I'm referencing is the one located in the William Pitt Union, not the one inside the Pete. Overall, it's really good, and the pasta is always delicious, but I do have one complaint —the lack of veggie pizza. 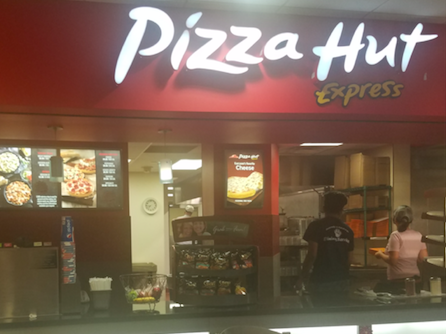 Last year during Lent, Pizza Hut would sell veggie pizza once a week. Let me tell you, that veggie pizza was absolutely amazing, hands down the best veggie pizza I've ever had! I don't know if this is something they only do during Lent or what, but I haven't seen the veggie pizza since then. I sincerely hope that it'll make a return this year, fingers crossed.

Market Central is located at the bottom of the stairs in the Litchfield Towers' Lobby. Where do I even begin on the issues of Market? First of all, the pizza is only really good quality when peoples' parents are still lingering, or Pitt Start is going on. Otherwise, the pizza is soggy and undercooked.

Also, why is it that they stop cooking the majority of the dishes by 9 pm, when they're supposed to be open until 1 am? Students shouldn't have to eat a plate of fries for dinner just because there class doesn't let out until 8:30pm. 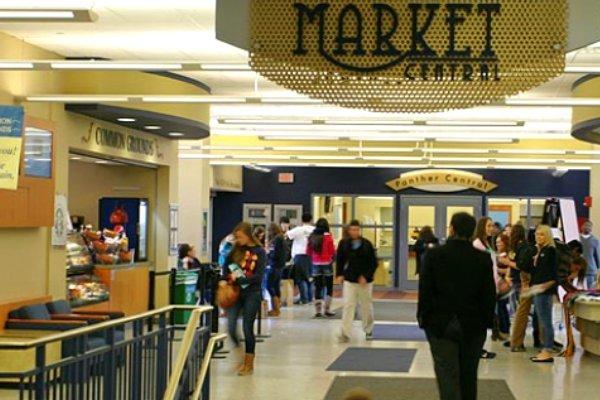 Market Central inside of Litchfield Towers

I hope that they'll stop cutting corners and at least serve up the chicken, which is usually very juicy late at night, and the omelets late at night like they used to. If Market is gonna advertise that it's open later, then they need to offer students the same food options that they would get in the middle of the day.

You can find your favorite cheap grease wraps on the lowest floor of the William Pitt Union, next to the Pizza Hut. It's a great place to gorge on a box of tacos or a nacho bell grande, before you feel ashamed about it later.

Imagine if you could enjoy these delicacies after a long night out on the weekend? There's nothing better than shoveling fast food into your mouth after a night of party hopping. Everybody always goes to Mickey D's, The O, or one of the many pizza places on Atwood, but what if we added Taco Bell to the mix? 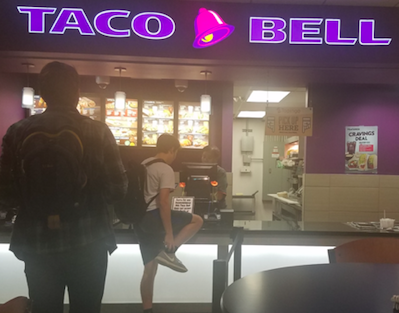 Taco Bell inside the WPU

Taco Bell literally advertises themselves as the perfect place to eat after a night out in their "Welcome to the Fourth Meal" commercial, so why wouldn't it be open late on campus?

We all know Pitt has enough money to implement at least a few of these requests, so lets rally for a change in our dining halls! These are just a few of the issues I've noticed, and some changes I'd like to see. Feel free to tweet The Tab and share some complaints you have or some suggestions you've got regarding the food on campus!