Dear cyclists, get your shit together

Why the hell are you wearing headphones?

It’s really cool that you own a bike, really it is. I have a bike and it’s great, it’s a lot faster than walking, a lot cheaper than driving, a pretty good workout depending on where I’m riding it and it also has an almost completely neutral impact on the environment. Also unlike cars you don’t need to pass a test to ride a bike, so knowledge about the laws and ordinances concerning bicycles might be a little more obscure. Since you’re too busy saving the planet, I’ve taken the time to make a lists of things you should know about riding a bike before you even get out on your bike. 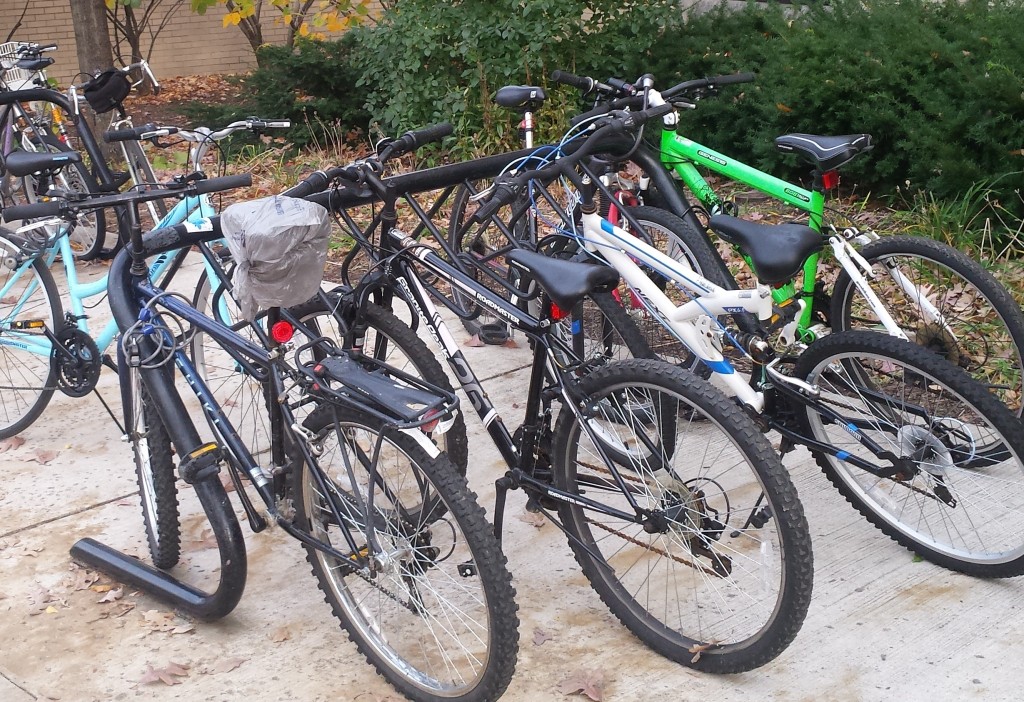 Number one: You need to register your bike if you want to ride it in State College. You could take your chances, but those chances include paying a fine of up to $25 and or up to three days in jail. Registering your bike though will cost you nothing but your time and can be done at the SCPD office on Allen St., online if you’re a Penn State Student, or through any licensed bicycle shop around town.

Number two: If you don’t have breaks you should get some. You are actually required by law in State College, to have breaks that can stop you within 15 feet if you are going 15 miles per hour on flat dry ground. No kidding, you can be fined or jailed for it. Not to mention that having and knowing how to properly operate your breaks could save you or someone else from injury or death. Also if you’re barreling down a hill at high speeds you should probably use your breaks before you hit or almost hit anyone.

Number three: As a vehicle you are required to yield for pedestrians. It’s the law, it makes everyone safer. This goes for when you’re on the road and when you’re on the sidewalk. This means using your breaks from time to time. I know you gotta be somewhere, but so do people who are walking, and they have right of way for a reason. You’re actually supposed to give pedestrians audible indications before you overtake or pass them.

I have been almost hit several times, because I was walking and the guys behind me on their bikes just didn’t feel like letting me know they were there.

Number four: Stop signs, yield signs and red lights do apply to you. They are not stoptional, same laws that apply to cars and other vehicles apply to you when you’re on your bike. I mean, you are saving the world, though. So who cares about laws or safety?

Number five: Music is great, headphones are great, but they’re not OK when you’re riding your bike. In fact, much like when driving a car, wearing head phones or earbuds while riding a bike is illegal. Listening to music screws with your ability to pay attention to surroundings, particularly your ability to hear, for hopefully obvious reasons. So make the choice: you can walk and listen to your music or ride your bike and not listen to music. You can’t have both.

Number six: If you’re driving on the road, make sure you’re doing it on the right side as close to the curb as possible. This is a law, don’t be an idiot. You don’t know the person in the car behind you is not going to start tweeting about how annoying you are, and then accidentally run you over because they weren’t paying attention. Stranger things have happened.

Number seven: If you don’t have a bell or a horn on your bike, then you should consider getting one. It’s not required by law, but it lets people around you know that you’re coming. This goes along with letting people know before you pass them, which is the law.

Now you know how to ride your bike. You’re welcome.

A pedestrian and fellow bicyclist