Me, Wharton, and Trump

Trump graduated from my university, and I wish he hadn’t

Yes, I go to Wharton. No, I’m not elitist. No, I won’t step on skulls to get a dollar. And no, I’m not a Trump supporter. In fact, none of these stereotypes at all fit the vast majority of Wharton students. Bringing up Trump has actually become somewhat of a taboo on campus with the administration making it blasphemy for the faculty to even mention his name. I actually remember a talk I went to featuring Ben Bernanke and Jeremy Siegel, a Wharton professor, where Bernanke had just made an offhanded Trump joke when Siegel immediately interjected, saying that the dean didn’t want them to talk about Trump.

In fact, most people tend to avoid talking about Trump. So far, I’ve seen one “Make America Great Again” hat, but most mentions of Trump usually only elicit a series sound bites mix with some ‘er’s and ‘um’s or just a look of discomfort. The only people who seem to have a positive attitude about Trump are the international students, who find our predicament annoyingly amusing.

But it wasn’t always this way. At the beginning of the race, Trump’s candidacy was taken pretty lightly. Professors shared their favorite Trump related stories, like how Ivanka Trump magically made the male population of a multivariable calculus class grow to the point of overflow, people joked that he would be the first Wharton president, and student leadership even threw a Trump themed Halloween event, but, as the race progressed, the jokes began to stop. The professors stopped talking about him, the administration refused to make statements or release information, and jokes from students were not as forthcoming. It’s almost eerie being at a school with one of its alumni nearing the White House, yet being so quiet on the matter. 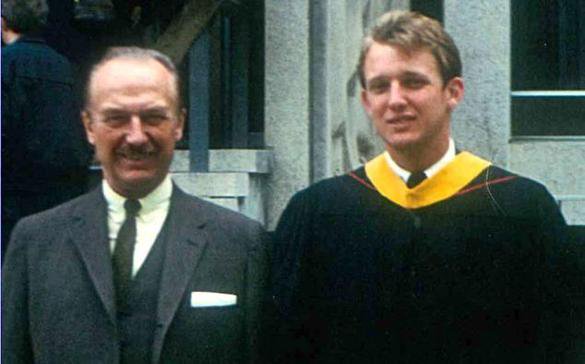 Trump at his Penn graduation

Personally, I think that they’re hoping that, if they pretend he doesn’t exist, he’ll just go away…but he doesn’t. Time and again Trump evokes the name of Wharton to lend credibility to his claim of being a “really smart person”. Why a seasoned 70-year-old businessman cites his college as proof of his ability is a mystery. It’s like me citing my eighth grade algebra honors class as proof I deserve to make the dean’s list. But that hasn’t stopped him, so my fellow classmates and I are treated to constant reminders of who once sat where we sat. 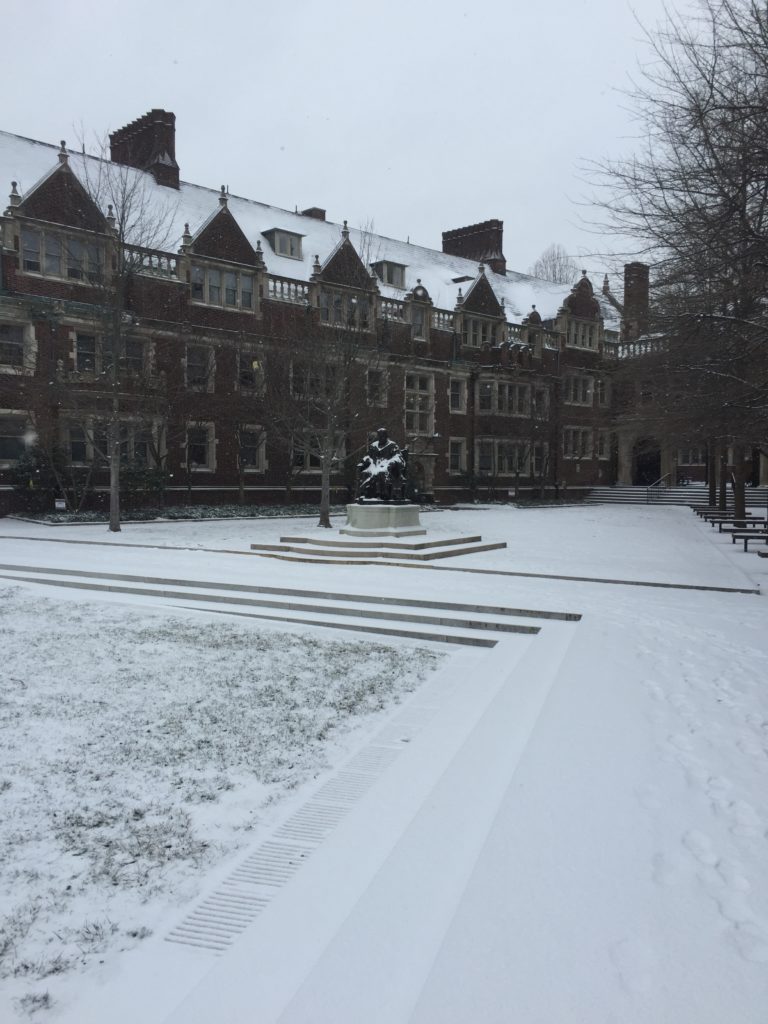 Sometimes it feels pretty odd going to class down cobbled walkways and past large stone buildings, knowing that the man on the news, spewing bigotry and hatred, walked the same path as me and got the same education. It makes me wonder who I might become in the future or who my classmates will become—was that remark my friend made about immigrants a harmless opinion or is it a sign of something more serious to come? But, if I’ve learned anything from Wharton, it’s that worrying solves nothing.

There’s a multitude of people and opinions, and, sure, there are a lot of them that I wish I didn’t have to listen to, but that wouldn’t stop them from existing. So, maybe the key to stopping the next Trump is simply taking action and talking to the other side, sharing our opinions and views with other students so that neither of us deviates too far from the middle…that, or we can just imitate the majestic ostrich and hide our heads in our economics text books.