Is Penn with Hillary?

We asked who everyone is voting for

Penn is considered a relatively liberal campus. Even with the presence of Wharton, alma mater to Donald Trump himself, Penn leans more to the left than most would assume. In the spirit of the Pennsylvania primary, I thought I would examine the political culture at Penn.

Of course, Penn is a large campus and unsurprisingly the spectrum varies greatly in terms of who supports which candidates in what parties – as well as level of political engagement.

For Lily, a College freshman, voting is important and exciting. When asked who she was voting for and why she answered: “I’m voting for Bernie Sanders because I think a lot of his platforms align with my personal opinions and stances.”

While Penn is a pretty politically active campus, there are still a fair share who don’t make it out to vote at all. Many have not registered or taken the necessary steps to vote through an absentee ballot.

One college junior explained, “I just never got around to registering in PA, but I also don’t feel particularly enthused or inspired by these candidates. I’m also not as well informed as I should be and I’d rather not vote randomly.”

Her opinion is completely valid and shared amongst many college students. Politics isn’t easy to keep up with and if you don’t have the time or even the interest, it is easily sidestepped.

However, while there are many who aren’t participating, a lot of Penn students do take an interest.

Lily explained, “I think Hillary will probably win and I’ll be happy to vote for her, but I chose Bernie today because he brought a lot of important issues to the forefront of the election that wouldn’t have otherwise been talked about. I think that’s one of the most important things he’s done and I appreciated that.”

Bernie has received a lot of criticism for the issues he has brought up and his ability to push through any solutions if he is elected.

Two Wharton juniors explained Hillary is their chosen candidate because they believe Bernie is too “out there.” One explained: “Bernie isn’t going to be able to accomplish anything. To me he’s like Santa Clause, promising all this sh*t when he’s not sure how he’s gonna follow through.”

Republicans on campus had no problem writing off Bernie, but Hillary is another matter. 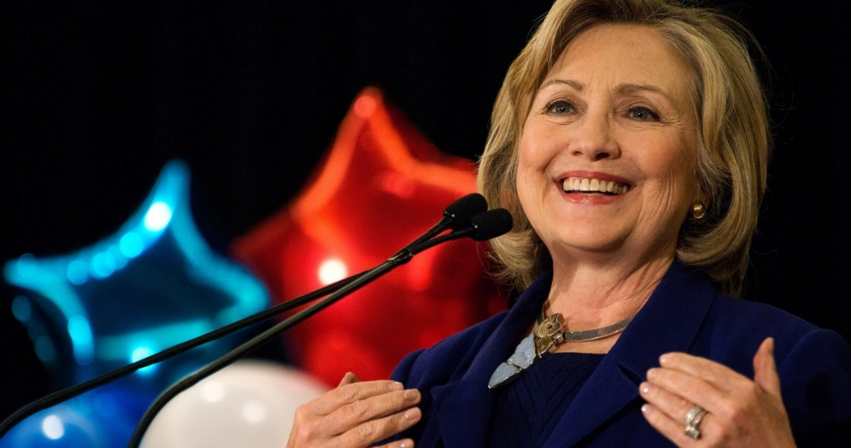 A junior explained to me why she is probably going to vote for Hillary even though she’s a registered Republican. “I’m a Republican but the candidates this year don’t align with what I traditionally liked about the party. Also, as a women, I wouldn’t mind seeing Hillary in office.”

The junior explained that in her eyes, it is more important to avoid putting The Donald in office than to remain loyal to her party.

Hillary Clinton seems to be one of the most popular candidates among both males and females on campus, with Kasich and Bernie following as the next two most popular. A poll conducted amongst a small portion of the Penn community (~150 students) named Hillary the winner of the PA primary at Penn. 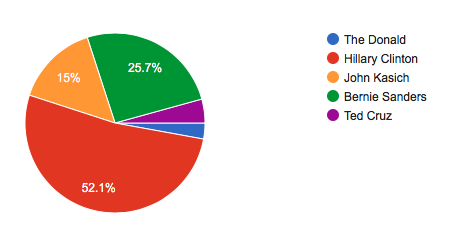 As of tonight, it has been reported that Clinton and Trump have won Pennsylvania.