Penn is the fourth most sleep-deprived school in America

Penn is the fourth most sleep-deprived school in the country, according to data collected by fitness tracking company Jawbone.

According to the data, Penn students usually head to bed around 1:22am – second latest to Columbia – and average 6.7 hours of sleep per night.

Jawbone data also noted a strong relationship between bedtime on weeknights and academic performance as determined by the US News and World Report’s 2016 ranking.

The report reads: “The tougher the school, the later the students go to bed, with Columbia and UPenn having the latest bedtimes.” 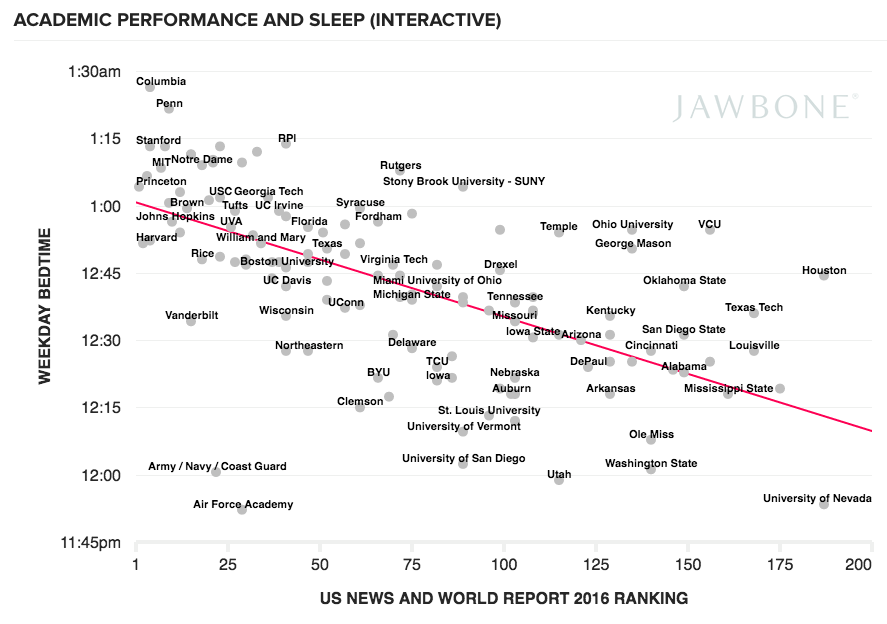