While I’m studying at an Ivy, my boyfriend is stuck in jail

It costs almost $5 to hear his voice

In November of my freshman year, my political science class took a trip to the local jail. Upon arrival, we were taken aside and briefed by a woman who told us the inmates were violent and deceitful. She advised us not engage or even acknowledge them. I looked around the waiting room for visitors. A small toddler ran past my legs, smiling to expose a new row of small teeth. His mother quickly snatched him and pulled him against her chest protectively. She bounced him softly on her knees to soothe his cries.

We were instructed to go through the metal detector and begin our tour of the facility. But before we were able to make it past a second door, an alarm sounded.

“Go, go!” the uniformed officers shouted at us. My classmates and I pushed backwards in confusion amidst yelling and ringing. “There will be no tour today,” one of the official hissed. “This facility is now on lockdown.”

Our class gathered our identification and filed back towards the UPenn Facilities van. We were quiet. As we walked away, my mind flicked back to the waiting room. It had been bursting with girlfriends, wives, mothers and children. Families quietly waiting, forced to listen to the monstrous characterization of their loved ones and watch as a group of college freshmen soaked it in as truth.

A year later, I am at a Penn fraternity event. There is a beautiful riverfront view and the dance floor of the rented boathouse is overflowing with tipsy, carefree students. The scene is far from an accurate depiction of the Philadelphia I have come to know, but it embodies the exclusive lifestyles we experience within our Ivory Tower.

The following morning I am awoken by the sound of my phone buzzing. My heart jumps as I reach blindly for it. “LATIF ANSWERRRR” is jumping from the screen and I carefully swipe to answer.

“You have a pre-paid call from Latif, an inmate at Philadelphia Prison System,” the automated message begins. I wait patiently for the chance to press “5” and accept the $4.28 call.

“Nothing,” I say. “About to get ready to come see you.” We continue on back and forth for 15 minutes until the call abruptly ends.

It’s Friday. The best day of the week. The day I get to take the hour and a half trip from Penn’s campus to the jail on the outskirts of the city to see my boyfriend. 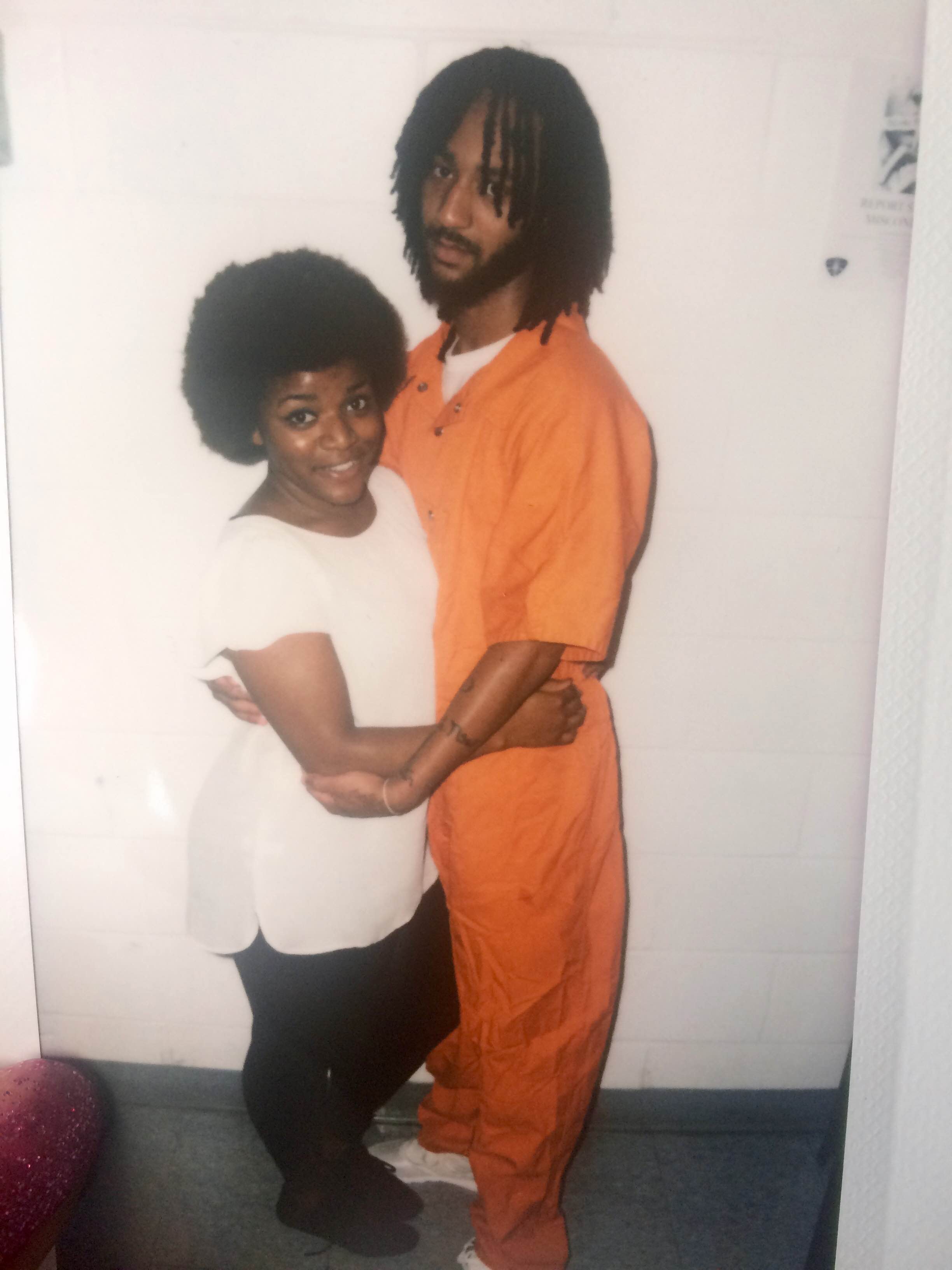 I fumble around through my dressers looking to compile a makeshift outfit that will meet the strict dress code requirements at PICC. I dig out sweatpants and a long enough shirt to obscure my naturally curvy shape. I spray three spritzes of Gucci perfume onto my wrists and neck before collecting my SEPTA tokens and ID and heading out of the dorm.

After a long wait, I am searched in a small back room. I shake my shoes, turn my bra inside out and shake it as well. I lift my tongue and someone pats me down one last time before allowing me upstairs, where I wait for a guard to unlock two large doors that slam behind me.

Latif turns around and looks at me with a smile spanning across his face. I walk over to him, wrap my arms around his neck and kiss him before taking a seat on the hard plastic seats. He sits across from me in a flimsy plastic chair, gripping my hands and kissing them. My heart flutters as I collect myself. We have 30 minutes. We talk about school and the future. I tell Latif about the fraternity event the night before, explaining the system of rushing and pledging to him.

He offers insight on everything I say, and stares directly into my eyes before asking for a kiss. I check around to see if the correction officers are looking before pressing my lips against his excitedly.

“I love you,” I blurt out. “I love you more,” he says. The correction officer’s brutal gaze cuts through our temporary shield of intimacy. We are reminded of the pain this room truly represents.

It’s been a year since we first met on a frigid night on Susquehanna Ave in North Philly. For the students from around the world who descended on Philadelphia to advance their education, the area was a mystery. To my classmates, North Philly meant danger, it meant shady characters, and it meant steer clear.

That night, Latif approached me bearing a smile and sparked friendly conversation. He continued to walk next to me until we parted ways, and in that moment I felt the safest I had ever been in my entire life. We exchanged numbers and it wasn’t long before we were spending time together.

He was unlike anyone I had ever met. It felt like I had a best friend, but someone who reciprocated my unidentifiable feelings beyond that. However, just as everything was falling into place, I stopped hearing from him. My first reaction was that I had been ghosted. I reached out to his family to understand why someone who’d felt so strongly about me would suddenly just disappear, and I was informed of the devastating reality: he had been arrested and was being held.

He was caught up in the arrest by being in the car of a few people who were under investigation. I can’t say much more, but essentially he was in the wrong place at the wrong time, with the wrong people. As soon as I was able to get into contact with Latif, I wrote him pledging my loyalty and my friendship. 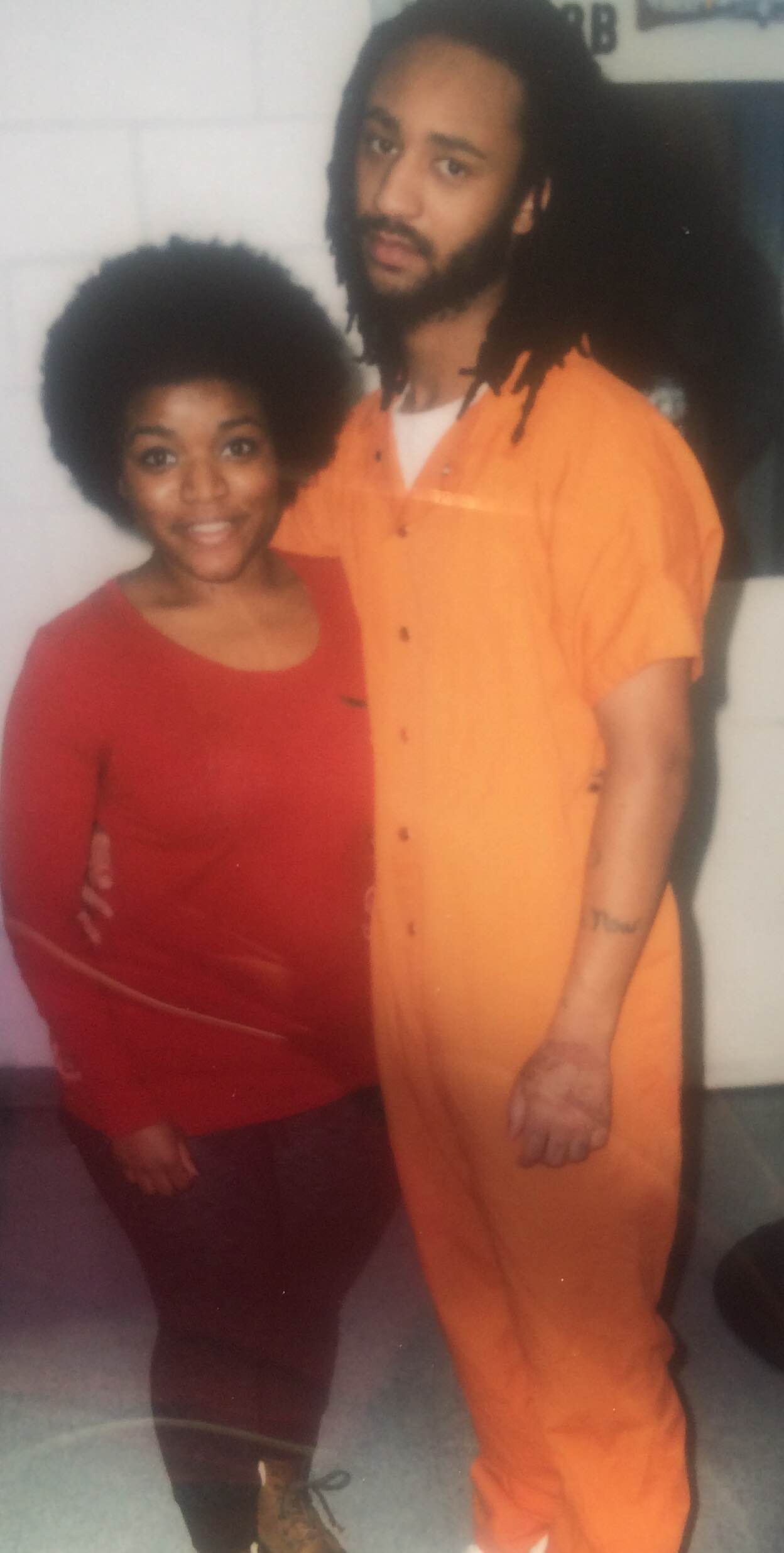 It was only as time progressed that I began to clearly understand Philadelphia’s indifference to humanity. The summer proved the system’s incompetence and enduring lies. Latif, who is the same age as many students at Penn, was forced to spend 59 days in solitary confinement  over the course of May, July and August. During his time in solitary confinement, also known as “The Hole,” I experienced constant terror thinking about what he had to endure. For over 23 hours a day, he was confined to a cell no larger than the average parking spot and granted about 15 or 20 minutes out to hopefully get a shower.

The isolated environment also provided a platform for correctional officers to incorporate verbal and physical abuse into their interactions with Latif and the other inmates held in solitary, creating conditions tantamount to torture. All of this without a trial date assigned to his case.

If the world agrees solitary confinement is detrimental to human beings, and the country believes pre-trial detainees are innocent until proven guilty, how is it they can be subjected to cruel punishment before having a trial? How is it they must wait four months after their arrest and detainment to be formally charged? How can private companies exploit families with incarcerated loved ones by inflating prices of phone calls, commissary, and legal services? In the past year alone, it has cost thousands of dollars to maintain basic communication with Latif. It has negated any effort to raise money for legal help or the ability to consistently have basic care items from the commissary store.

At Penn, I see my fellow classmates intern with the same judges and prosecutors who seek to throw away the future of the man I love. They visit the jail and absorb the narrative of the correction officers. They joke in class about what they see and hear. Meanwhile, I see the system through a different lens. I see it as one of corruption, one that disenfranchises certain groups – and I am living the implications.

Latif makes me feel freedom and mental strength, two things I have consistently sought out in all I do. I just never understood that those things rest untainted in unconditional love. Now we must wait until September, a year and seven months since his arrest, to hear if he will be granted that coveted fairness and freedom. 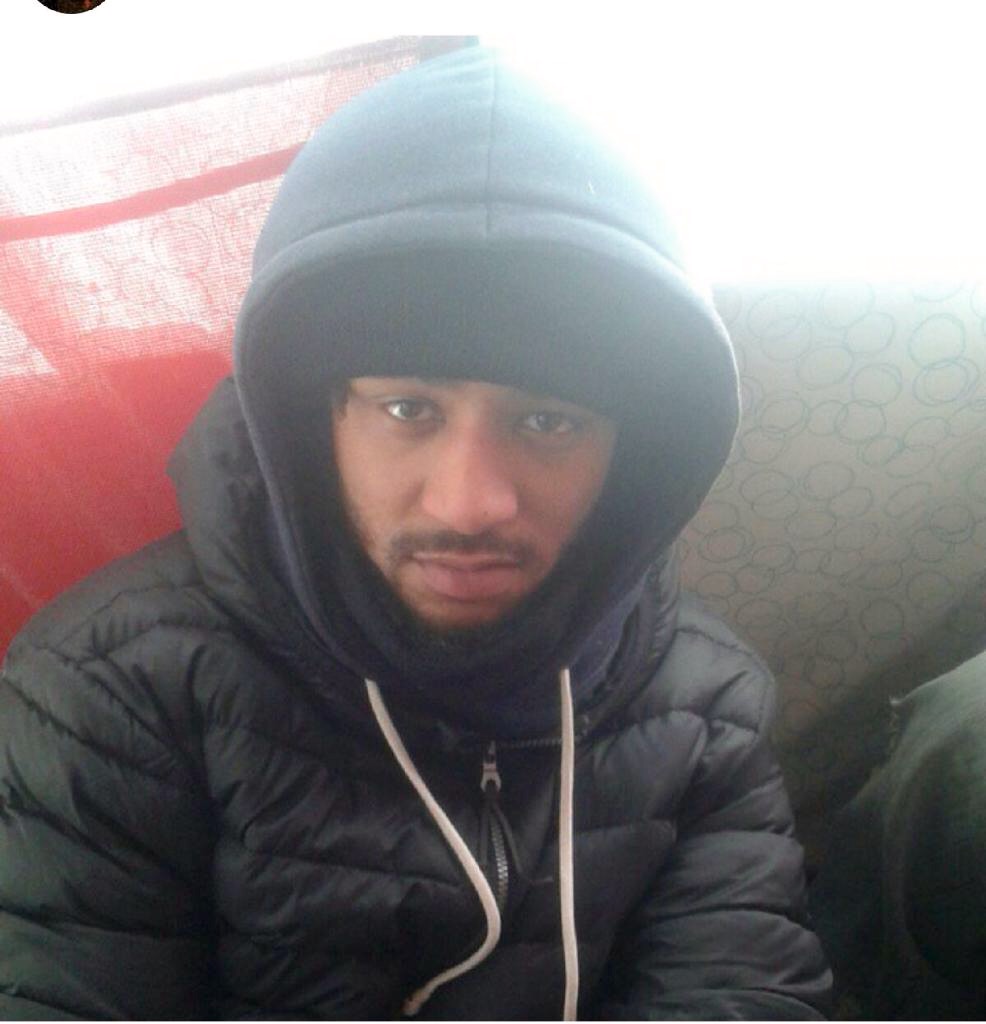