The FBI and ATF have notified Philadelphia area universities of ‘threats of violence’.

The information came via e-mail and text detailing threats at an unspecified Philadelphia university on Monday, October 5th, at around 2PM eastern time.

The Tab understands the origin of the threat was a post on 4Chan, where Oregon killer Chris Harper warned of his attack last week. 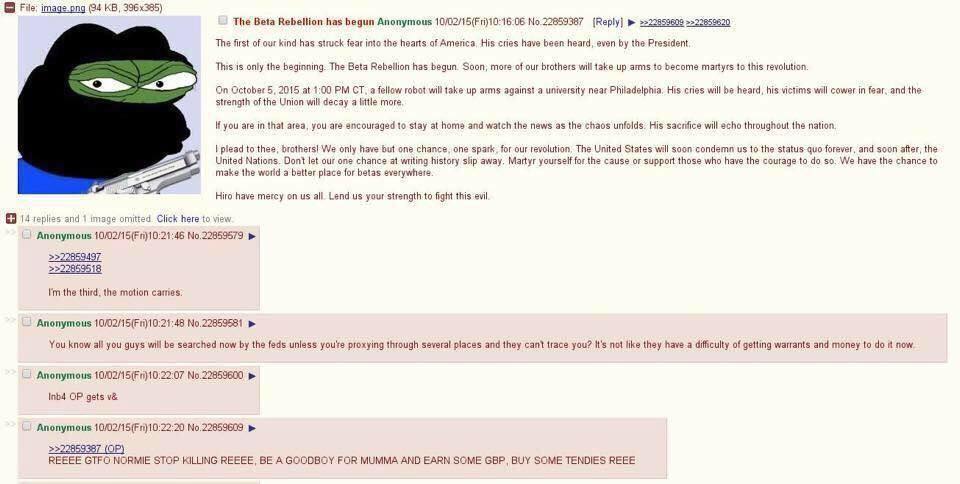 A 4Chan post believed to be the source of the threat

A similar threat was made on 4Chan against Edinburgh University in the UK, but no attack took place.

While no specific university is a confirmed target, The FBI is taking extreme caution in the wake of the school shooting in Oregon this past week.

University of Pennsylvania, Villanova, and Drexel University have all pushed emergency alerts stating that local law enforcement is on high alert and that students should remain ‘aware of their surroundings’ and ‘report any suspicious activity’. 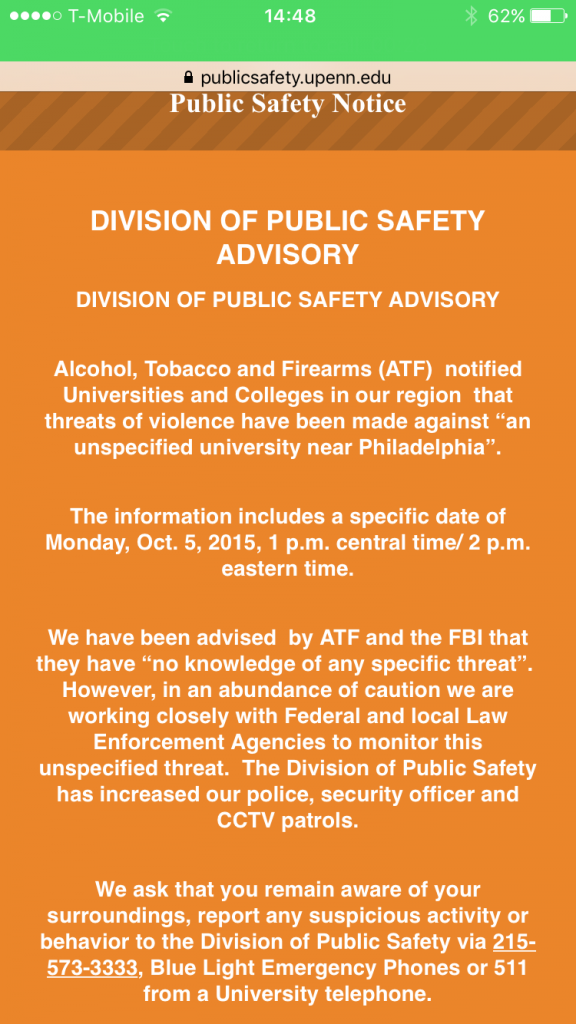 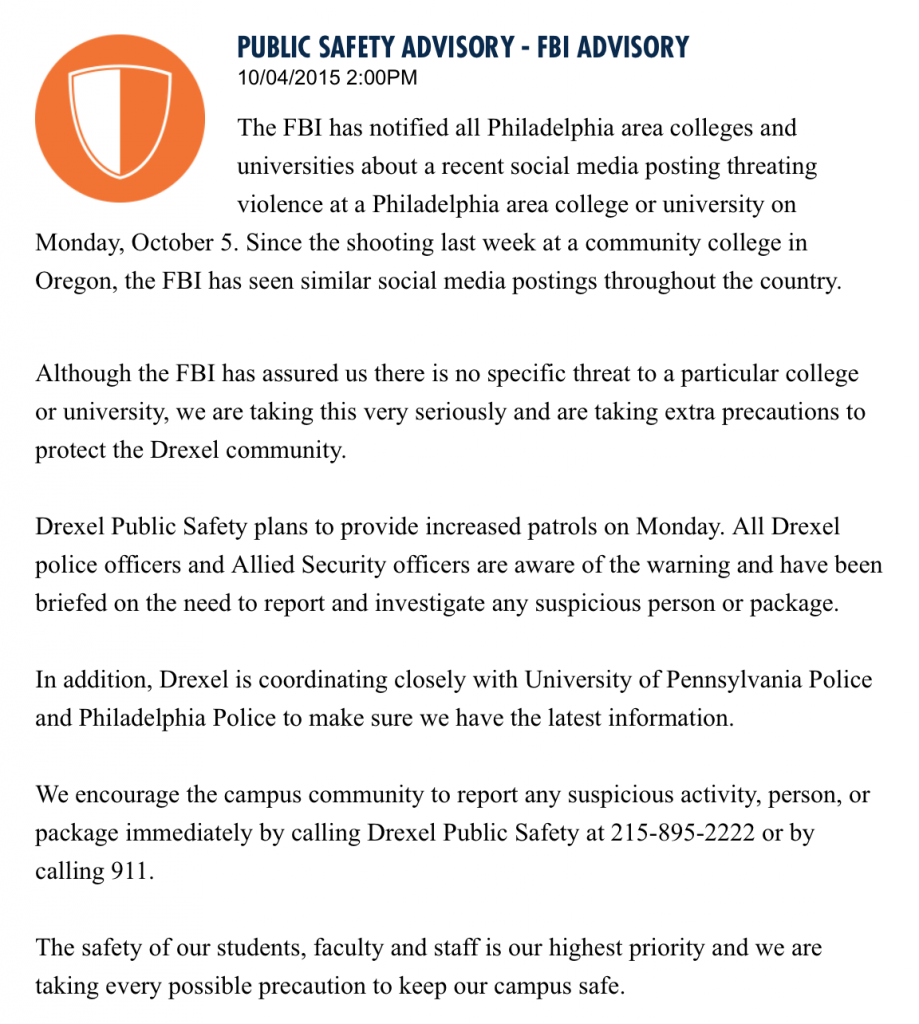