It’s that time of year again: Halloween is right around the corner and throughout campus you can feel the festiveness in the air and see the leaves change colors into the beautiful shades of of fall. With this spooky month in full swing, students at UO start to ponder their favorite ghost stories, legends and myths that are often associated with the holiday many claim to be their favorite.

We found areas filled with legends and myths sure to make you hide under your covers and keep the light on while you sleep: 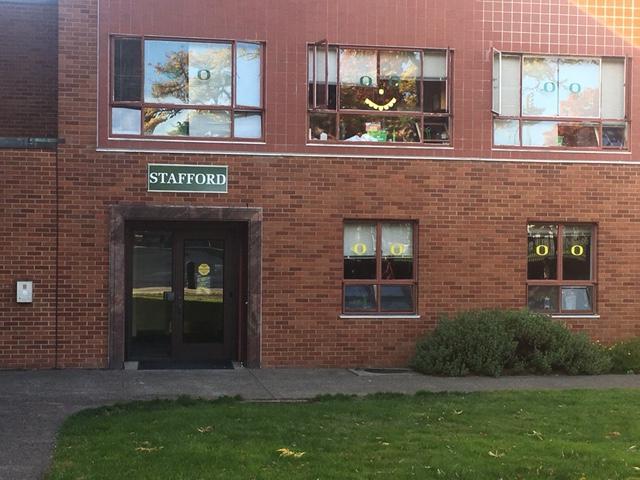 Stafford Hall is a residence hall in the Earl complex on the University of Oregon campus. One of the older residence halls at the school, it has seen many students come and go during its time. Room 101 in Stafford Hall in the past has reported to have suspicious, ghost-like activity present. A young male has been sighted several times peering into room 101, and quickly darting around corners in the residence hall. It's also noted that the figure has been seen across from the Pioneer Cemetery on campus, standing still on the corner late into the evening. 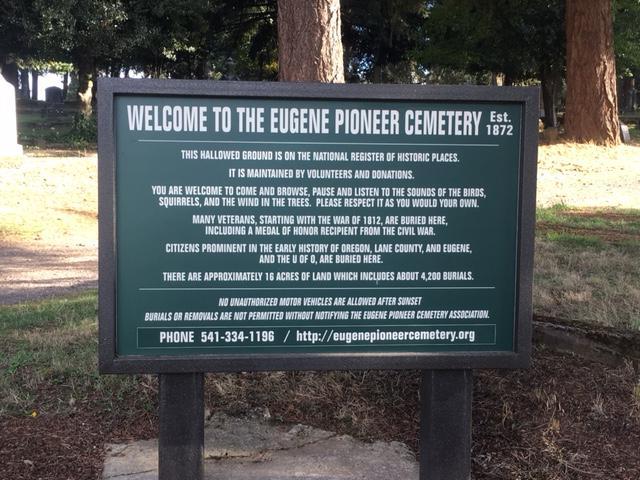 Still at UO, the Pioneer Cemetery lies on the southwest corner of campus. A well known cemetery in Eugene, it's home to many local deceased, both in the Eugene community and former University of Oregon alumni. The cemetery is reportedly home to two ghostly figures: a woman dressed in a white, colonial style dress, and a man who plays the bagpipes. Both have be spotted walking the cemetery in the wee hours of the night, and the woman in white often floats above the ground.

Our dear community college neighbors nearby at Lane have also reported suspicious activity on their campus. In the center of campus, an elevator is known for cases of supernatural activity. In the 1960s, a janitor whose name is unknown fell to his death on the elevator shaft. His shrieking cries for help can be heard around dusk, and is even malicious enough to take innocent passengers on a “joyride” down into the desolate basement.

Arguably the most notorious local legend of Eugene, South Eugene High is home to a ghost that is so well-known, it has a name. Robert Granke, a student in the late 1950s, fell to his death in the school’s auditorium from the catwalks above the stage. Granke has been heard walking around in the balcony, and some have even claimed to see a shadowy figure as well. The auditorium also has a chair that few dare to sit in, the chair that Granke fell onto when he died.

Our last location of mysterious activity is a little less well known, and comes to us at woodland park in suburban Eugene. A young boy was supposedly shot at the park some time ago, and often comes back to seek his revenge. Be careful to stay away from the park during the evening, especially at midnight. As the clock strikes twelve, he has been known to approach visitors present and tell them to leave. He isn't shy, and in fact very intimidating in his tone. Something to watch out for if you live nearby.

These are just some of the great local legends of UO, Eugene and the surrounding community. Other mysterious events have been noticed at the Bijou Cinema on 13th, the Pocket Theatre in the basement of Villard Hall on campus, and The Fox Hollow Elementary School in Eugene. These places may give you goosebumps, just be careful as you encounter one of these supernatural occurrences yourself.