Ramzy Hattar has purchased the local hangout from a former classmate

Taylor’s Bar and Grill has transitioned to new ownership. The popular student hangout was bought by Ramzy Hattar from Charles Hare, one of founders of Eugene beer producer Hop Valley Brewing Co.

According to the Register Guard, the building wasn’t included in the sale as it’s owned by the MTR Company investment group. The Eugene staple was closed on Tuesday and Wednesday so Hattar could finalize the lease, leading to the first day of business on this past Friday.

In addition to his new acquisition, the 40-year old also owns the River Pig Saloon in Portland’s Pearl District with plans to open another one in Bend and is an investor in a variety of Portland restaurants.

As for Hare, the 41-year old told the Register Guard: ‘I just don’t need the benefits or the stress of running the business.’

‘I just need to focus on what is important in my life, and that is Hop Valley.’ 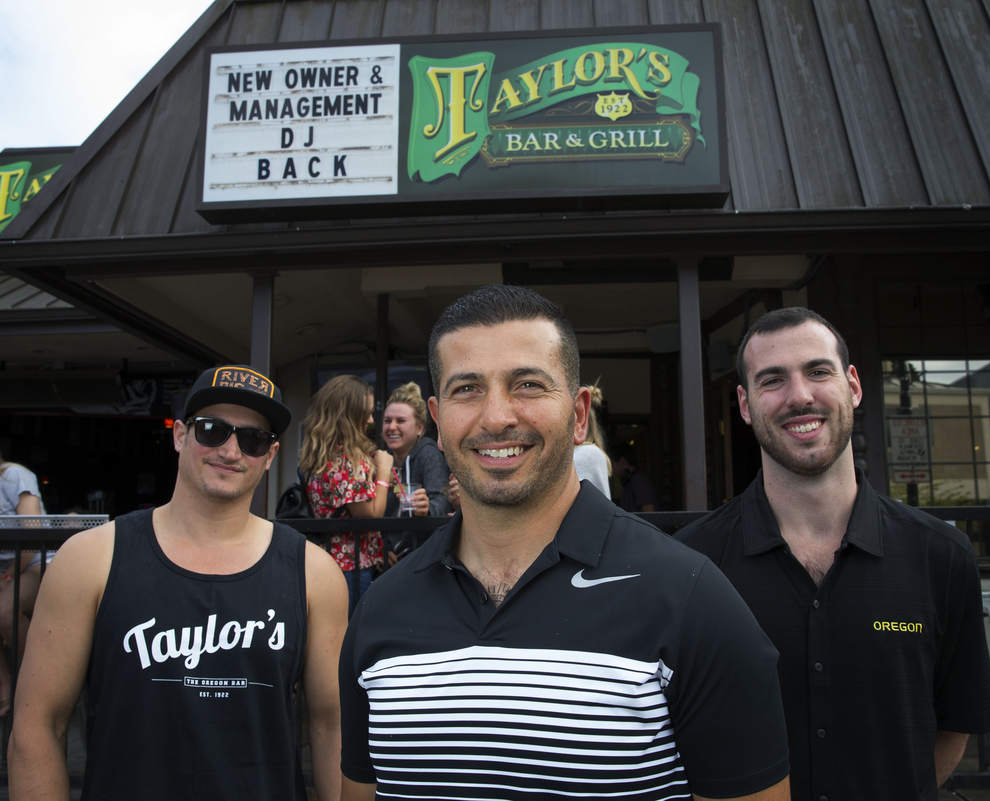 Despite change in ownership, the 13th Avenue bar will still continue serving students and alumni. However, one of the things that will be changing in the menu. As much as current customers love the long-standing menu, Hattar is changing to make it similar to the style of his Portland restaurant.

‘Our kitchen manager has already come up with some ideas for the menu,’  Hattar said.

‘One of the things that the River Pig Saloon is known for is that we offer good food at all hours.’

Hattar has also stated that he and the staff will continue to monitor the consumption of alcohol on site.

‘We don’t want people drinking too much and being intoxicated,’ he said.

‘If we see signs of intoxication, we will cut people off. There will be a hard line on that. We want our student body to feel safe and to have fun at Taylor’s.’