Students received the alert around 12:40 p.m.

A gas leak has been reported at Klamath Hall around 12:40 p.m.

Students and faculty received an alert from the university, and are instructed to keep away from the area until further notice.

UPDATE- 1:40 p.m. An alert was sent saying that Eugene Springfield Fire Department personnel have found no gas leak present in Klamath Hall and that the area has been granted an “all clear” status. 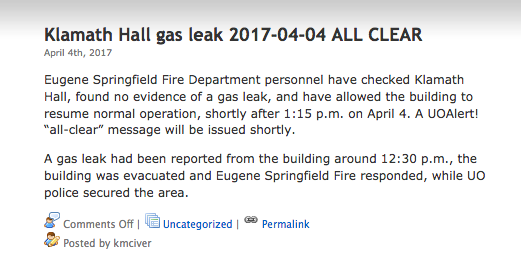