His owner is still unidentified

A dog that was locked in a Eugene apartment has been found alive after being left alone for a month.

The golden retriever was left in an apartment after an unidentified UO Student went home to China last October. According to KVAL News, the student emailed Uncommon Apartments at the end of last November to inform them that he had abandoned his pet golden retriever puppy, Jake. The Eugene Police Department was notified, and inside the man’s apartment they found Jake.

‘On November 30, an animal welfare officer responded to Uncommon Apartments for an abandoned animal. One officer described Jake as a “hollow shell” of a dog, unable to eat solid food or even stand. 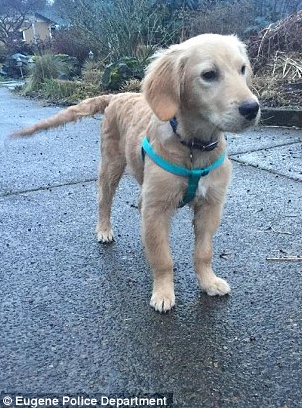 Jake was left alone in his owner’s apartment for a month. Photo courtesy of the Eugene Police Department

Jake was released two days after being taken to Eugene’s Emergency Veterinary Hospital, but his starvation might have permanently impaired his growth. 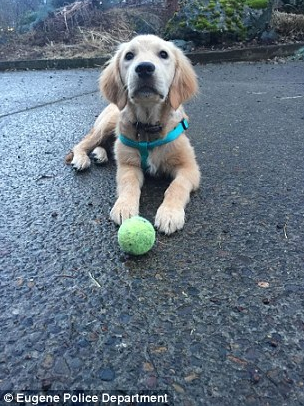 Jake is now at a healthy weight and doing well. Photo courtesy of the Eugene Police Department

Despite all Jake has endured, Greenhill has confirmed that he’s currently at a healthy weight.