Around 200 students attended this afternoon’s event

Students gathered at the EMU amphitheater today from 2-3:30 to show their support and acceptance of their peers. It was put on by the Muslim Student Association and they invited people through their Facebook event.

The rally was organized in response to Trump’s Muslim ban. Approximately 200 people attended to show to stand alongside their Muslim peers.  It was a chance for marginalized communities to come together and stand as one. 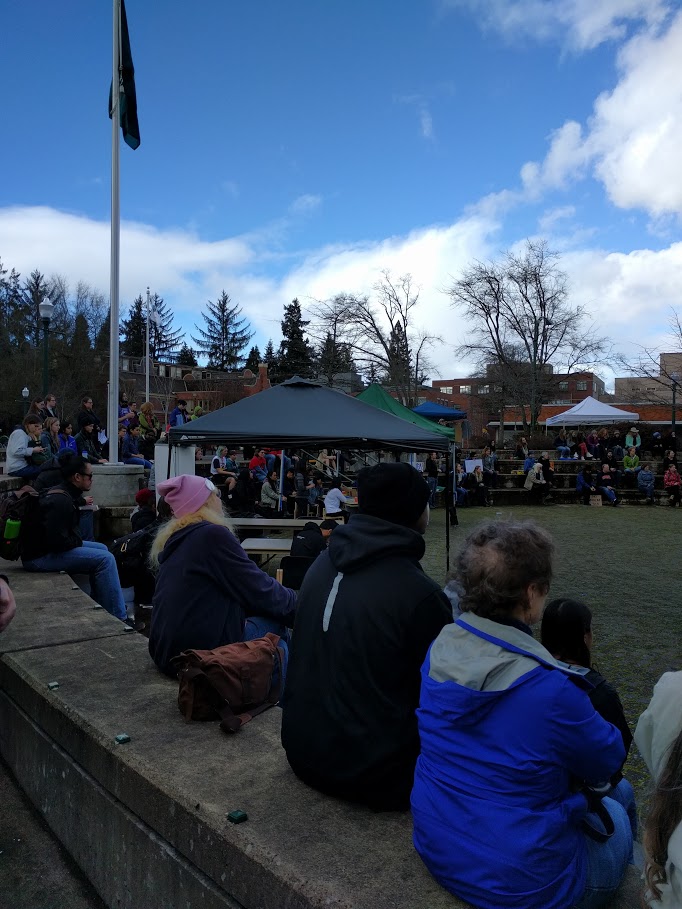 There was a strong showing of people who showed their support.

The Mission statement for the event was:  “In the wake of this election and the actions taken by this Presidential Administration it is vital that marginalized communities within the University of Oregon come together and stand as one. Today we are showing solidarity with Muslims, Latinx, Native, Black and African American students at a time when they feel oppressed and unwelcome. Through showing solidarity with one another we aim to create a sense of unity and belonging on the University of Oregon campus. This event is a unity-building, non-violent demonstration to show that nothing is stronger than the power of the people. The University of Oregon community will stand behind any marginalized group that is facing oppression and that we reject Trump’s efforts to build walls between us.”

There were a dozen speakers from Muslim, Jewish and Native American backgrounds who all spoke on the importance of standing up on behalf of minorities. The event focused on the union of all minorities to resist the Trump administration. Many of the speakers also focused on knowing your privilege is power and how to be a good ally. People rallied with signs such as: no ban, no fascism and and refugees welcome. The main message of the rally was, “If we hate each other we cannot unify and if we cannot unify we can not stand together in resisting the Trump administration.” 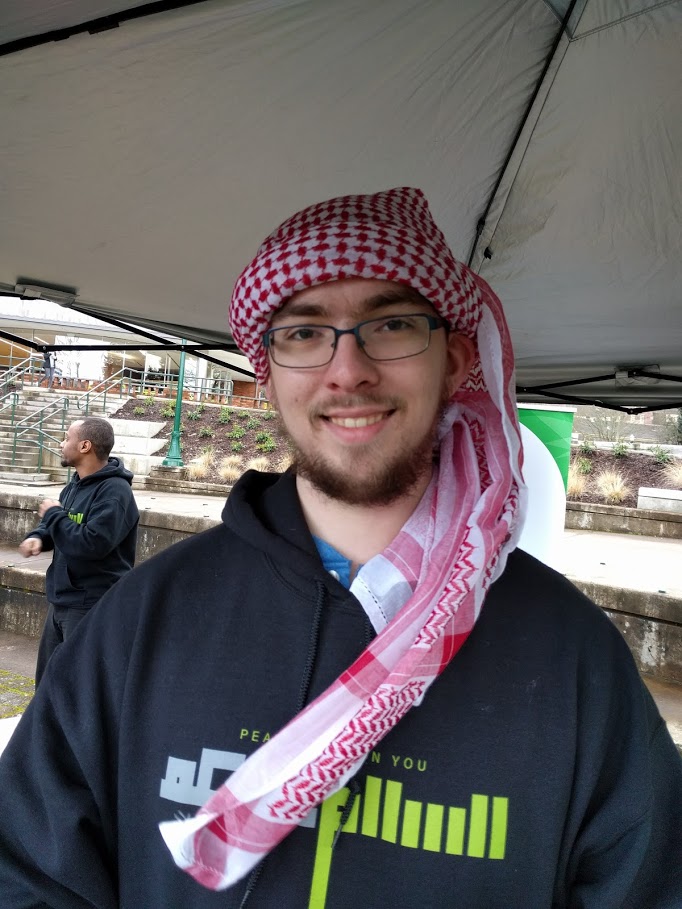 One of the main organizers, Alex Reasoner said: “It is important for community and minority groups to begin talking to each other and standing with each other.”

He wanted students to, “get involved even if it is only in a small way.” Some of the ways to do so is to join multicultural groups, find events they can participate in, and even hangout in the multicultural center and know how to be a good ally to their peers. 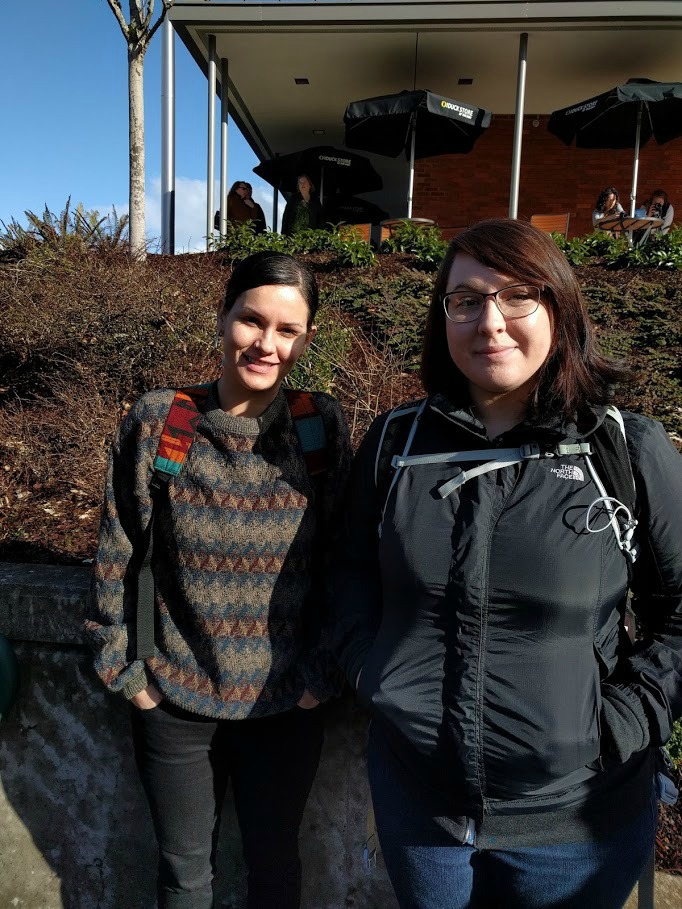 Some other speakers not a part of the Muslim Student Association came to show their support. People such as Cailean Dakota MacColl, part of the Native American Student Union, said: “It is import to show indigenous solidarity to marginalized students because there is power in unity and diversity.”

Anna Hoffer, a member of the Yakama and Gran Ronde tribe as well as the Native American Student Union, felt it was important to ask, in reference to Native peoples: “How can they ban people from land they stole?”

She also stated in her speech that it is important to know about your peers because the land that we stand on is not our Native land. 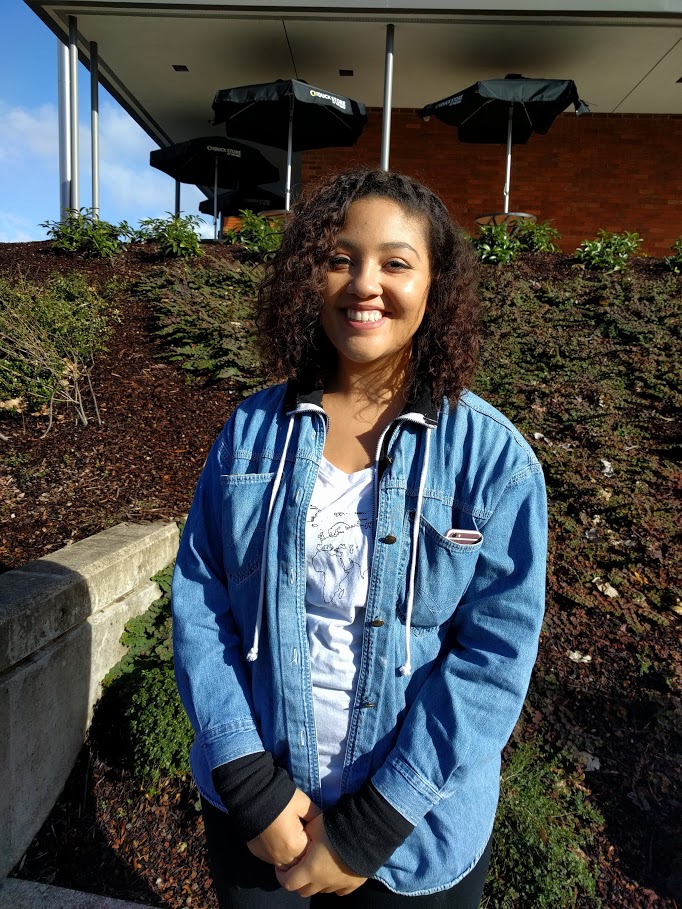 Samantha Berguin, Co-director of the Black Student Union came out to, “stand in solidarity with Muslim Student Association.’ She also stated, “some of the most prominent leaders of the civil rights movement were Muslims. We live interesting lives and it’s important to acknowledge our fellow students.”

Others who came to show their support simply listened in the audience or wrote their messages on signs: 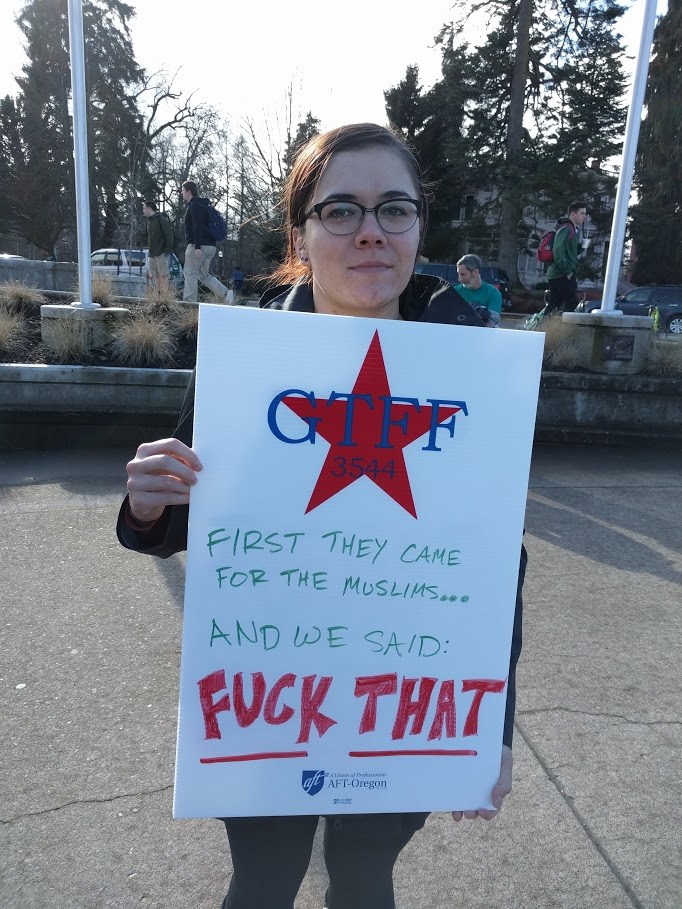 Some of the signs that captured the sentiment of the rally 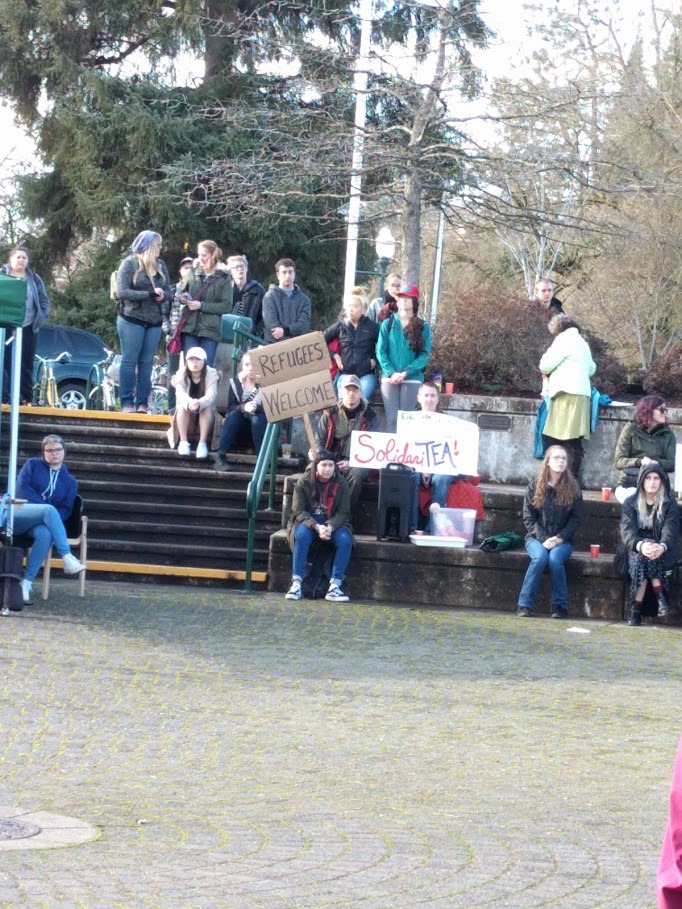 A representation of some of the signs

The final sentiment of the rally is best summed up by Reasoner: “There are a lot of great people on campus and ways to get involved to become a good ally.”