Standing Rock activists are protesting the DAPL on UO campus

About twenty students are currently protesting the Dakota Access Pipeline outside Columbia Hall. 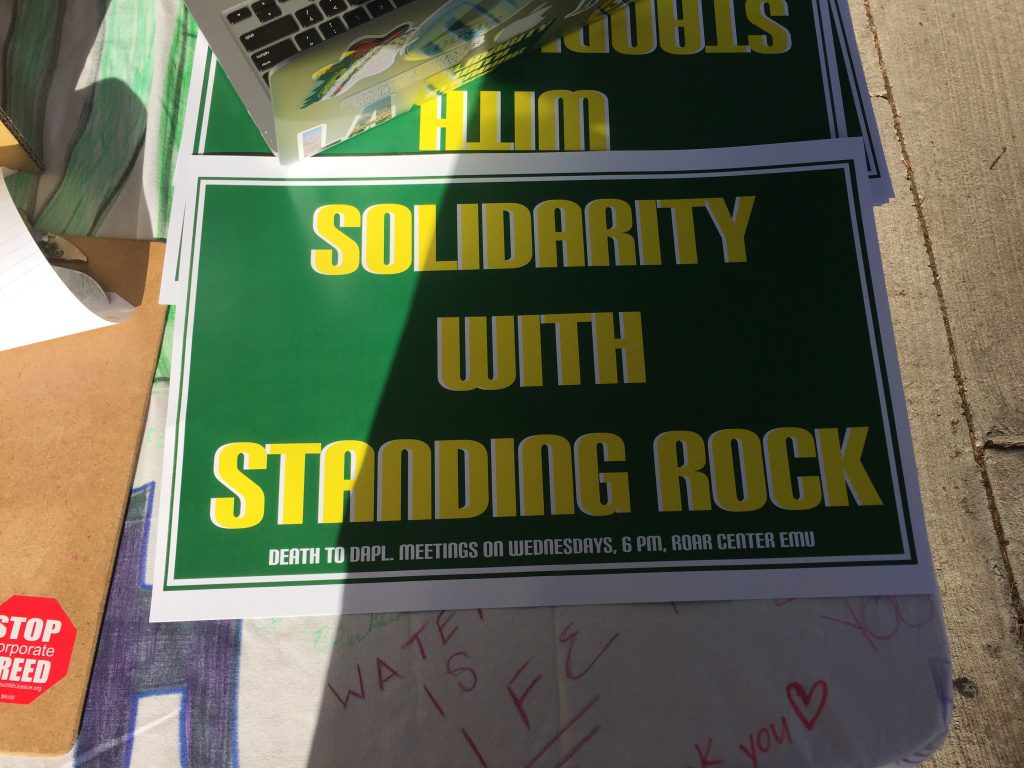 Supporters are passing out signs in addition to signing a banner

“There’s a lot of violence and aggression from the governmental forces against those who are being peaceful nonviolent.” 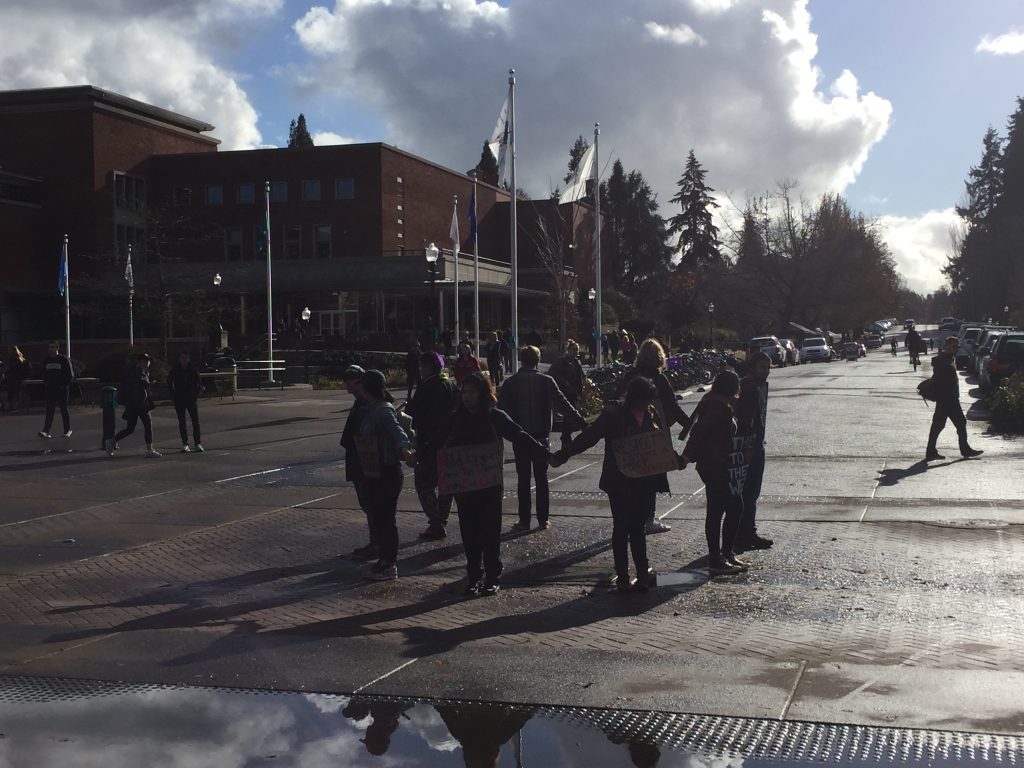 In addition, students are raising awareness by sending a signed banner to the reservation to show their support.

“We’re trying to raise money and we started a banner to show solidarity with Standing Rock,” Emily added.

Students have shown continuous support so far this year and will keep doing so as much as they can.

The Dakota Access Pipeline, which is an oil pipeline threatening to run through indigenous land and its water supply in Midwestern states, would have an affect on Standing Rock Indian Reservation in South Dakota.