With stats like these, JT Barrett is poised to rank among greatest players in program’s history

In 2014, Barrett, then a redshirt freshman, broke the 1998 record (42) for most touchdowns responsible for in one season with 45. Later that year, he went on to be named Big Ten Quarterback of the Year and reclaimed the title in 2016. 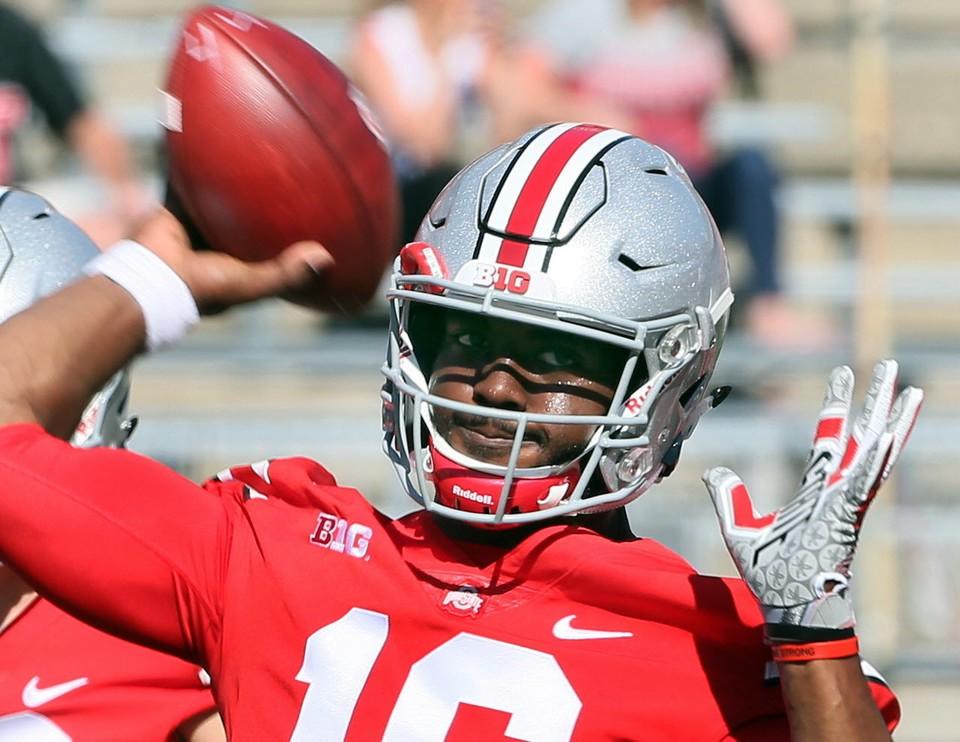 He is tied with Kenny Guiton for achieving the most touchdowns in a game, which he has done twice, with six touchdowns.

On Saturday at Rutgers, Barrett eclipsed 10,000 yards of total offense in his career, becoming the first player in school history to reach this momentous milestone.

No other quarterback in the storied Ohio State football program has reached as many milestones as JT Barrett. He is in sole possession of 38th place in NCAA history.