They are using the hashtag #LoveTrumpsHateOSU

It’s finally happened. “Trump 2016” and “Build the Wall” appeared on the center most point of the Oval this morning. 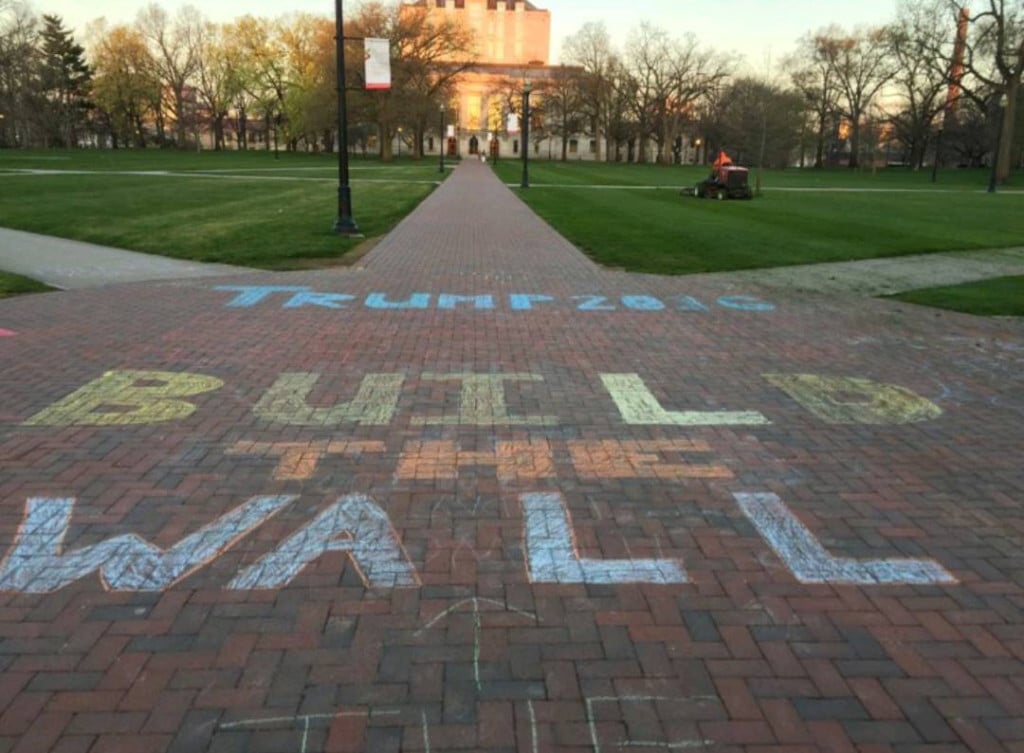 Now around 100 students are at the Oval and have chalked over with positive messages including, “All people deserve rights,” and “Embrace diversity.” 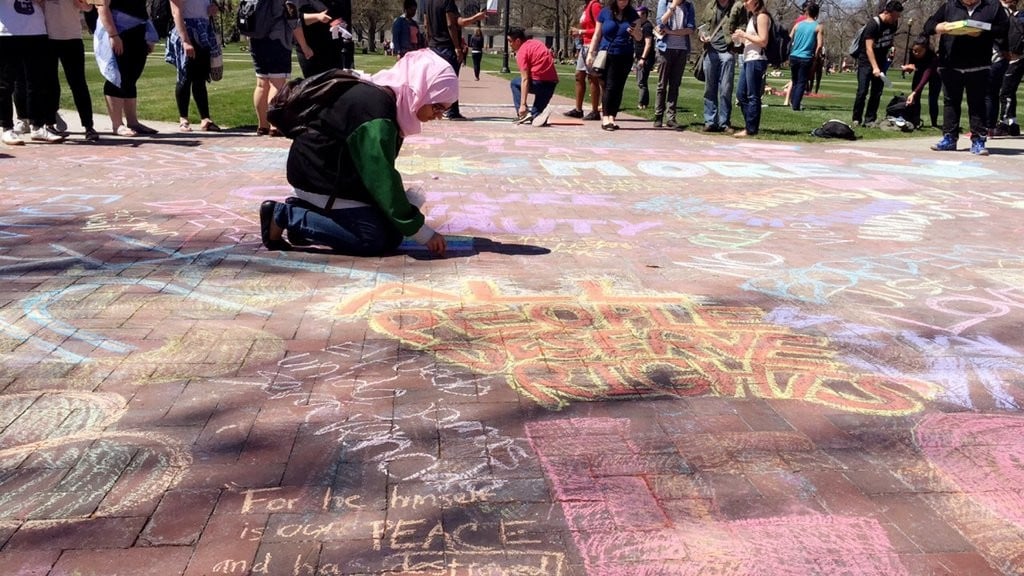 Amber Hussain, a second year who is on the Oval now told The Tab: “I think it was a great opportunity for people to unite.”

The Women’s, Gender and Sexuality Studies department has already taken to Facebook with a statement of their own:

The Department of WGSS stands in solidarity with undocumented immigrants, and with all students who experience racial discrimination. This graffiti tells those students they’re not welcome, that they don’t belong here and shouldn’t feel safe here. This type of prejudice, and intentional intimidation, is uncalled for and unethical. We stand in solidarity with you. 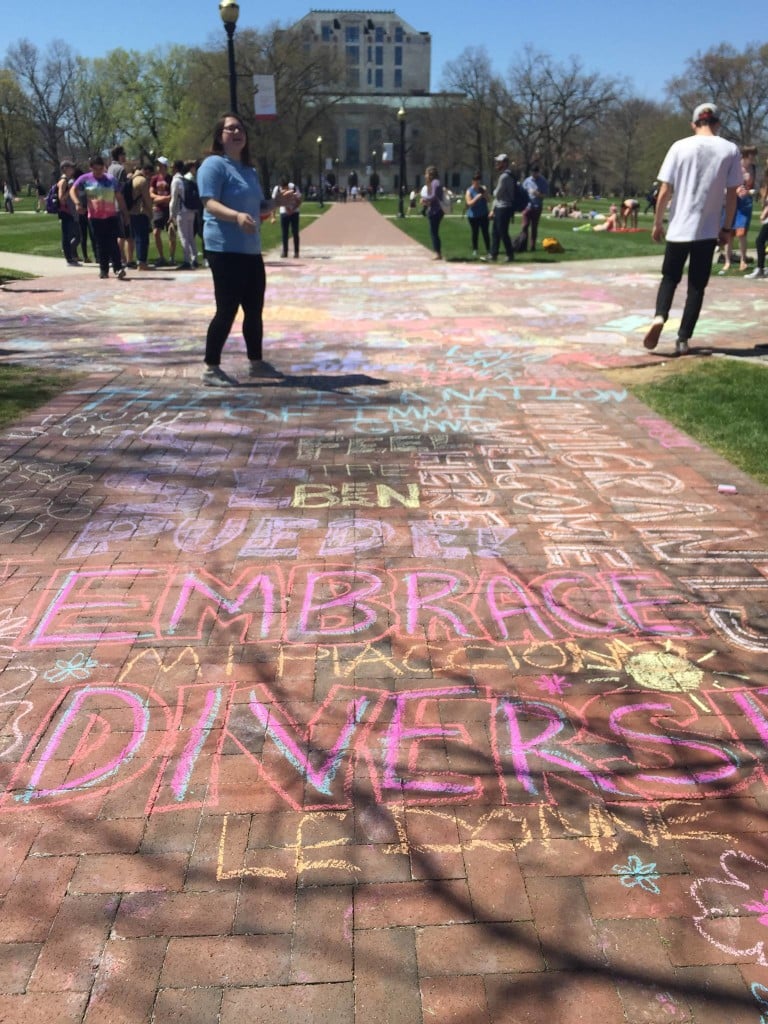 Trump supporters have reappeared claiming a violation of first amendment rights, as positive messages continue to be scrawled on the pavement by students.