What happened at NYU’s most sought-after freshman dorm?

Rat Droppings have been found in Lipton Dining Hall

Spoiler alert, if you love Lipton's cookies, you might want to stop reading. The dining hall received 39 violation points. Four sanitary violations included evidence of mice or live mice present in the facility's food and non-food areas; filth flies, including house flies, blow flies, bottle flies, and flesh flies, were present in the facility's food; hot food items not being held at or above 140 degrees Fahrenheit; and the facility was not vermin proof.

"As a student, I trusted Lipton because I thought I was coming to a dining hall where I could feel comfortable with food and products and was always able to go downstairs and get a meal," freshman Lipton resident, Allyson Hendler, said. "I had to find out through social media on someone's instagram story."

Having earned itself more than 28 violation points, Lipton earned a "C" grade. As per Department of Health provisions, the dining hall is entitled to a hearing to challenge citations issued and if successful, this grade can be revised. Assistant Vice President to Campus Services, Owen Moore, released a statement to NYU dining customers and residents of Lipton Hall on December 6 outlining the steps in assuring the health and safety standard of the dining center. "…I wish to apologize to you on behalf of the University for the recent failed NYC Department of Health inspection at Lipton dining hall," Moore wrote in his letter. "Like you, I find this unacceptable." 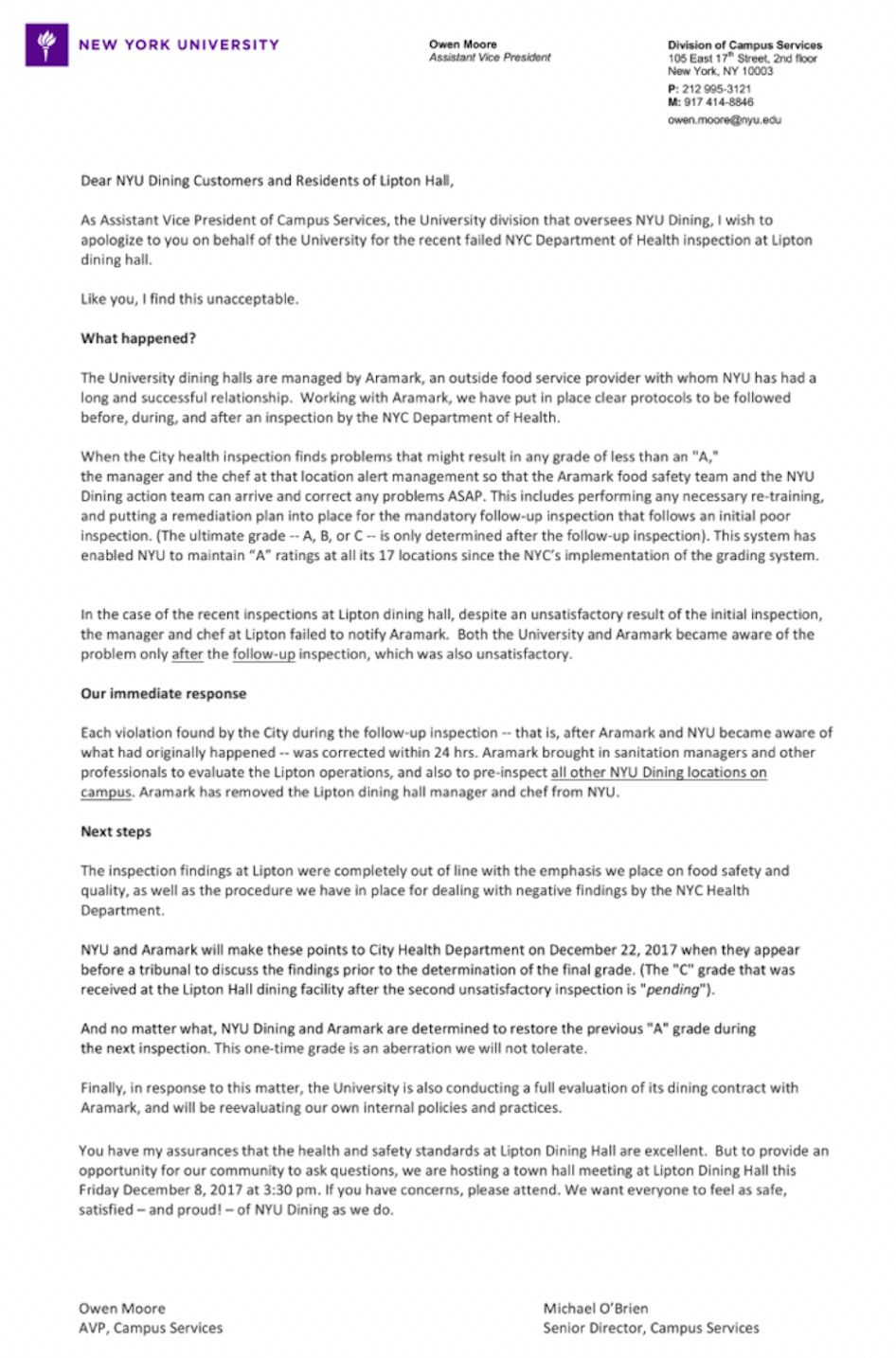 The University dining halls are managed by an outside food service provider, Aramark and NYU has long established clear protocols to be followed by Aramark. In his statement, Moore established that following the initial inspection, the manager and chef at Lipton failed to notify the food service, resulting in a failed follow-up inspection. The manager and chef at Lipton has since been removed. NYU and Aramark are to appear before a tribunal on December 22, 2017 to resolve the pending "C" grade.

Moore stated that violations cited in the report were corrected within 24 hours and measures are being taken to ensure the reputation and service of Lipton hall to its residents and the NYU community at large.