They held a sit-in today in the lobby of Bobst

The NYU Student Labor Action Movement (SLAM) have been granted a meeting with President Andrew Hamilton after this afternoon’s sit-in in the lobby of Bobst. The group gathered in Schwartz Plaza around 1pm before moving into the library, and then met with an administrator to outline and discuss their demands.

The meeting is scheduled to take place next Wednesday at 4pm, where SLAM members will speak with President Hamilton regarding their opposition to NYU Board of Trustees member John Paulson, a hedge fund manager and billionaire who is currently an economic advisor to President Donald Trump. 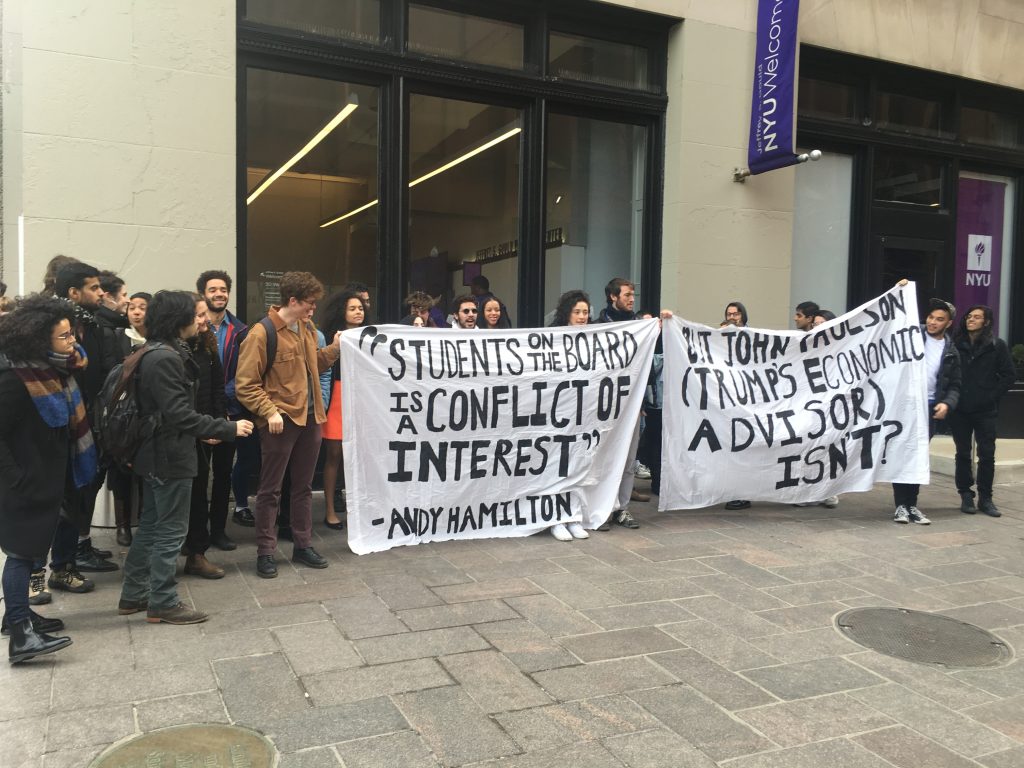 SLAM wants Paulson removed from the Board, claiming that his interests do not align with those of NYU students. They also are requesting that students be placed on the board with the aim to “hold our university accountable.” 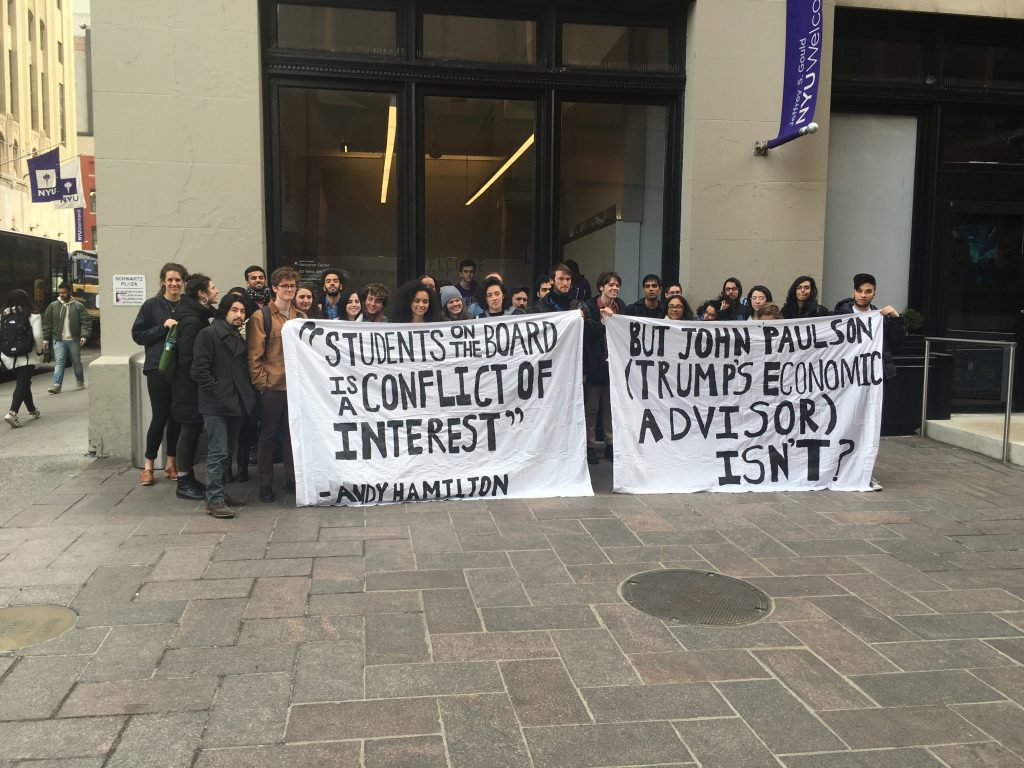