Before he was at WSP, we were watching him chill with Larry

While everyone was waiting patiently in line outside Bobst to see Bernie Sanders at his rally, I was uptown, waiting to see a closer preview of the presidential candidate. 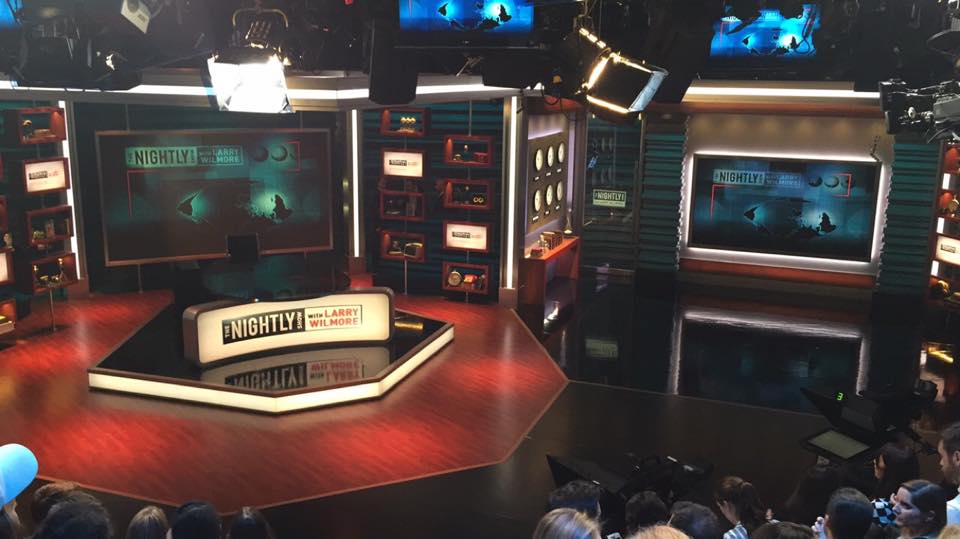 Mere hours before he was scheduled to appear in Washington Square Park, Bernie Sanders made a brief appearance at the Nightly Show with Larry Wilmore to talk about his campaign and do the most socialist mic-drop there has ever been.

Because of the rally, Bernie’s segments were filmed first, starting with an epic monologue in which Bernie talked about what he “believed to be New York values”. This came after Wilmore showed a clip of Ted Cruz talking about Trump’s New York values and, when he was asked to elaboarate, said that we all knew what these values were. (No Ted, we don’t. That’s what a question is for).

Wilmore then introduced Sanders, the native New Yorker to share what he thought were New York values, setting him up for his epic mic drop moment.

We were not allowed to film the show or take photos for fear of the Secret Service taking our phones and smashing them to pieces ( – that may be an exaggeration but either way, I didn’t want to find out). I did managed to catch an exact quote from the speech, which gives just a taste of his epic rebuttal.

“I value a living wage for all Americans. I value a justice system that treats everyone fairly.”

After a quick break, Wilmore started to interview Sanders, who was in a bit of rush to get to this, you know, enormous rally in Washington Square Park. Sanders talked about the momentum that he had gained after winning the last eight out of nine primary contests. He mentioned that the campaign suffered having competed in the South for the last few months in states that he wasn’t going to win. He did make a proclamation about the South however, saying that some day poorer states in the South would stop voting for a conservatives and vote for candidates that actually value what they need.

In another bold claim, Sanders said that he was “the most likely to beat Donald Trump” and that all information was pointing towards this claim. He also said that if he were to win, the turnout would likely be so high that the Democrats could actually win back the Senate, which would ease the work Sanders would have to do to push his legislative agenda of change.

The audience were cheering all the way through the shooting (and not just because they told us we needed to). And the audience were still talking about the interview long after Sanders left. NYU student Jordyn Fisher said: “He was underwhelming – but that was a good thing. I was expecting this big huge guy but he’s actually just a chill dude. I like that.”

From my perspective, with the enthusiasm shown at the taping and the thousands of students gathering in Washington Square Park tonight, Tuesday’s New York primary may be a historical one.