He performs at Cafe Wha?

Standing underneath the neon, razzle-dazzle emblem of Cafe Wha?, Forte, Wha?’s charismatic bartender and head of the house, persuades unsuspecting passers by to come in off the street. The new audience member heads down a dimly lit flight of steep stairs into the depths of timeless musical appreciation, greeted by honorary portraits of music’s champions, including rock’s beloved Jimi Hendrix. 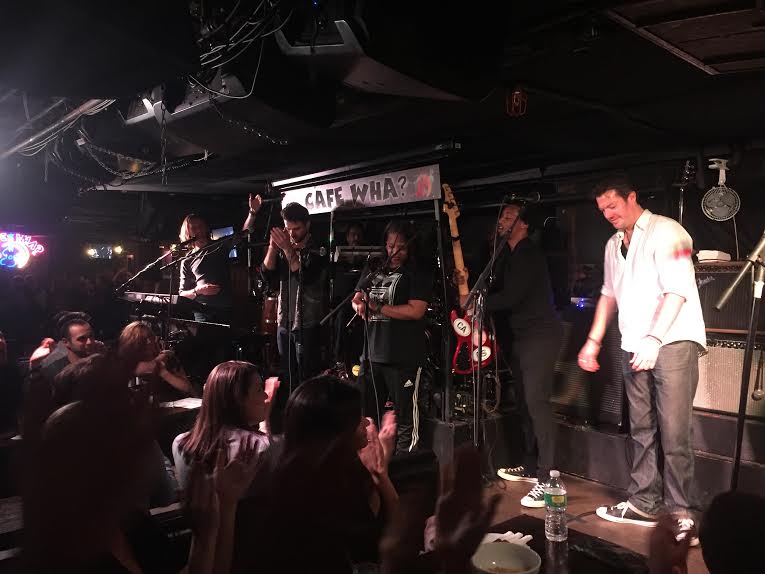 Cascading effortlessly up and down the neck of his custom-made guitar, 26-year-old dexterous guitarist and feel-good vocalist Andreas serves up a house-rocking dish of tasty covers, the first of which was Maroon 5’s “Harder To Breathe.” Despite his vocals that fill the room to the brim, Andreas said, “The guitar is half of my voice.” With his feet planted on the big stage and his hipster bod shielded by his guitar and mic, Andreas struts his style and artistry with a visible, almost tangible, confidence and gets in close touch with the music. “I just do what it does,” he said. When the emphatic head-bobbing and beanie-flopping are over, however, the seemingly bold extrovert retreats back into a shell of sorts for the night.

During a recent interview, Andreas’s slender frame, draped in a leather jacket, leaned comfortably against the brick wall of Wha? The unidentifiable shape of a tattoo peeked around the edge of his low-cut, v-neck tee as he nonchalantly detailed his journey from a five-piece family about an hour upstate in a tiny rural town called Warwick, N.Y. to Williamsburg in Brooklyn, right next-door to his very own production studio The Audio Parlour, and casually called up memories and burdens past. Andreas was not always a dynamic, high-powered entertainer. “I was a nerd,” he said. “I was obsessed with Star Wars when I was kid.” Andreas also said that he would even build and repair electronics when he was younger, and started to play guitar at 12. “I started to fall in love with Led Zeppelin,” Andreas said. 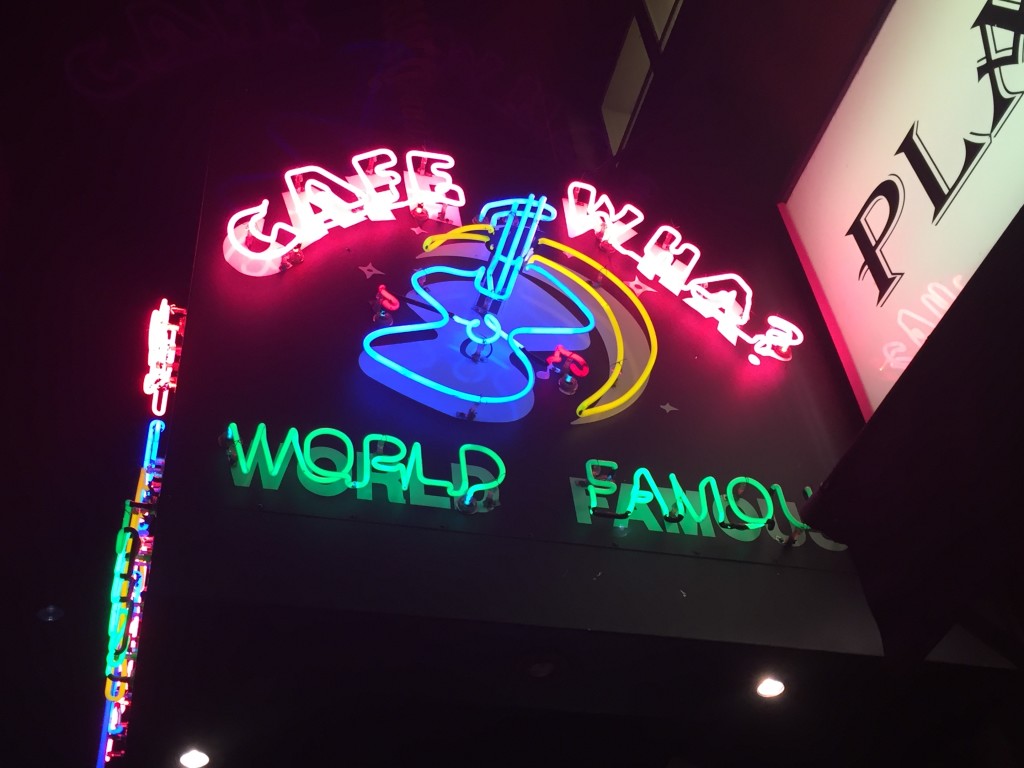 His childhood stepped on a few cracks in the pavement soon thereafter when his mother, with whom he was considerably close, picked up and left when he was only 14 or 15 years old. “My mother completely dropped off the map,” Andreas said. “She was probably the only thing that kept my father from being abusive.” As the absence of his mother and the violent abuse of his father Kevin Andreas Sr. simultaneously struck him, Andreas decided to commit every ounce of his attention to the creation of music, starting the group Redlight Cinema as an underclassman in high school. Driven by the sounds of Jimi Hendrix and the Beatles, Andreas, alongside Kyle Andreas on drums —one of Andreas’s two baby brothers and friends—experimented musically within and wrote all songs for his self-made band. “That’s how I was learning about and how to create music,” he said. “That was my foundation.” But his father’s increasingly abusive nature permanently rocked Andreas’s “foundation.”

“I was kicked out of my house when I was 17 years old because my dad was violently abusive, and I dropped out of high school,” Andreas said. Although he did not complete his education, Andreas says he was highly intelligent as a child. According to Andreas, his father, a carpenter, did not approve of the way in which Andreas redirected his academic abilities, abilities which Andreas’s father himself wished that he had. Andreas said, “Me and my father never really got along.” 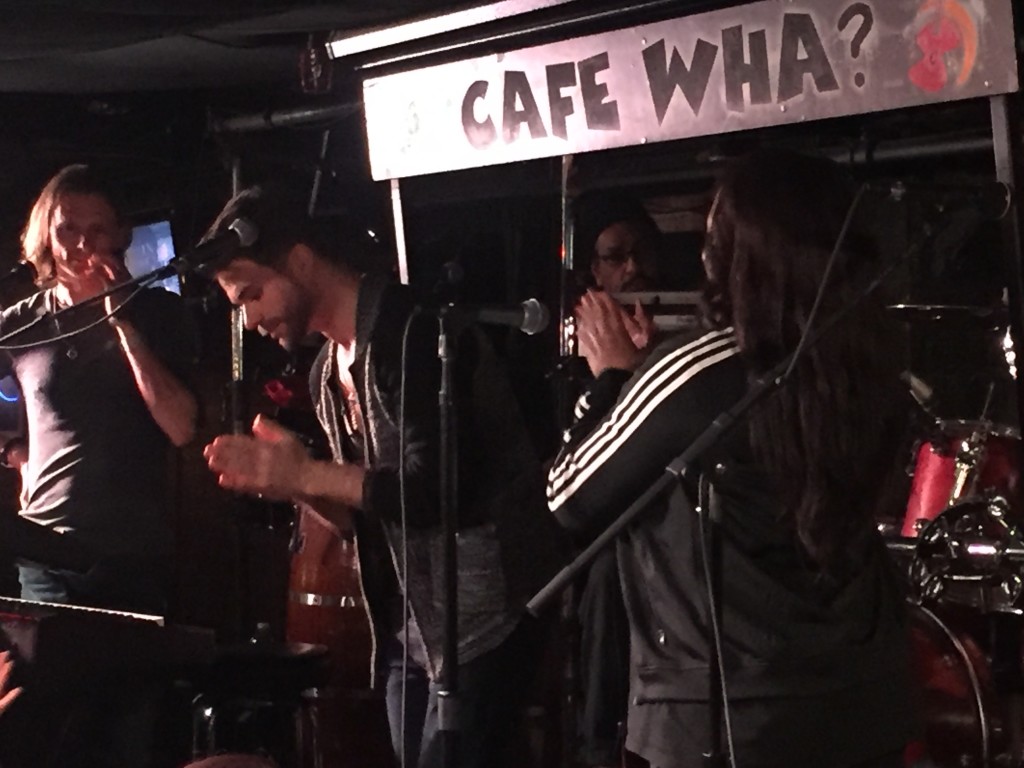 At the age of 22, Andreas relocated to Williamsburg to heavily pursue his solo career. With a helping hand from Hap Pardo, Andreas’s manager and the Director of Musical Operations at Cafe Wha?, Andreas is currently striving toward total self-dedication to his music. He also battled personal demons. “I’d just come out of a really dark relationship that was kinda reminiscent of my relationship with my father,” Andreas said. This eventual break-up inspired him to get tatted in honor of his newfound freedomand self-revival. The incognito ink playing peek-a-boo behind his wardrobe turned out to engrave a fierce phoenix from the top of his chest, all the way down the sleeve of his right strumming arm. He said that the powerful image of the phoenix symbolized his plight to burn all of the negativity of his past to the ground and start again.

“All I’m doing right now is music—24 hours a day, every single day,” he said. It is this dedication that has led Andreas up the challenging, forever-winding road of professional musicianship. Pardo said, “He’s really perched on the edge of pushing through to the next level. He’s tough. He’s a fighter.”