The ‘economics’ of extra flex points

We’ve all heard the news by now: this upcoming semester, each and every one of us will be getting 250 extra flex points to make up for the fact that North Dining Hall will be undergoing renovation, rendering South too crowded to accommodate everyone.  The outcome for each student as an individual seems obvious: a few more dinners spent at Smashburger, seemingly bottomless Starbucks drinks and maybe an extra inch on all our waistlines.

But what about the overall economic effects of the change?  ND’s campus, being the bubble that it is, might well be considered its own economy—one where a 61 percent increase in flex points constitutes a major event. To answer this question, I summoned up everything I remembered from Intro Micro and Macro, and consulted a few current students and Econ majors to get their point of view. 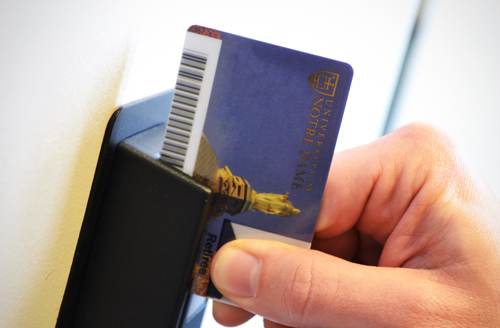 For one thing, flex points might become a new medium of exchange. Compare it to cigarettes in prison: students might trade them to one another rather than paying each other back in real money. It’s already common to lend your ID to a friend at Reckers rather than paying them back in dollars, but with so many extra in circulation, this behavior might become more common.

“I’ve never spent all my flex points,” admits sophomore Allie Castellanos. Students like her often end up either gifting or trading their extras to friends at the end of the semester. With 660 total flex points per student, it’s easy to imagine that becoming the norm.

Similarly, it’s also possible a black market will emerge, with some students selling all their flex points to others in exchange for real money, and then spending that money on items not covered by flex points (probably beer.)  However, Daniela Cabada, a sophomore Econ major, found this theory unlikely. “I don’t think a black market will emerge…one could just spend real money, instead of going through an intermediary.”

Even if a black market doesn’t emerge, the question of an exchange rate remains intriguing.  What is the exchange rate of dollars to flex points?  After all, the university’s claim that they’re equal in value makes no sense—while it might seem like a one-to-one ratio, flex points are only usable in a few on-campus locations, whereas dollars can be used anywhere, to buy anything.  “I would probably pay 50 dollars for 100 flex points,” said business major Bethany Boggess, while others named higher prices such as 70 or 80 dollars.

“The flex point system isn’t an independent money supply—it’s an analog for US dollars with restrictions on spending, kind of like a gift card,” weighed in Connor Murphy, a TA in the Econ department.  This means that the rules of the national money supply don’t completely apply to flex points.  Based on an informal student survey, I estimate the value of a flex point at about $0.75.

What about inflation?  “What if giving everybody more flex points increases their nominal value, but not real value?” graduated senior Ray Michuda pointed out.  However, he conceded that this seems unlikely.  While the introduction of approximately 2.1 million new flex points into the undergrad ‘economy’ does resemble the actions of a desperate government printing new bills, its effects likely won’t be the same.

For one thing, Notre Dame’s on-campus dining options may be subject to price controls, meaning that they can’t freely raise the prices for their meals based on how many flex points are in circulation.  “[Even] if there were inflation, I don’t think it would be proportional to the amount by which flex points increased.  For a 10 percent increase in flex points, maybe we’ll see 3 percent inflation or less,” Ray concluded.  Good news everybody—your campus currency isn’t being devalued, and you can pig out at Taco Bell without fear.