Which drinking games get you drunk quickest? Finally, researchers are answering the questions that matter

Turns out pong isn’t the devil

It's no secret that college students binge-drink, especially during tailgating season, when Saturdays are for beer pong and flip cup. But which drinking games get you drunk quickest?

The American Addiction Centers decided to dig deeper into college students' fascination with drinking games and figure out what drinking game will get you the drunkest, how much time it takes to achieve a blood-alcohol content (BAC) of 0.08 and which drinking games are the most popular on college campuses.

The AAC surveyed over 1,000 people about the games they play, the amount of alcohol they consume and the emotions they experience while playing. 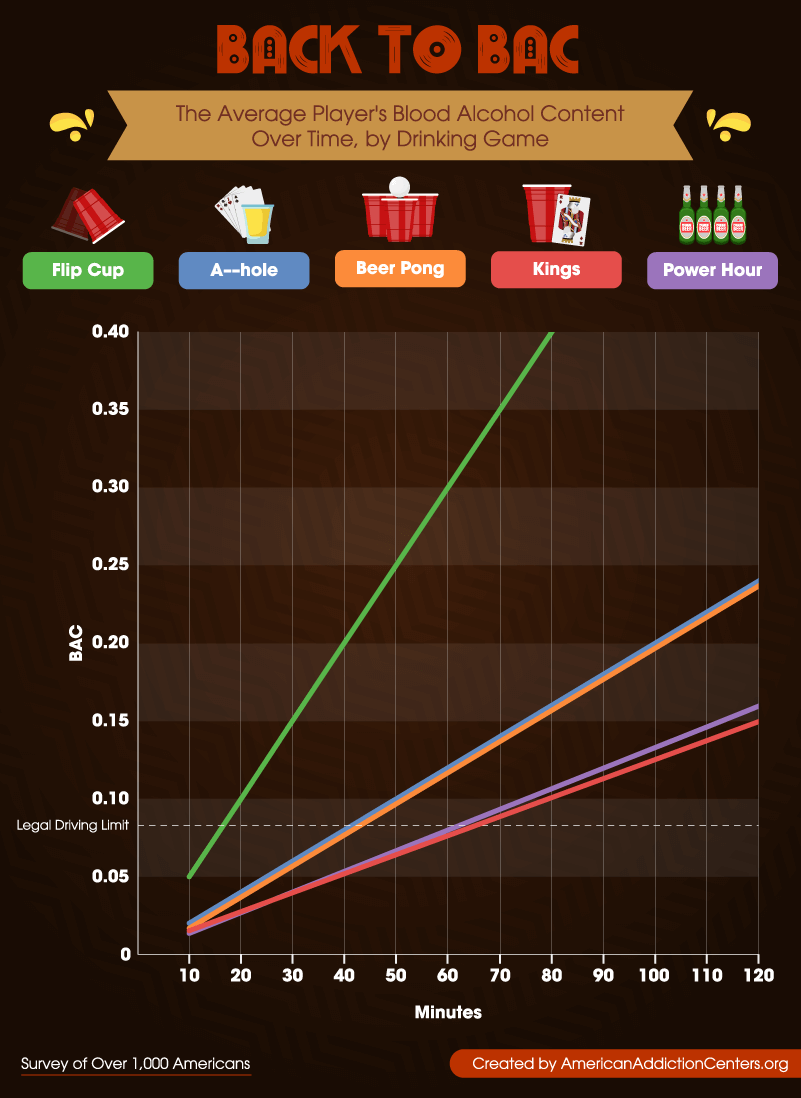 The five games the study focuses on are flip cup, beer pong, kings, power hour and asshole. When played according to their rules, all five games are capable of getting players legally intoxicated within 40 minutes.

Of those five games, one towered above the rest as the most efficient in getting players drunk: flip cup. In under 20 minutes, you can reach a BAC of 0.08, the legal driving limit.

According to the survey, "It only takes 32 minutes to reach a 0.16 BAC while playing Flip Cup, which can lead to amnesia, vomiting, or a loss of consciousness."

In comparison, it will take around 40 minutes of beer pong to reach a 0.08 BAC. For those of you who aren't as ~mathematically inclined~ that makes flip cup more than twice as efficient when it comes to getting you drunk.

Kings, a drinking game where each card in a standard deck is assigned a different rule, is the least effective in getting players drunk, followed closely by power hour. Both games take over an hour to reach a 0.08 BAC.

We are Beer Pong ??? pic.twitter.com/ViR6OkIlb4

Despite the fact that flip cup is a faster way to get drunk, beer pong is significantly more popular.

Perhaps this is because "beer pong had one of the quickest increase in BAC levels of any drinking game researched," according to the study. "Respondents were the most likely to report feeling intoxicated while playing [beer pong]."

The least popular drinking game is power hour, with only 22 percent of participants having played before, followed closely by asshole, a game that requires both the ability to strategize and a deck of cards. 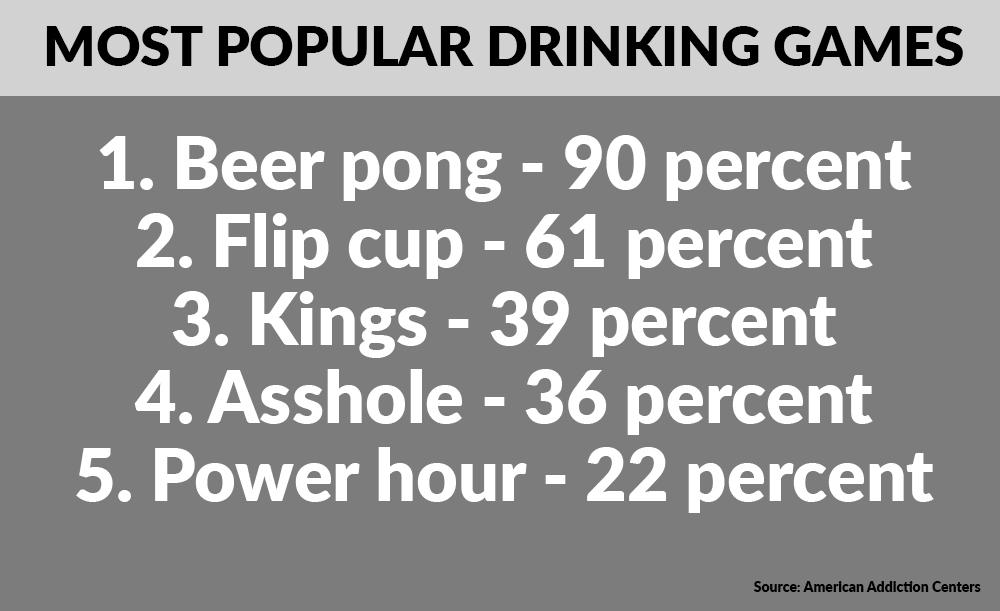 Of course, binge-drinking isn't all fun and games and can potentially become dangerous if the games are played irresponsibly.

So the surveyors suggest ways to adjust game rules to make the dangers of binge-drinking a little less harmful. 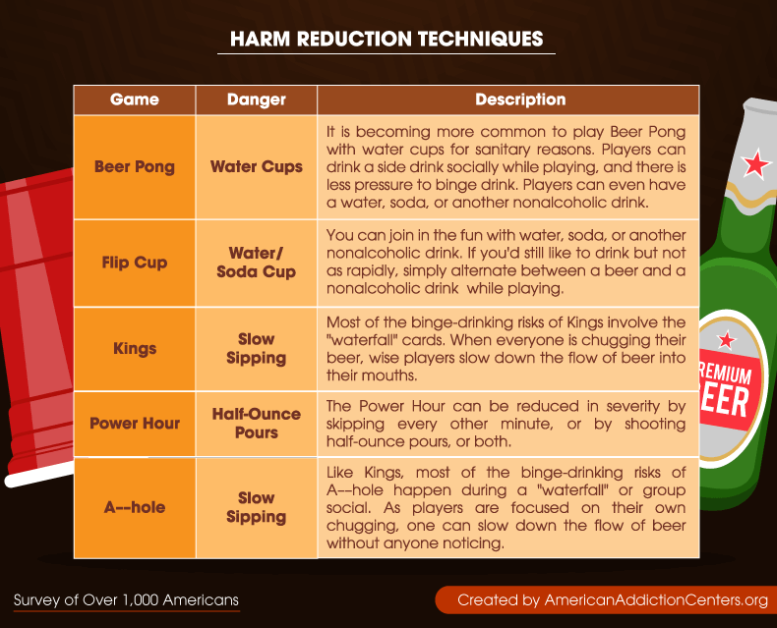 Each game has a part that is most concerning, like "waterfall" in kings and full pours in pong and flip cup. Certain situations allow for replacing alcohol with water cups, which helps keep players from getting too drunk, too fast.

So what have we learned from from these scientists-turned-beer pong experts? Flip cup is the most dangerous drinking game because it raises a player's BAC faster than any other game. Anxiety and other negative effects of drinking can be slowed by pouring less alcohol or replacing sips with water.

It's naïve to think people won't play drinking games, but we can spread tips for playing smarter.