When you spend hours binge-watching a show, you get pretty attached to the characters. If you ever wondered which kickass surgeon of Grey’s Anatomy you identify with best, then this is one way to find out. We’ve placed the prominent characters from everyone’s favorite medical drama on the American political spectrum. While Grey’s has quite an extensive list of characters, there were a few that stuck out as possessing characteristics of a few political affiliations.

Alex Karev aligns most with anarchism because he typically does whatever he wants within the confines of the hospital without fear of consequences. Once, Karev disobeyed the wishes of Arizona and proceeded to operate on a kid because he believed he was doing the right thing.

Christina Yang most aligns with communism because she owns that operating room, having managed to ward off most of the cardio-thoracic attendings throughout the series. Once she purchased a share of the hospital, she decided she could do whatever she wanted. To Meredith she says, “Don’t let what he wants eclipse what you need. He’s very dreamy, but he is not the sun. You are.”

Callie Torres gets the title of liberal since she happens to align with the stereotypical liberal views and identifies as bisexual. Callie says, “I’m bisexual. So what? It’s a thing and it’s real. I mean it’s called LGBTQ for a reason. There’s a b in there, and it doesn’t mean badass. OK it does, but it also means bi.” Also, a personal favorite (in reference to her father’s disapproval of her gayness), “The man flew 3,000 miles to make me straight. With a priest! I’m lucky they didn’t march into the ER swinging incense all hepped up for an exorcism.”

Remember? This look was amazing in #greysanatomy

Miranda Bailey, though she had the title of Nazi in the early seasons and later became BCB, gets the title of moderate liberal as she shows mostly liberal ideologies (such as supporting Torres’ and Robbins’ marriage) but still resembles a few conservative values (such as wanting Christina to have the baby rather than aborting it).

The rain has stopped, the sun is shining, my braids are tight and I'm ready for a day of saving lives GREY'S ANATOMY style…what a lucky lady I am…#episode1214 #lovemyjob #greysdays

Arizona Robbins gets the green party as she is the only homosexual surgeon, that we know of, in the hospital. She is absolutely for LGBT and women’s rights. She states, “I’m super gay. Like, the gayest of gays. I’m lesbianic.” This goes to show how proud she is as a successful surgeon who happens to like the same sex (RIP Dr. Robbin’s leg).

I think I have earned the right to declare today International Grey's Anatomy Fan Appreciation Day! We are rolling out Season 12… All because of you… Get ready for lots of selfies????

Meredith Grey, the no-emotion-in-the-workplace super-surgeon, aligns with an independent ideology. She is conservative yet liberal, passionate yet caring and soulless yet heartfelt. 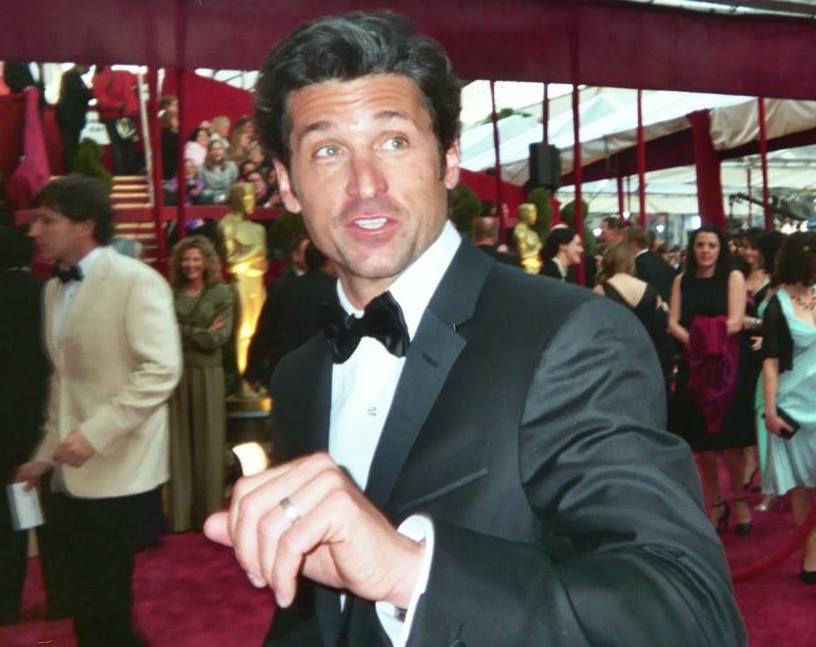 Derek Shepherd would be the moderate conservative as he does what is best for his patients rather than what they want. He also is more OK with homosexuality so he could lean more moderate (RIP McDreamy).

Owen Hunt is the conservative of the bunch. He was in the military and possesses great leadership quality, never wavering from the best interests of the hospital. Hunt believes that leaders should serve the people, not their own special interests. He also believes healthcare is a joint decision by both doctor and patient. Hunt and Torres both believe in helping America’s veterans and giving them the best care. Amelia asked Hunt if he owned a gun. “No. No. No, I, uh, fix bullet holes. I don’t make them…you need one in the Army. You don’t need one here.” This is why he go the title conservative as opposed to alt-right or extreme conservative.

Richard Webber would be the fascist. He was Chief of Surgery for a while, running the hospital as he saw fit. When he stepped down and became a general surgeon, he still tried to run the hospital at times. He always did what was in the best interest of the hospital and his patients, never wavering for personal reasons.
(Disclaimer: fascism is not necessarily the belief that one race or ethnicity is better than and above all others; fascism is ultimately the belief the government, as an autocracy, should be completely uninvolved in the economy.)

Essentially, the cast of Grey’s Anatomy is definitely diverse and wholly represents the political spectrum used for United States politics. We’re all a little guilty of comparing ourselves to these heroes because they’re already such relatable characters. Might as well throw some politics into the mix, right?