‘Coming to Michigan was kind of an identity shock – like, holy shit I’m a minority’

In case you missed it, the University of Michigan recently dedicated a new space exclusively for first generation students called the First-Generation Student Gateway.

What's a first generation student you ask? A first-gen is a student whose parents or guardians have not completed a Bachelor's degree, meaning they are the first in their family to do so.

Located in suite 3009 of the Student Activities Building, the lounge serves as a study area and resource hub for first gens and their allies.

To get a feel for just how great this new space is, The Tab spoke with senior Hunter Zhao, the president of First-Generation College Students @ Michigan. 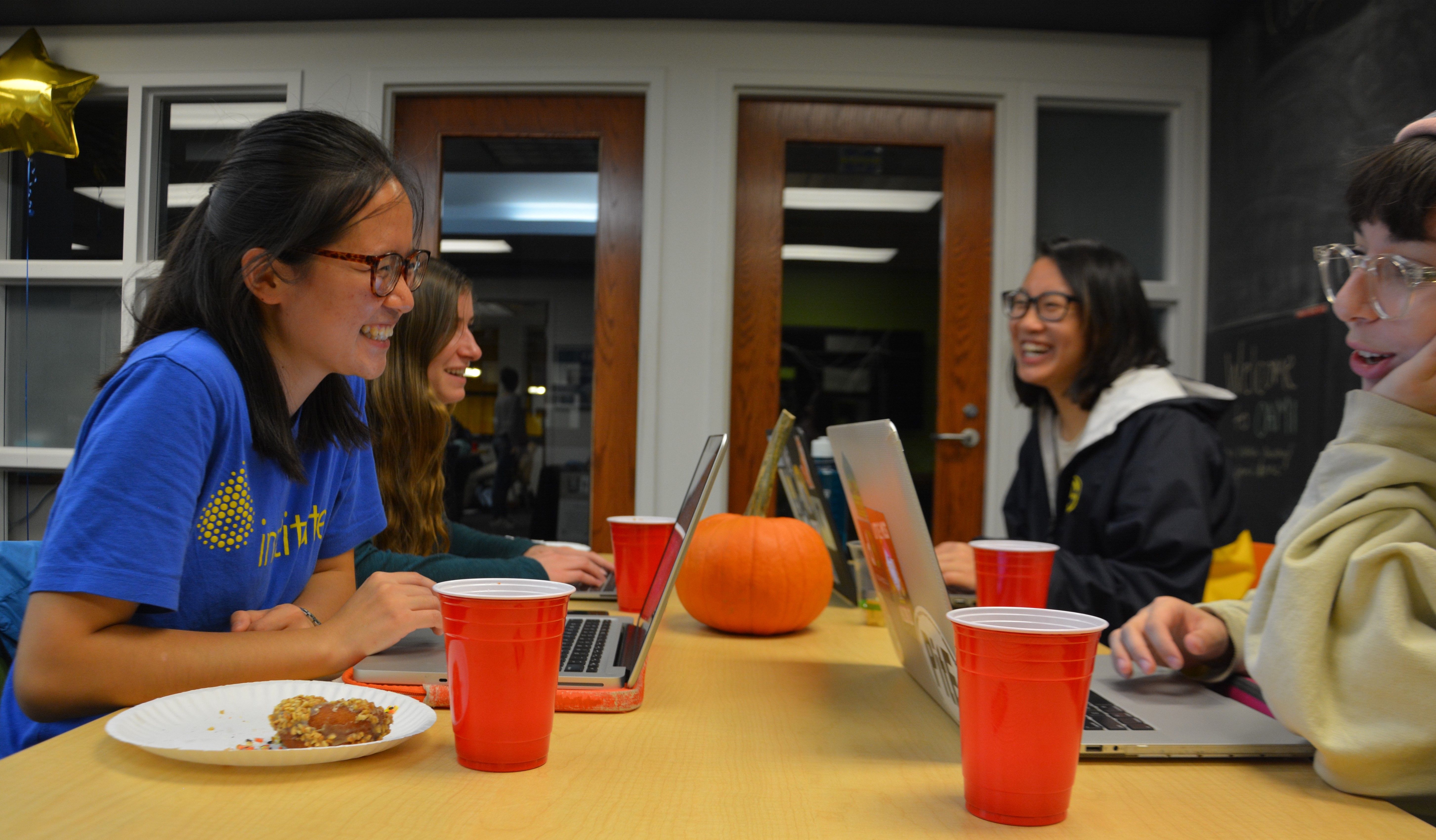 So before we even get started, tell me about you. Where are you from? Do you have any siblings?
I'm from Muskegon, MI. Yes, I have an older brother who goes to Ferris State.

Being a first-gen, what did your transition from high school to college look like?
I think I started out just like other students in high school. When it came time to applying for colleges, I had so many question but no one to answer them. Most of the time, I'd just imitate what my friends were doing in terms of preparing for life after high school.

Did your family support your choice to attend UMich for all 4 years?
Even though I had been accepted, I was actually planning on going to a community college for two years before transferring to UMich. All I could think about was how attending Michigan would impact my family financially. My parents depended on me as a translator as well as a worker at our family restaurant. Leaving for college meant that they would have to let go of not just their son, but a worker and interpreter.

What kinds of resources are available to students in the new space?
We have financial aid advisors, regular advisors, study abroad help and more. We have a variety of faculty members that work solely in our new space, always ready to answer questions.

How and when did first-gens become an organization at UMich?
It all started in 2007 when Dwight Lang, a professor of sociology at the University was approached by a group of students who had been sharing similar experiences and feelings on campus. Despite coming from a diversity of backgrounds, they all recognized the unique situation they all found themselves in as first-generation college students. He wanted to form a group where those students would feel comfortable asking questions and sharing their stories. It began with informal meetings and dinner at his house; and now, here we are 10 years later, it's grown so much. UMich was actually one of the first universities to form an established group of college students who are the first, which makes this story even more incredible.

What does the future look like for first-gens?
Our main focus right now is to sustain our current members, and continue to reach more students, of all academic class levels, at UMich. 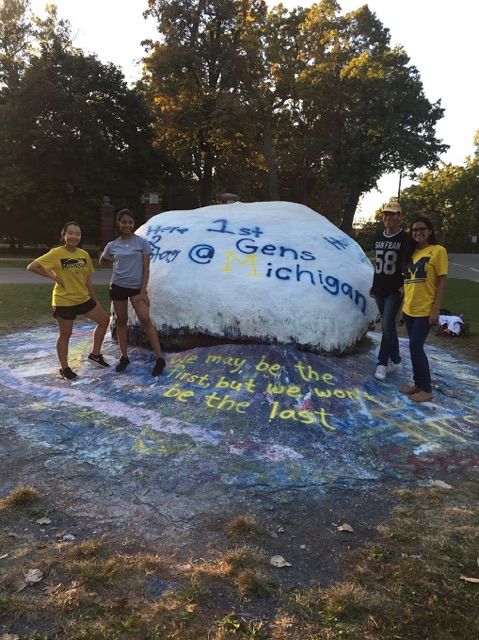 We also spoke to another member of the board for first-gens, junior, Gaby Paniagua about what the organization means to her.

Before coming to Michigan, I didn't even realize I would be labeled as a “First Generation Student”. Once I started living on campus, I saw the people around me were very different from me. A lot of people around campus have immediate family, like parents who are doctors and professors, and that was kind of surprising to me.

Coming to Michigan was kind of an identity shock, like holy shit I’m a minority, and I didn’t even notice or didn’t care until now. I'm a Latina of lower class standing, and a first generation student; Michigan, specifically, was not gonna be a walk in the park for me.

I know now that this organization is a blessing. They give me a space were I can relate to others, and we can get help together. It's important to have a community you can relate to, or you know is there to help in any way.