Chalk graffiti has appeared outside the C.C. Little Science building mere days after a student protest took place demanding the building be renamed.

C.C. Little, an ex-President of UMich, was a known eugenicist who supported the sterilization of women of color.

The chalk message, stained with fake blood, reads "Little has blood on his hands. Rename now." 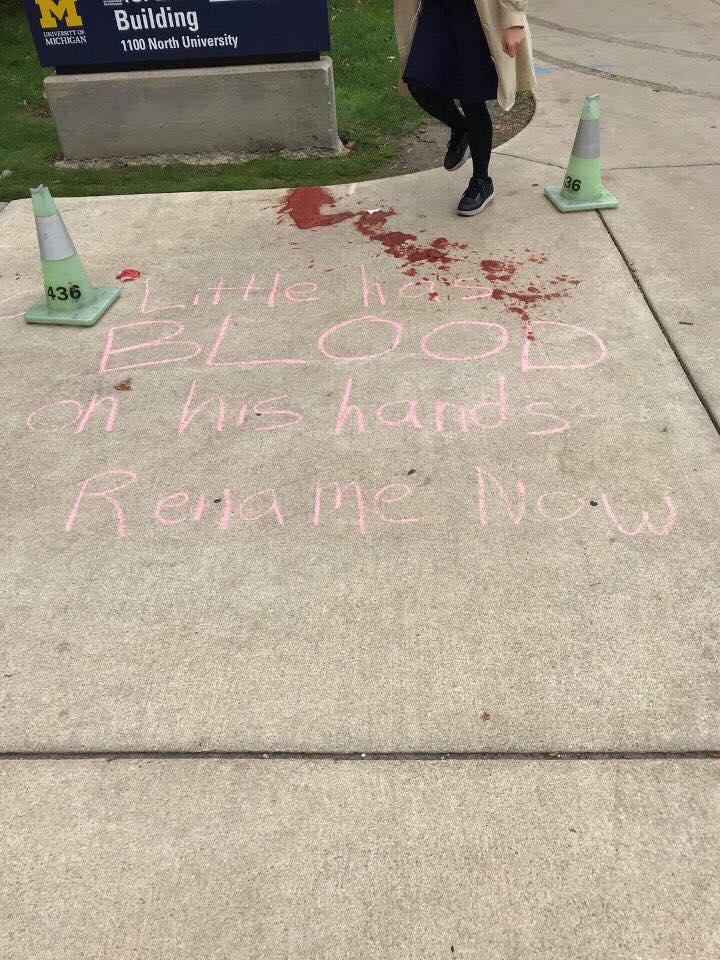 On September 1st, a request for a change of name was submitted by members of the LSA faculty and it is currently under review.

However, it is becoming clear that the student body will no longer stand for any mark of Little's legacy on this campus.

The blood and chalk were washed away shortly after it was spotted. 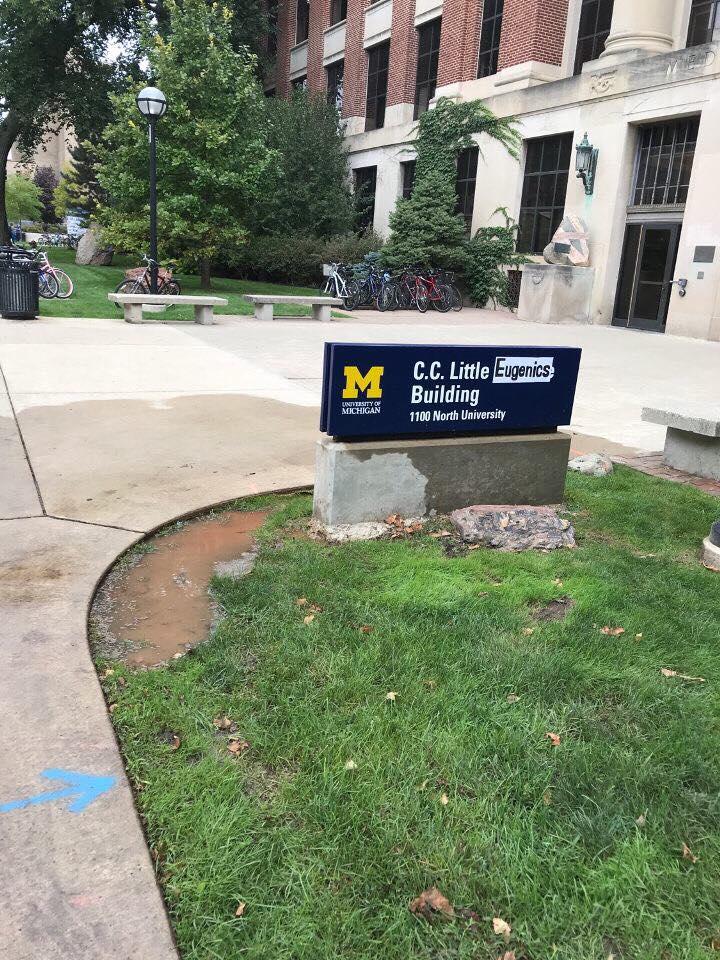 While the blood was washed away, UMich students are not giving up so easily. Someone covered "Science" with "Eugenics" as reminder that the building honors a deceased eugenicist.