And over a third are reported from university buildings

Sexual assaults and other sexual crimes have been mapped at the University of Michigan for the first time.

The Tab Michigan undertook the mapping project to give the student body the first clear look at where most sexual crimes occur on campus.

The data is based on three years’ worth of police crime logs, which the University is obligated to give. Some of the data and information used was clarified through requests to campus authorities. 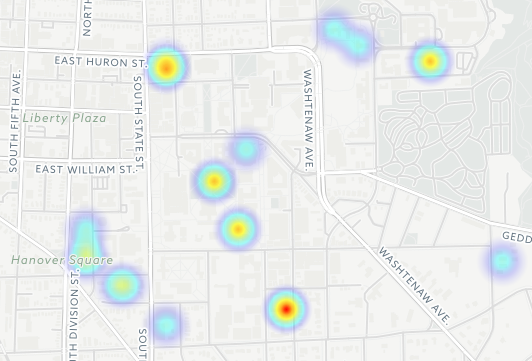 A heat map of UMich focusing on freshman dorm locations

We gathered data by sorting through the campus crime log, noting the date, nature, and location of incidents. We then plotted those locations on a map of campus, and checked for possible trends. The data shows clusters of reported cases in the State Street, Church Street and the Hill area of campus – popular student locations.

From 2014 to 2017, there have been nearly 50 reports of sexual assault and rape on the University of Michigan’s campus.

The most surprising statistic to come from our analysis is that 43 percent of sexual assaults are reported from freshman dorms like Markley and East Quad. 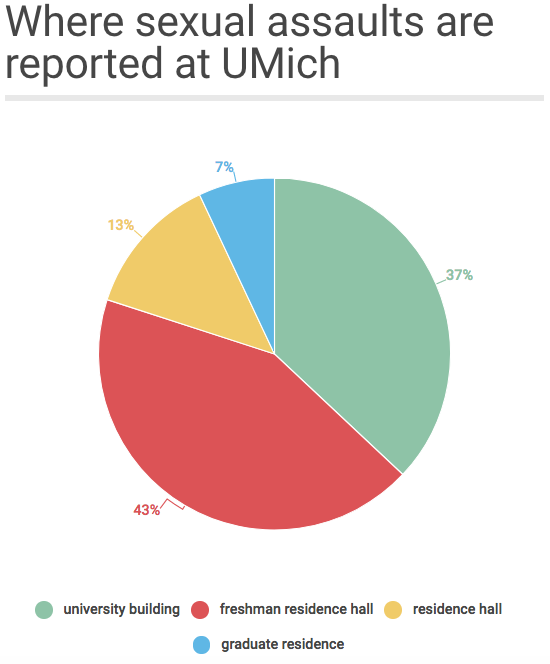 University buildings – libraries, parking lots, Michigan Stadium– account for a high number at 37 percent. Residence halls that are not specifically for freshmen make up 13 percent of reports, as the final seven percent come from graduate residences.

No incidents were reported from fraternities but it's worth remembering crimes can be reported to Ann Arbor Police instead of UMich Police, so this data set is not exhaustive.

We spoke to Diane Brown, the Public Information Officer of UMich DPS, and she noted that "nationwide, this is a very underreported crime." She further explained that it may seem like we have a lot of crimes happening on campus, but when you look at other universities and their sexual assault statistics, and see that they only have a few on record, that's where you find a problem with reporting.

While the crime reports make it seem like UMich may be an unsafe campus, that's not necessarily the case. As Brown told us, it's more likely the UMich has stressed the importance of reporting to students more than other universities.

Contrary to what experts call “the red zone" – how students are at most risk of sexual assault in the first weeks of the semester – the data available for UMich shows a spike in July. 22 percent of incidents occur in the first three months of the semester, but it is not unusually high when compared to national trends. 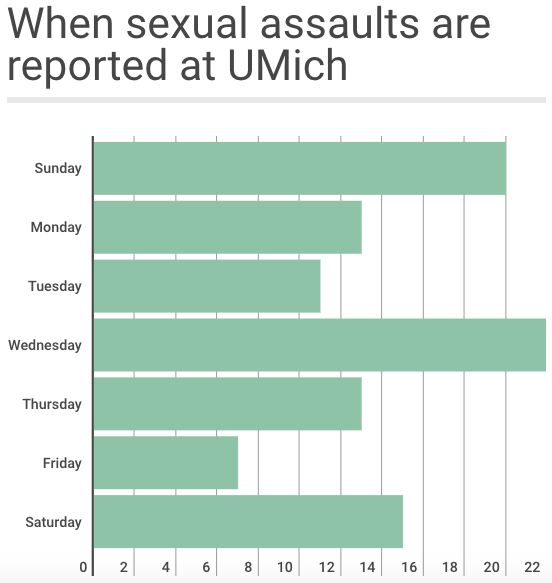 A possible explanation for that could be a popular bar night, but with less people out to intervene in potentially harmful situations. 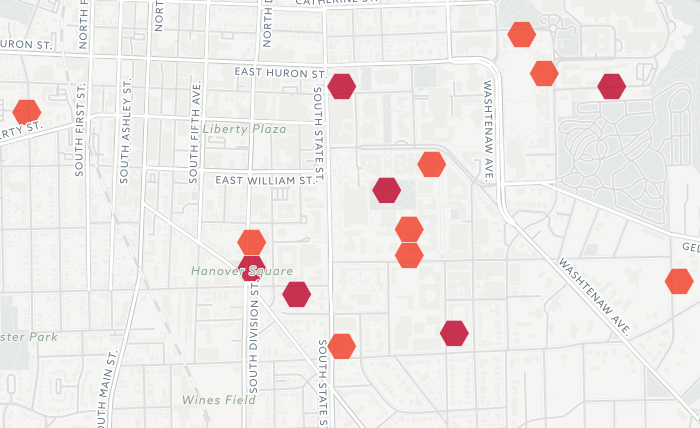 A density map showing how where assaults reports cluster at UMich

One unexpected result from the data analysis was the number of times UMich Hospital appeared as a location on reported incidents. It accounted for 17 incidents over the past eight years – 36 percent of all reports. When we contacted UMich DPS about this, they explained that the higher number of reports from 1500 East Medical Center Drive does not reflect the actual incidents that have occurred.

Diane Brown, the Public Information Officer at UMich DPS, explained: “Sometimes patients are on lots of prescribed drugs, or have dementia, or are coming out of surgery, and think they may have been sexually assaulted in some way, so they report it. Or maybe patients inappropriately grab at medical staff. DPS handles all cases professionally, whether they truly happened or not, so the incidents are always recorded and posted in the crime log."

She added: “We have three hospitals, and a huge medical campus, so of course there is a much higher probability that a sexual crime would happen in one of them, as compared to a university with maybe one or even no hospital."

Because of the unique status of incidents noted at UMich Hospital, we have chosen not to include them in our analysis.

Josefina* is a student at UMich who was assaulted on campus.

Speaking to The Tab, she said: “I think as much as Michigan warns freshmen and attempts to teach how to drink responsibly, we need to start teaching people how to escape a situation that they're scared of or how to find support after.

“We teach a lot of prevention but kids are still going to drink and party and things happen, our community needs to better support victims after they are assaulted as we continually teach the whole community that only yes means yes." 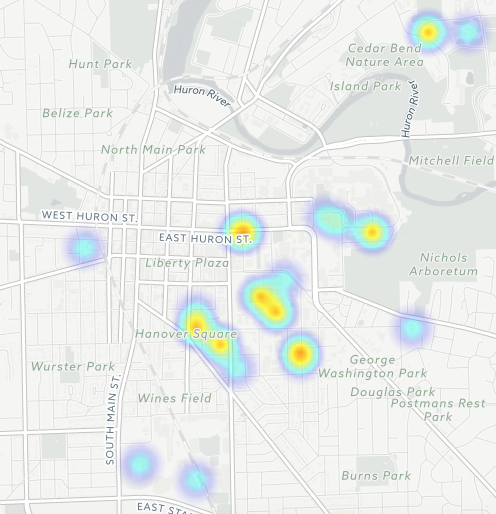 The full heat map of all sexual assault reports at UMich

When considering this data set, it is important to note that a large number of sexual assaults go unreported. While this map does help give a look into where sexual crimes are said to have occurred, it is not a complete picture.

If you are or know of someone who is the victim of sexual assault, visit the Sexual Assault Prevention and Awareness Center site.