Instead, the ceremony will feature several speeches from faculty and students, along with a video of multiple speakers.

Following several months of speculation about who would speak at this year’s Spring 2017 Commencement, the university announced this morning that in lieu of a traditional speaker, the ceremony will have several speeches from faculty and students, and a video of past speeches.

“The University of Michigan’s Spring Commencement ceremonies will celebrate the bicentennial-year graduates with a unique Michigan Stadium event that features voices from the past and the present, Oscar-winning musicians and special alumni awards,” wrote spokesperson Kim Broekhuizen in a post on the University Record.

Instead of a live speech, “There also will be a multimedia performance that will include portions of historic commencement addresses delivered live by current university dignitaries. The video presentation is being produced by Malcolm Tulip, assistant professor of theatre and drama in SMTD.”

University representatives say that this change was made as a way to make this year’s bicentennial commencement special, but many students have expressed frustration with the announcement.

Said LSA senior Ilhana Redzovic, “The whole thing just seems a little rushed, as if [the university] didn’t have enough time to figure something else out. But I’m sure the people who are making the video are working really hard and it’ll probably be really good, I guess we’ll have to wait and see.”

“But at the end of the day, it’s still a video,” Redzovic said. “It’s disappointing.” 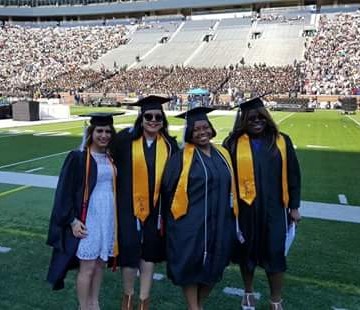 Added Taby Kalami, LSA senior, “It seems as if [the university’s choice] didn’t live up to the hype that they were generating. The way they were talking and hyping everything up made it sound like it was going to be a lot bigger deal. They also waited a long time to make the announcement.”

Engineering senior Clare Hyde served on the student committee that oversaw the planning of Spring Commencement, and said she found the process extremely frustrating.

Hyde said that after viewing the results of a survey she sent out to students about Commencement, her biggest concern was that students seemed to feel that the program was becoming a celebration of the university and not the specific 2017 graduating class.

“In the meeting, I brought up the survey results multiple times,” Hyde said in a statement. “One of the responses from the staff was: ‘We’re going to try to focus on the graduating students, but that’s going to be hard.'”

“Commencement is supposed to be solely about sending the graduating students off into the real world on a good note. Despite my persistence throughout the meeting to focus on what the students wanted, I did not feel anything I said was being internalized and I was merely being placated. The whole process is a prime example of lack of transparency, follow-through, and disregard for the student voice,” Hyde said.

Hyde said she was further frustrated by the fact that the committee stopped meeting early on in the year, saying that their last meeting was in December. Hyde said she sent emails to the committee head throughout the following three months asking about additional meetings, but got no response.

“I did my best with the power and connections I had available to make it clear to the committee with ample time that students were upset with the direction the Commencement Ceremony was moving through the aforementioned interactions,” Hyde said. “I am extremely displeased with the decision made and feel that it does not honor the graduating class in any way. It is merely an attempt to be non-controversial after some previous speeches and instead will glorify the university on its bicentennial further despite the other events organized with that goal. This is disrespectful to our class and we deserve a speaker just like the past 200 years have had. Instead we will get to see those previous, inspiring speeches in a video at our own commencement and watch some students on a video as well. It will be a brutal reminder that our voice and our experience do not matter to the administration.”

Hyde said that she hopes students continue to voice their opinions about the decisions surrounding Spring Commencement, and noted that they can do so by contacting Patti Mullaney at [email protected]

The Tab has reached out to Mullaney for comment, and will continue to update this story as it develops.