‘It’s not fair to anyone, especially innocent people’: Here’s what happened at the Immigrants March in Ann Arbor

Students gathered to demand equity and respect for immigrants

Shortly after 1pm today, the Immigrants March of Ann Arbor began, protesting the attacks on immigrants under the Trump administration, and demanding equity and respect.

The march started in downtown Ann Arbor, and worked its way to the University of Michigan Diag, where a rally was held.

At the gathering on the Diag, speakers shared personal stories of their journeys to America, and the hardships they have faced. Some speakers included local high school students who spoke on behalf of undocumented immigrants, afraid to publicly share their stories.

Speakers also encouraged people to get involved, and fight to make their voices heard, as we all come in contact with immigrants on a daily basis.

We talked to some people at the rally, and asked them what inspired them to attend the march.

Senior Sam Polson said, “I just really do not agree with the exclusion mindset that all of the new proposals have. It’s not fair to anyone, especially innocent people.” 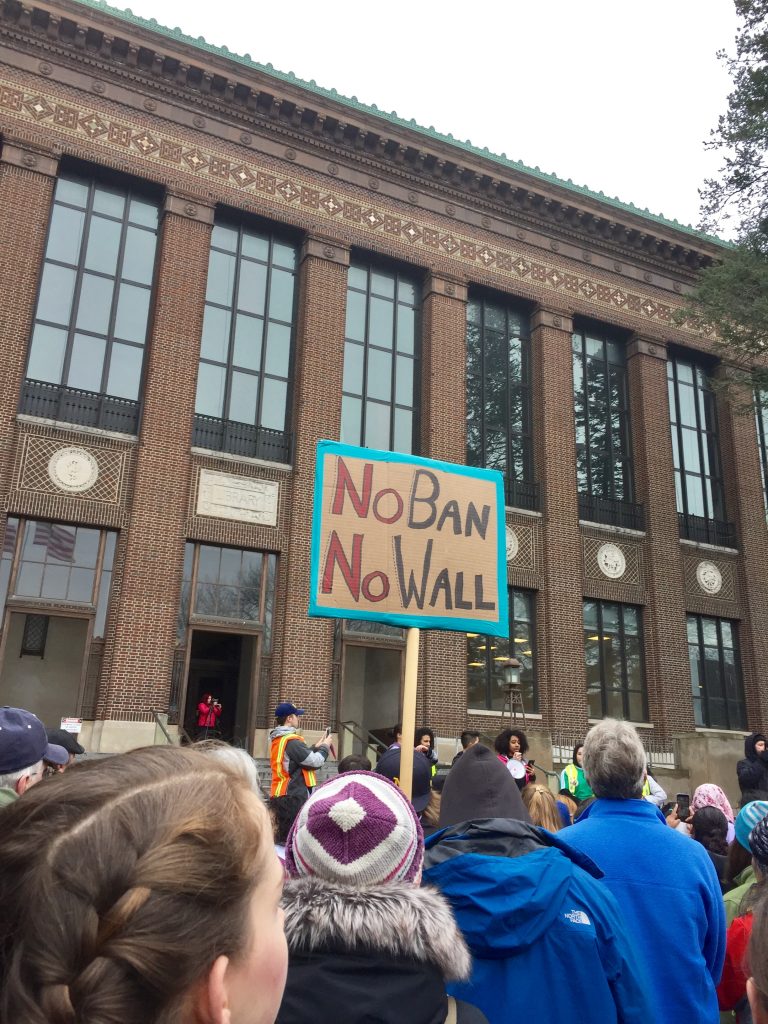 Sophomore Victoria Hernandez said, “In general immigrants bring diversity to America, which benefits everyone. We can all learn from each other.”

Overall, the march was small due to weather, but very powerful. People came with fiery attitudes, and were able to freely voice their concerns and opinions. There will be another march in Ann Arbor later in the spring, coordinating with the Immigrants and Workers March in Washington, D.C.