Hundreds of students partake in walkout protesting hate on campus

At 3pm today, students across campus left class to make a statement in a walkout organized by Students4Justice at the University of Michigan. Their event page says: “This walkout is a national movement that is happening in response to the election, as well as the increase in hate crimes and other forms of violence against marginalized folx. We are doing this to hold President Schlissel and our Regents at the University of Michigan accountable for their claims of valuing diversity and student safety and well-being.” 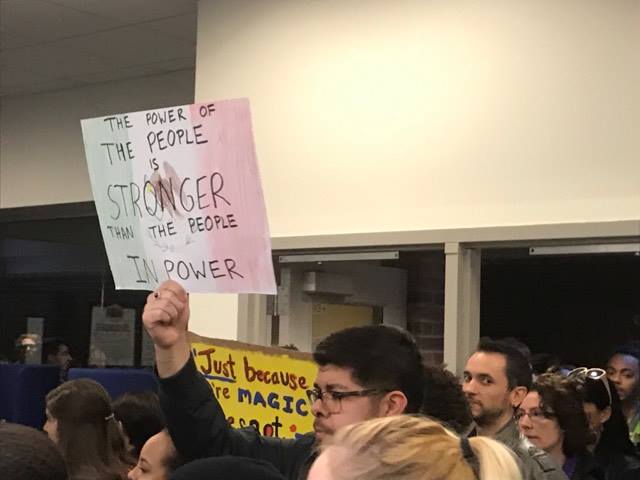 Students4Justice has created a list of demands for the university which includes seven different points, such as: channeling resources and money into protecting its students, removing or changing symbols of white supremacy on campus, doubling its commitment to rejecting racial harassment, making the university a place of sanctuary for undocumented students and their families, divesting from unethical corporations that profit from human rights abuses, protecting its black students, and issuing a statement detailing its dedication to the protection of students of color. 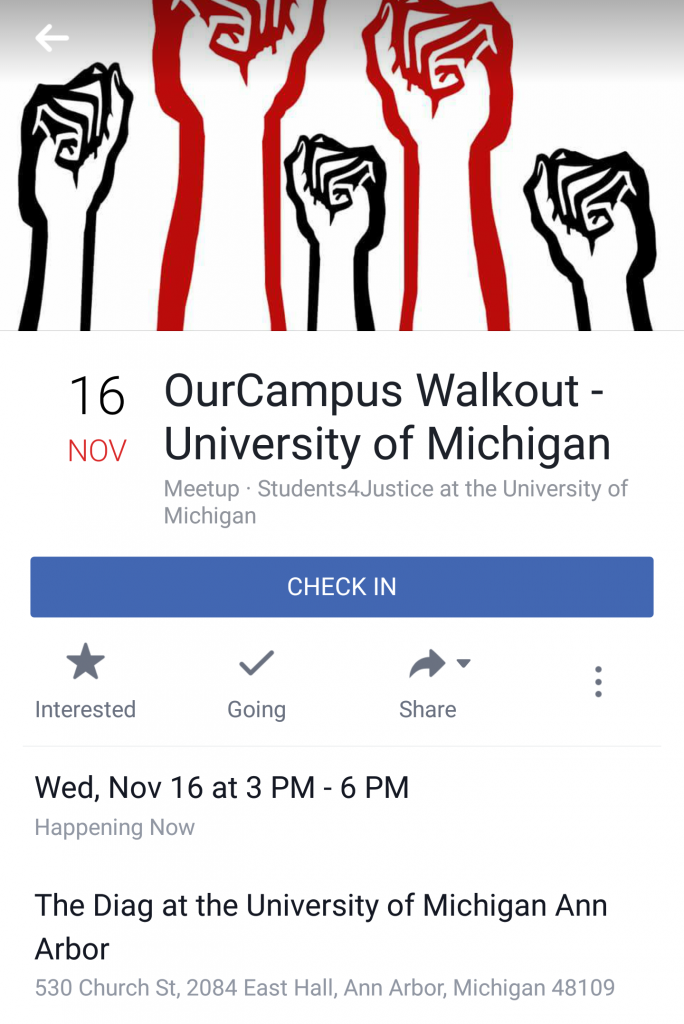 Jesse Jackson was also present at on campus today, speaking in the Diag to students during the walkout. He gave a speech at 4pm recapping his career and what we should do as a nation looking forward from the recent election.