Michigan is one of the most sleep-deprived schools in America

Are you surprised though?

Raise your hand if you need a nap right now. Everybody? Yeah, that’s what I thought.

Jawbone, a company that makes wearable tech with the ability to measure how many hours of sleep you get, has compiled data (a total of 1.4 million nights of sleep worth) on the sleep habits of college students all over the country. And let me just tell you: it’s not pretty.

UMich students, on average, go to bed each weeknight at 1:09am, and wake up each weekday at 8:43am (aka just rolling out of bed for that 9am…). That puts the average amount of sleep per weeknight at 6.92 hours – not too bad, all things considered. Nonetheless, we’re one of the most sleep-deprived schools in America. 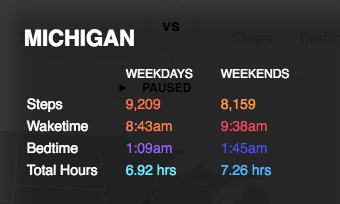 It also found that the tougher the school, the later students go to bed (duh). Michigan was near the top of this trend, with our US News and World Report ranking at #29, and our 1am weekday bedtime on the later side compared with other schools. 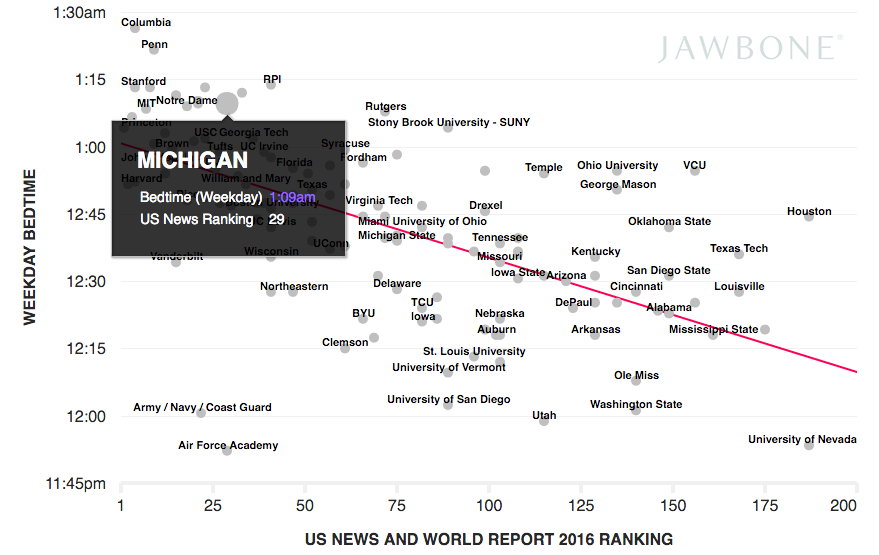 While it’s certainly not a bad thing that we’re well known for our intense studying, remember that we all need a break sometime, especially now, in the midst of finals season. So if you’re feeling a little sleepy as you read this, do yourself a favor and treat yourself to a much-deserved nap. Sweet dreams, Wolverines.