This week, Michigan State students were brokenhearted to learn that the Abbott Street location of the beloved Conrad’s Grill is being forcibly closed by a cause unknown to the public.

Instead of being welcomed into Conrad’s open doors with the savory smell of delicious chicken tenders and tater tots, hungry customers were shocked to instead find locked doors and a discouraging sign posted on the front door of the restaurant on Tuesday, Jan. 3. 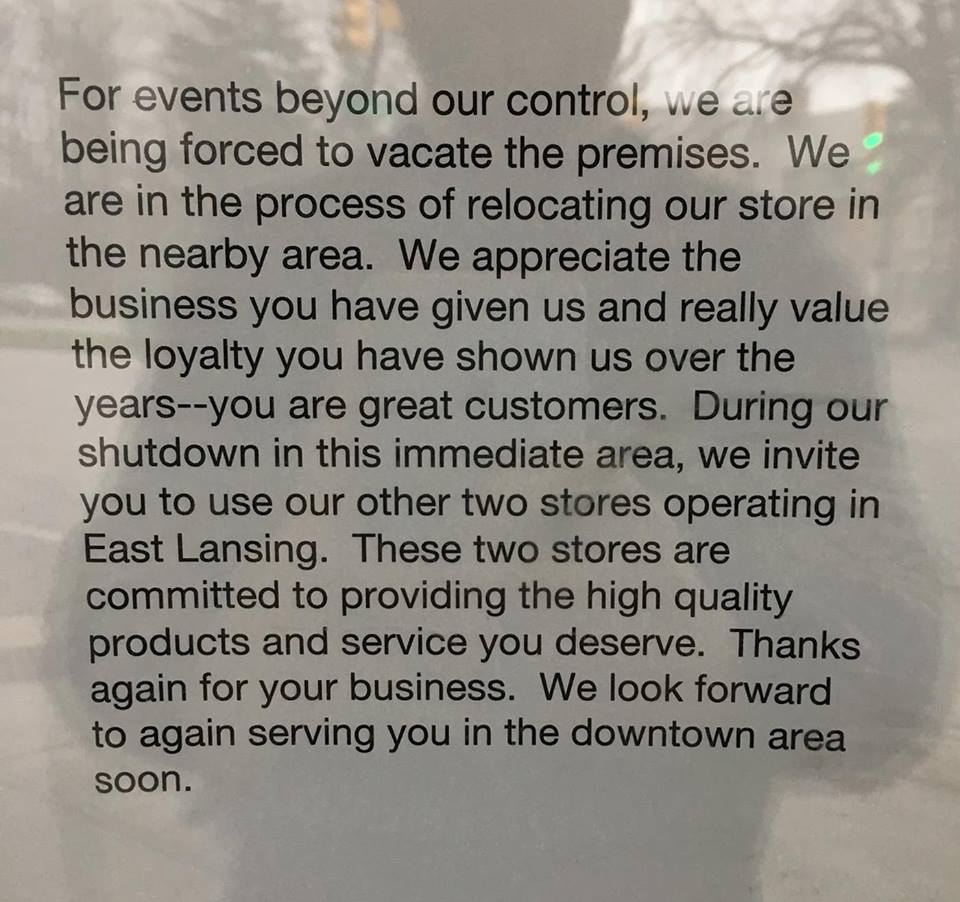 Devoted fans of this drunk food institution have taken to social media to express their sadness. 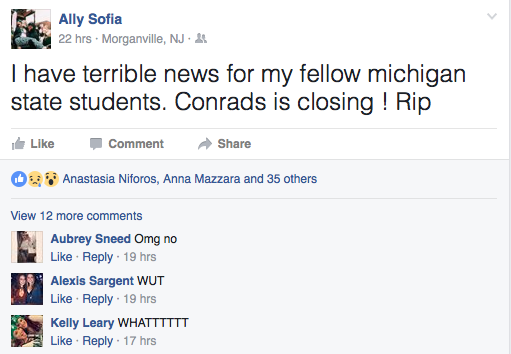 I think every Spartan is currently in shock as if you couldn’t tell by these comments.

This year is not looking so hot as of right now.

Don’t worry Nick, there are two other locations!

? I just saw on Facebook that Conrads on Grand River is closing ?

Not just emoji tears were shed because of the closure.

Although the Abbott location is now closed, Conrad’s still has two other locations for MSU students. “Conrad’s 2” is now the closest to campus, located just west of Spartan Avenue at 1219 E. Grand River Ave. The other, “Conrad’s 3,” is located in the Frandor Shopping Center at 332 Morgan Lane.

Watch The Tab MSU to stay updated with any word about their newest location. Until then, let’s hope we can all get through syllabus week with a little less Conrad’s in our lives.