They said ‘Build the Wall’ and crossed out ‘Trans Lives Matter’

In the months, and especially the last couple of weeks, leading up to the election, students have taken to the side walk that countless of MSU students walk across to show their support for both candidates through chalk graffiti around campus.

One of the most common areas for these chalk messages to be seen is behind Shaw, on the River Trail and near the business college. For the most part,  the opposing messages sit side by side without any interference, but in the last few days Trump chalk graffiti has taken over. 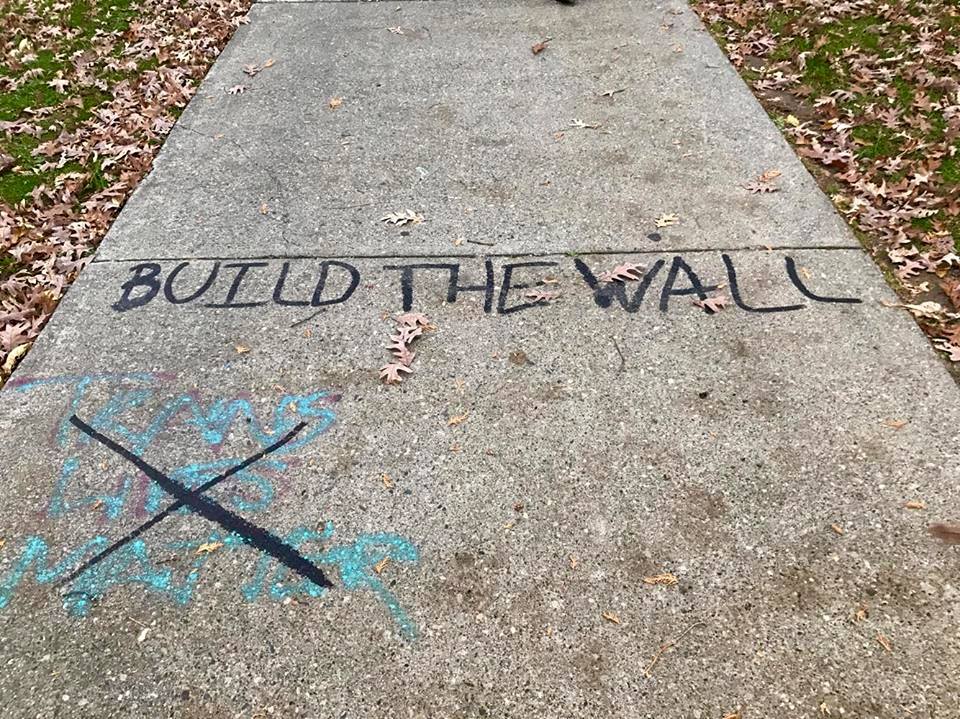 What can be presumed as a Trump supporter recently crossed out a “Trans lives matter” message and had “Build the Wall” located right above it, as well as similar graffiti near by. Earlier in the week, there was “Hillary for prision” and “Make America Great Again” strewn across the area.

At a time like this it begs the question, who will ultimately win Michigan tonight?