Why college students should vote in the upcoming election

If we don’t vote for what we want, no-one will

In the last election only 29 percent of people aged 18-29 actually voted– which means that 71 percent of the people who could have voted to change the government, didn’t. Probably because of the “my vote doesn’t matter” and “I don’t care” arguments spouted by so many people.

Well, your vote does matter. Very much so, in fact.

Just think: if everyone aged 18-29 voted in this election, we would make up the majority of all voters. We’d basically be picking who the next president is.

October 11th, Tuesday, is the last day to register, but good news: registering is easy.

Some states let you register online, but if you’re registering here in Michigan, just head on down to the local county clerk office or into downtown Lansing (we have the Capital Building right there). You can even head over to the Union or Wells Hall or head to Grand River; there are always people ready to help you get registered right then and there. Either way, it’s a breeze and will help get your favorite candidate elected. 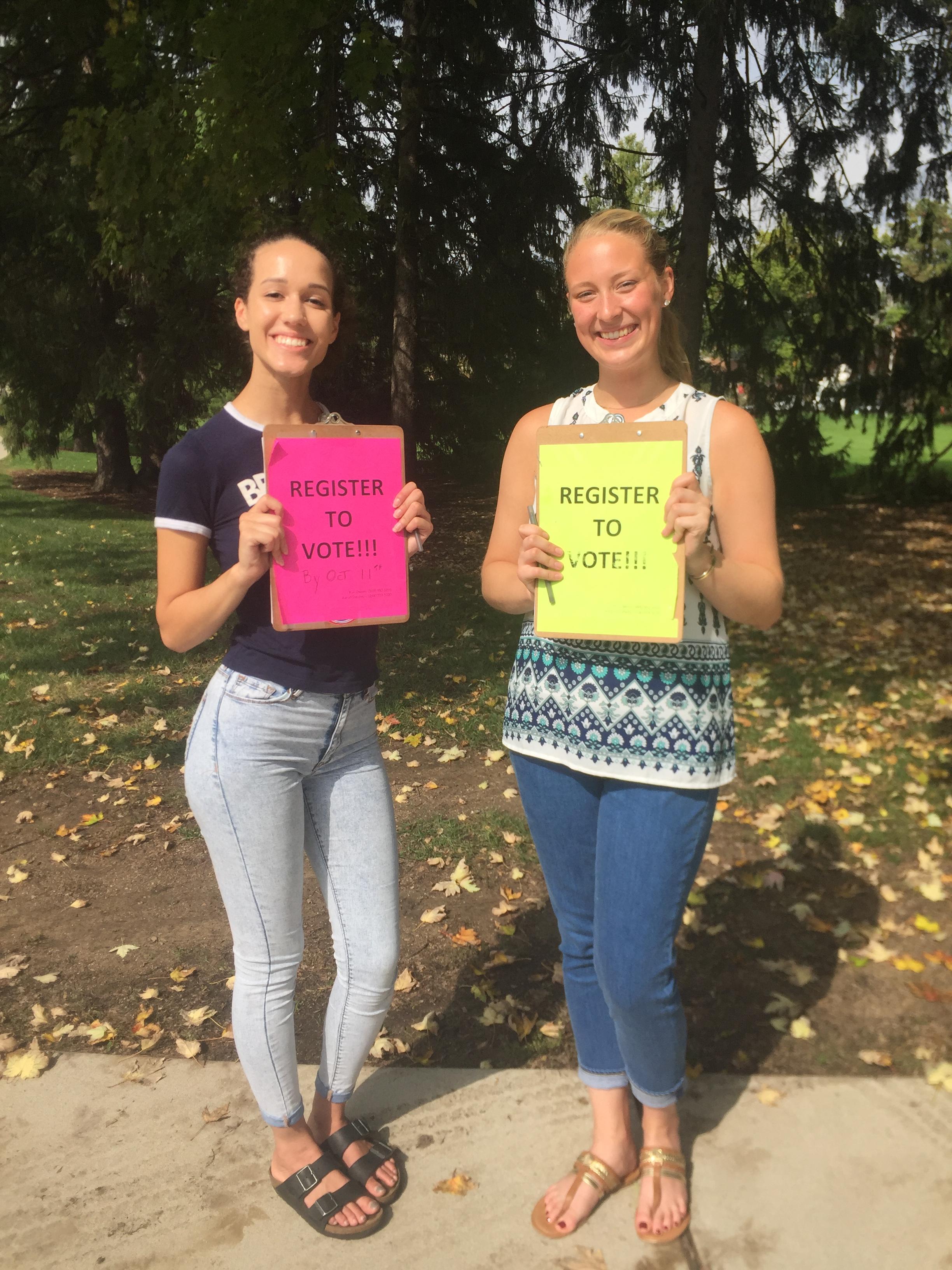 Olivia and Liz are happy to get you registered on your way to the Union, it just takes a minute. Photo: Emma Bollinger

And for those of you saying “I don’t care who gets elected,” you should vote anyway. Do a little research, figure out who your preferred candidate is, and go out and vote for them.

Even if you don’t want to vote for the president, there are many other things you can vote for. There are policies, state positions, and other things that may or may not affect you more. Either way, the results of November 8 will affect you and your future, and that’s reason enough to vote. It will affect tax rates and minimum wage and job opportunities, all of which are things that affect college students more than almost anything. Us college students are just now entering into the adult world, and voting will ensure that we’ll succeed a little bit more than if we stay in the dark. 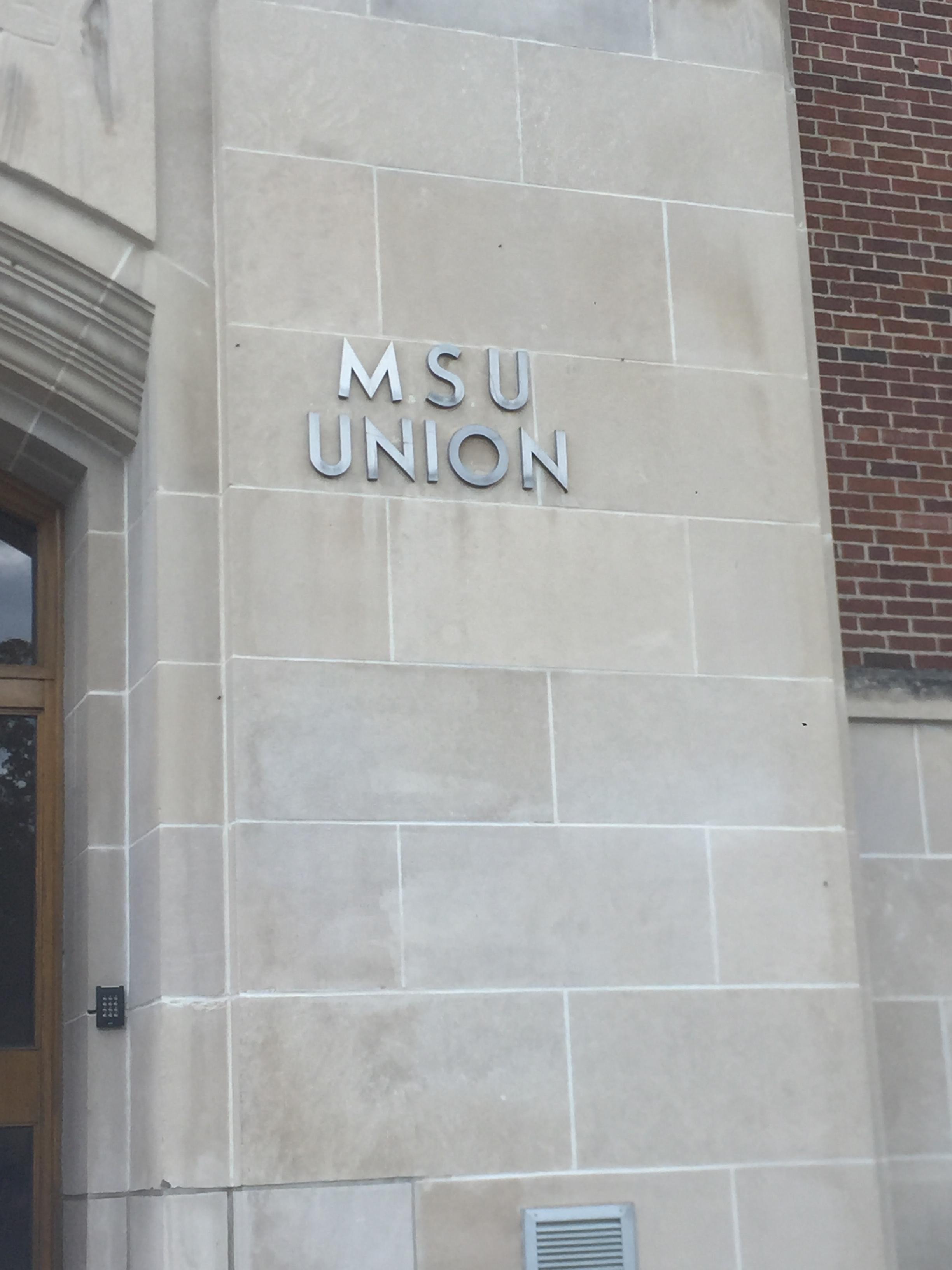 You can register to vote all over campus! People are often at the Union and have been spotted at Wells Hall and across every neighborhood on campus

So, let’s embrace the college student stigma. Let’s embrace the fact that we are called the social media generation. Let’s show the world that social media is powerful and influential, and that we know what we want and how to get it. We need to prove to the nation that we may be young, but we are smart as hell and can prove it.

But to do that, we have to get out and vote to make our voice heard. We have to make the older generations acknowledge that we are a valid group of people and deserve just as much of a voice as anyone else. But they’re not going to just hand that to us  – we have to fight for it. And it starts with your vote.