Talk about good marketing for Hil

Chloe Grace Moretz came to campus with the Clinton campaign to encourage students to register to vote. Walking across campus, with my camera bag in tow, I couldn’t help but wonder what the event would be like—there were very little details given out prior, and the details that were there focused more about Moretz than anything. I assumed there would be a lecture, Moretz would make a brief appearance, and then it would be done. I was wrong, the event was better than I expected.

Walking up to the event doors there were Hillary posters and everywhere, I got the idea that all we were going to be hearing about was Hillary and her message. After signing in we were all handed a clipboard and stickers. The volunteers informed us that later, we’d all be going out and helping the cause – we, college students, were getting them, other college students, registered to vote.

How smart? Every other time I’ve seen someone on campus encouraging students to register to vote, its been someone who has been out of college for a long time. It’s hard to reciprocate to someone who doesn’t share the same general political outlook. In this case, we could have a more personal cause for getting people to vote; this election affects us just as much as every other registered voter, but we’re the most discouraged to vote. 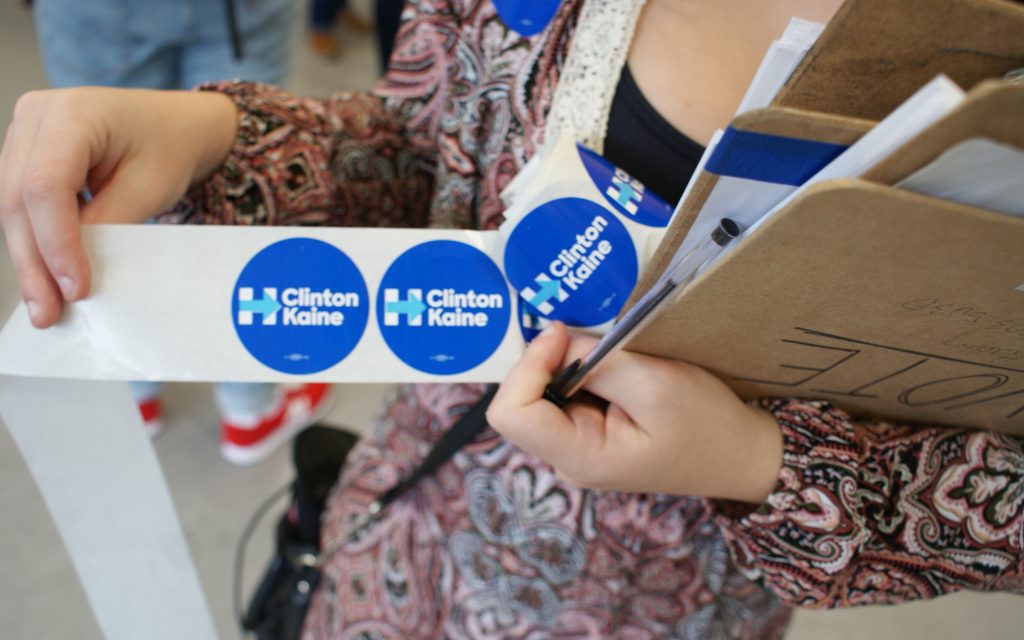 After being handed the clipboards, we waited. A lot of the people there were there only for Moretz – I met several international students who wouldn’t be able to vote, but wanted to come and meet Moretz, and hear the message she had to express. Other members of the community came purely to support voter registration.

I imagined that the wait was going to be boring, quiet and uneventful; on the contrary this event was the most upbeat and fun campaign. There was music playing, people talking, laughing and dancing through the wait. Eventually everyone made a group to create a path for when Moretz walked in, “rally style” one of the volunteers called it.

I also would have liked to say that I wasn’t a big Moretz fan. I told myself that I wouldn’t get star struck when she arrived. That didn’t happen – by the end of the hour, I was all shaky hands and pure excitement. She came in and spoke to us, and sure she mentioned the Hillary campaign, but she made it clear that she wants us all to register, and that we have an important say in this “once in a lifetime” election.

She told us why she didn’t go to college when she turned 18.

“I have worked hard for the money I’ve earned since I was six,” she said. “I didn’t want to put it into a system where I might end up disliking higher education.” She hopes that eventually, with Hillary’s education plan, she will go to college.

She also took the time to take pictures and answer questions with everyone at the event. Despite visiting four colleges today, she made no rush and everyone got the time that they wanted with her. One student threw a Trump question at her and she replied saying you can support whoever and whatever you want, just be positive. 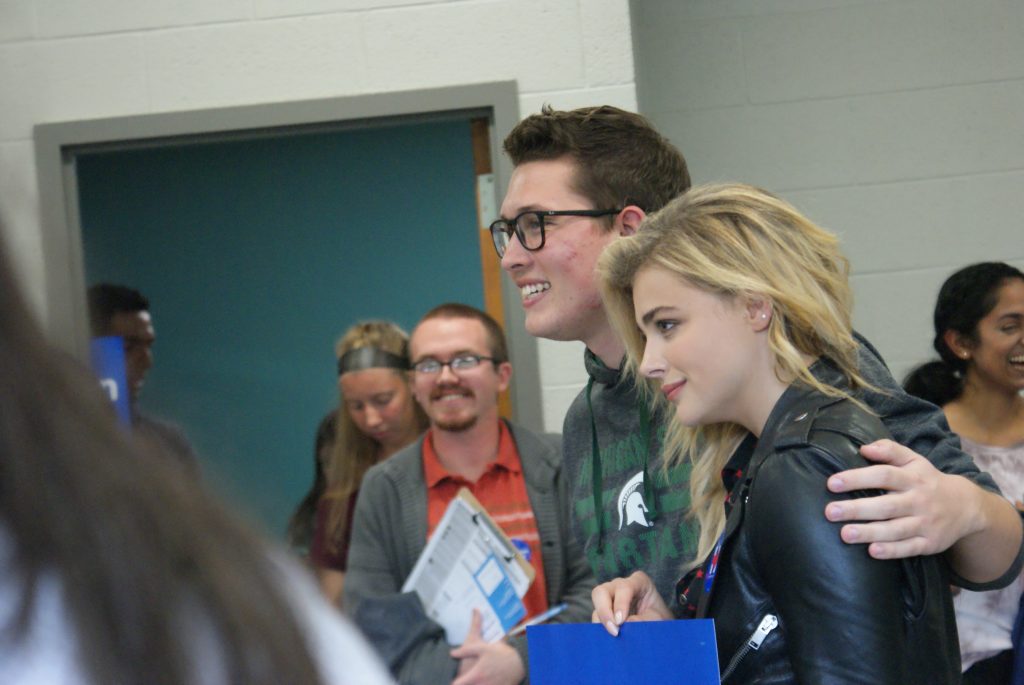 At the very end of the event, before we all went out to try and get people registered, I got to speak to Moretz about the campaign to get students register and be active in voting.

“Voter registration is really important because it’s our right as Americans to use our voice for the betterment of society and our future.And I think that if you don’t take every step you can to better our future, then what are you doing? You’re a stagnant human in society and I think that if you’re ever going to get registered to vote and you’re ever going to get motivated; this is the election to do it because we truly do have a lot at stake. In the past elections it’s always like ‘oh they’re both not bad,’ or ‘one’s really great and one’s fine’ but this is truly to the detriment of our future.”

This election has also had a lot of negative coverage for both of the main parties. It had discouraged some voters from really wanting to take action in this election at all.

“It [should be] a positive thing in general that we have the ability to exercise our rights, to use our voices,” she said. “The entire act of politics should be positive, it should be exciting. You’re having positive debates and hearing peoples ideas and coming to conclusions and coming to new bridges, and creating a new America.”

All in all, we have voices, and they are to be used. Get out there and get ready to vote. 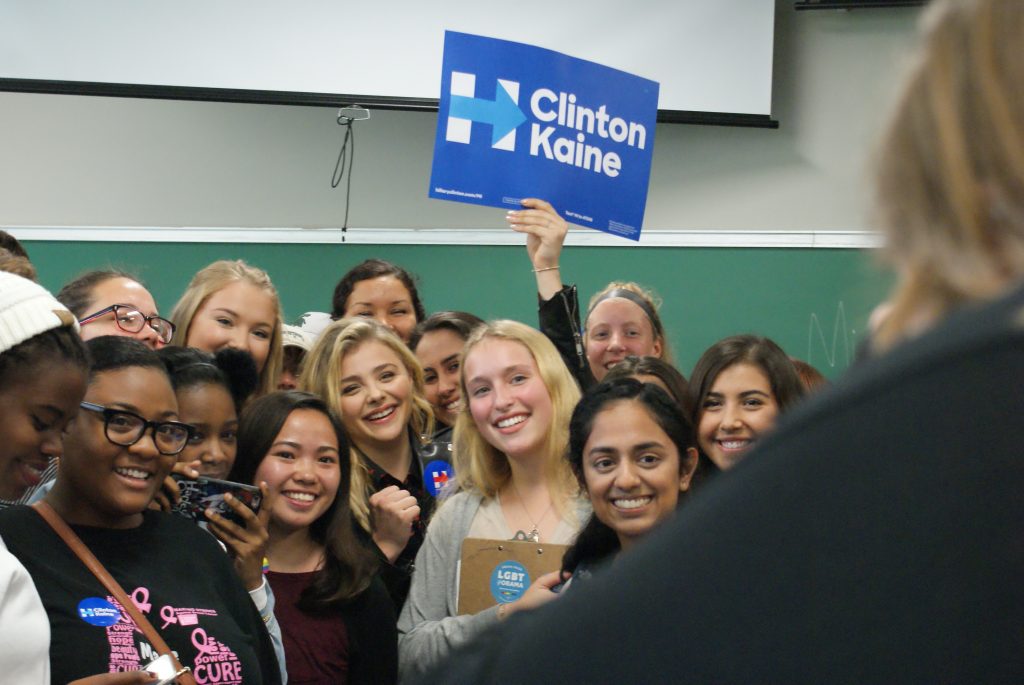