The small neighborhood received a visit from a big star

Barber walked into Menchie’s on Wednesday, sporting her coveted “Miss USA” sash, and found herself quickly swarmed by 20+ pre-teen girls who were elated to meet their role model (and of course, get a selfie). She didn’t bring her crown with her, but it’s safe to assume that it’s in safe keeping for right now. 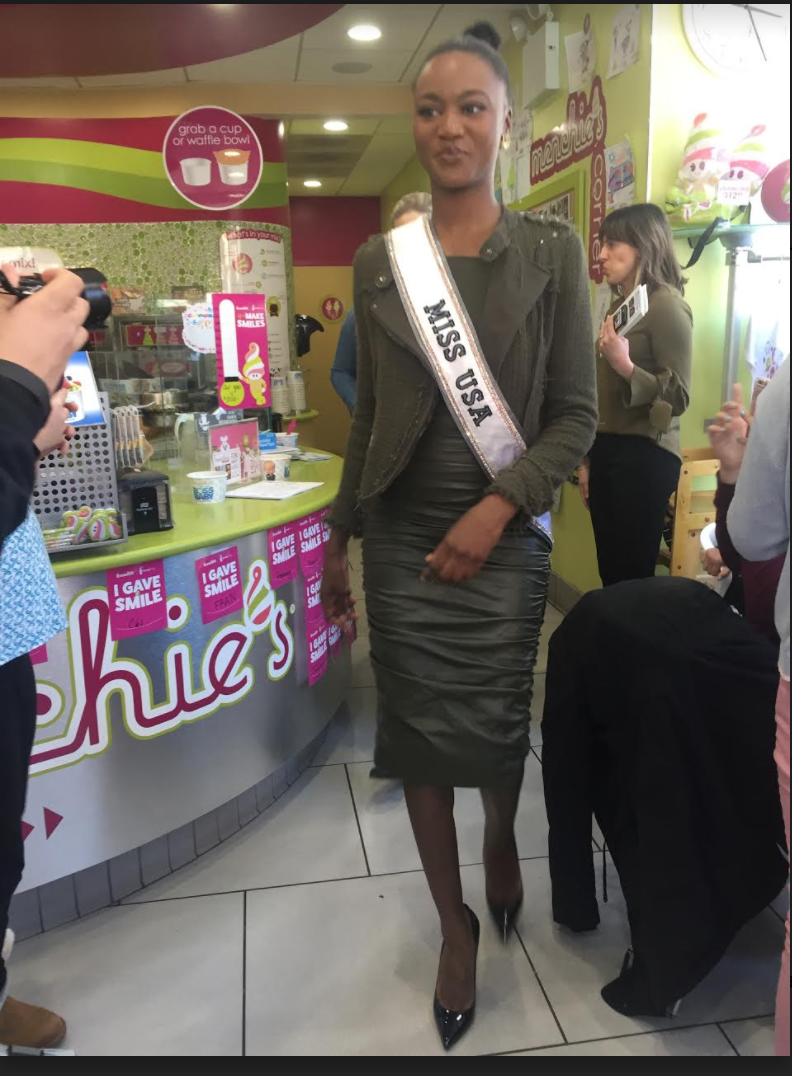 The Smile Train foundation works to help children in developing countries who have cleft lip/palate. The organization trains doctors in these countries to perform cleft repair surgeries to children in need of them. Smile Train has given more than one million children “the power of a smile” since being founded.

Menchie’s held the fundraiser by asking for donations for the cause after making a purchase. Everyone who donated would get to fill out one of the cards seen above, which read: “I gave a smile.” Who else better to help promote smiles than Miss America herself?

Barber was originally crowned Miss District of Columbia in 2016, where she then went on to win the Miss USA title, beating out runner-up Miss Hawaii. In addition, she is the first woman to be crowned Miss USA while being an active member of the military. 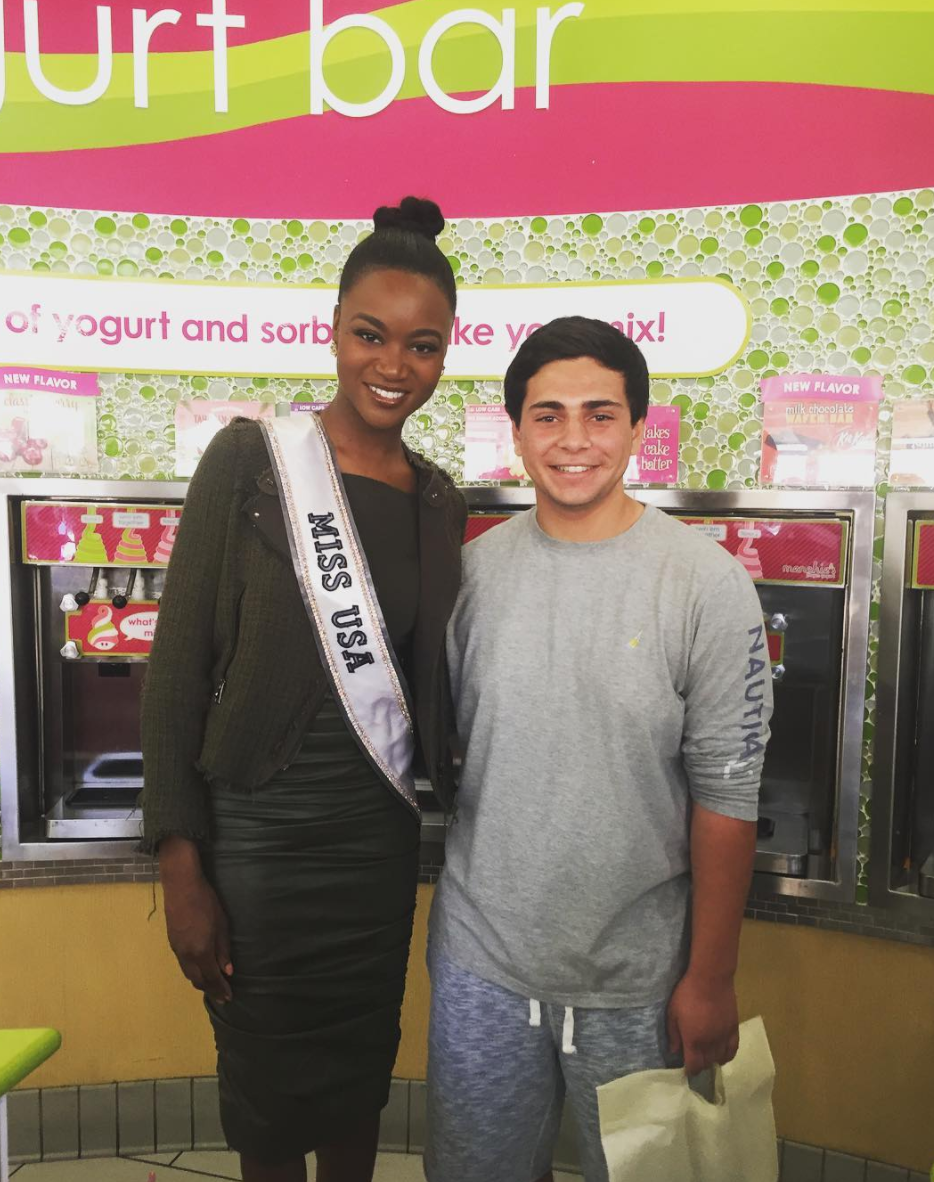 Her poise and eloquence had the entire establishment in awe. After taking pictures with all of her adoring fans, Barber got a cup of froyo for herself to enjoy, then held it up and stated, “Thank you Menchie’s, for helping give smiles!”