Hundreds of JMU students and faculty march in support of DACA

“We have to laugh. We have to cry. But most importantly, we have to FIGHT”

At 12:20 pm today, hundreds of JMU students, faculty, and staff marched silently from the ISAT stairs to Wilson hall to show their support of DACA. They carried signs, drums, buttons, and banners, and were escorted by campus police.

Just before the march began.

Organized by the Latino Student Alliance and led by JMU's current DACA recipients, the march took approximately thirty minutes and culminated in a speech by senior Diego Salinas, where he encouraged everyone to keep fighting, call their representatives, and register to vote at a nearby stand set up just for the event. He also addressed congressman Bob Goodlatte (who was not in attendance), saying "Congressman Goodlatte, I challenge you to fight with us. To stand with DACA. To protect your constituents." 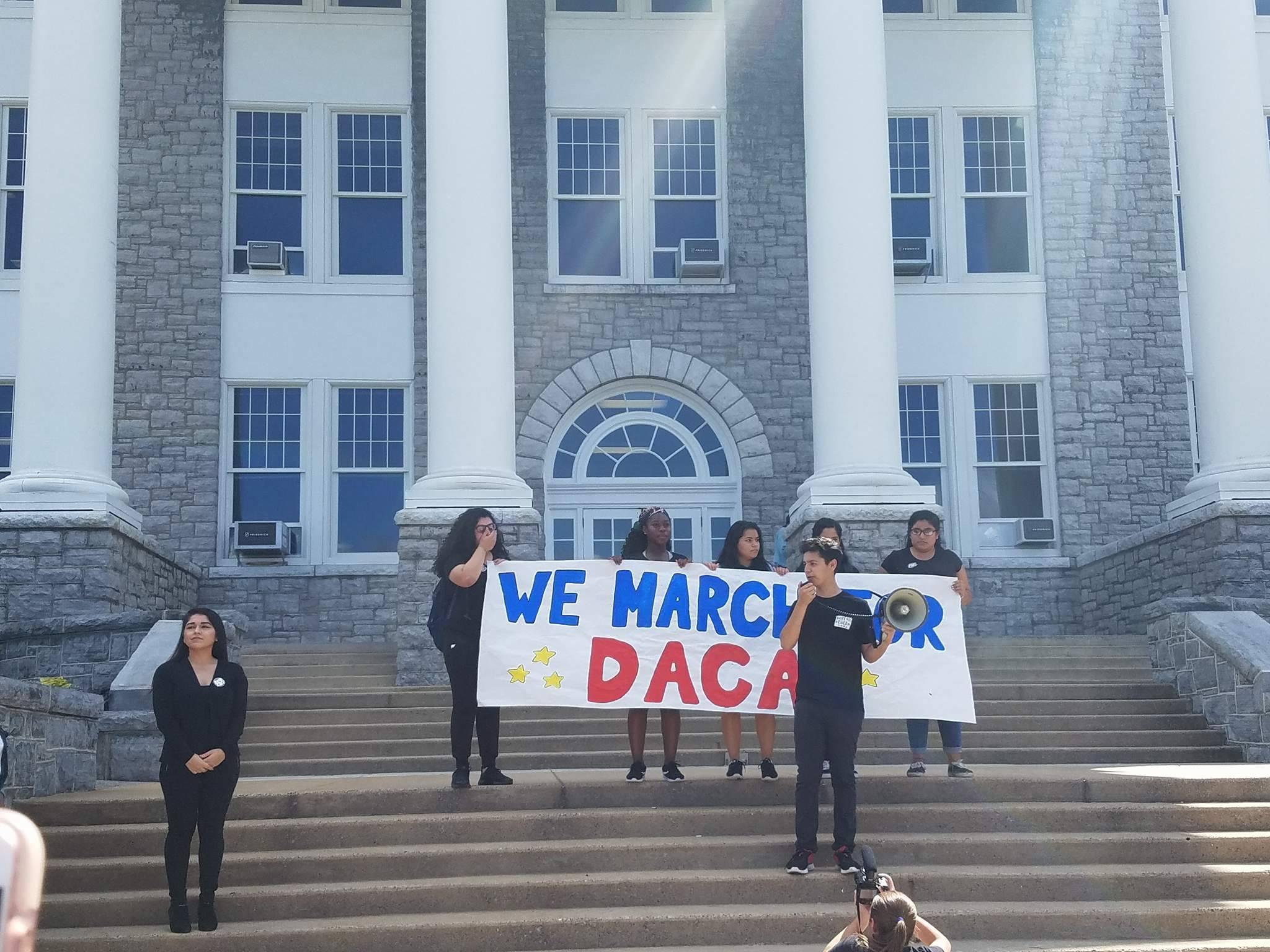 Salinas, backed by other DACA recipients and aided by LSA president Cindy Funes

Members of LSA encouraged protesters to wear all black and carry signs voicing their support of DACA. 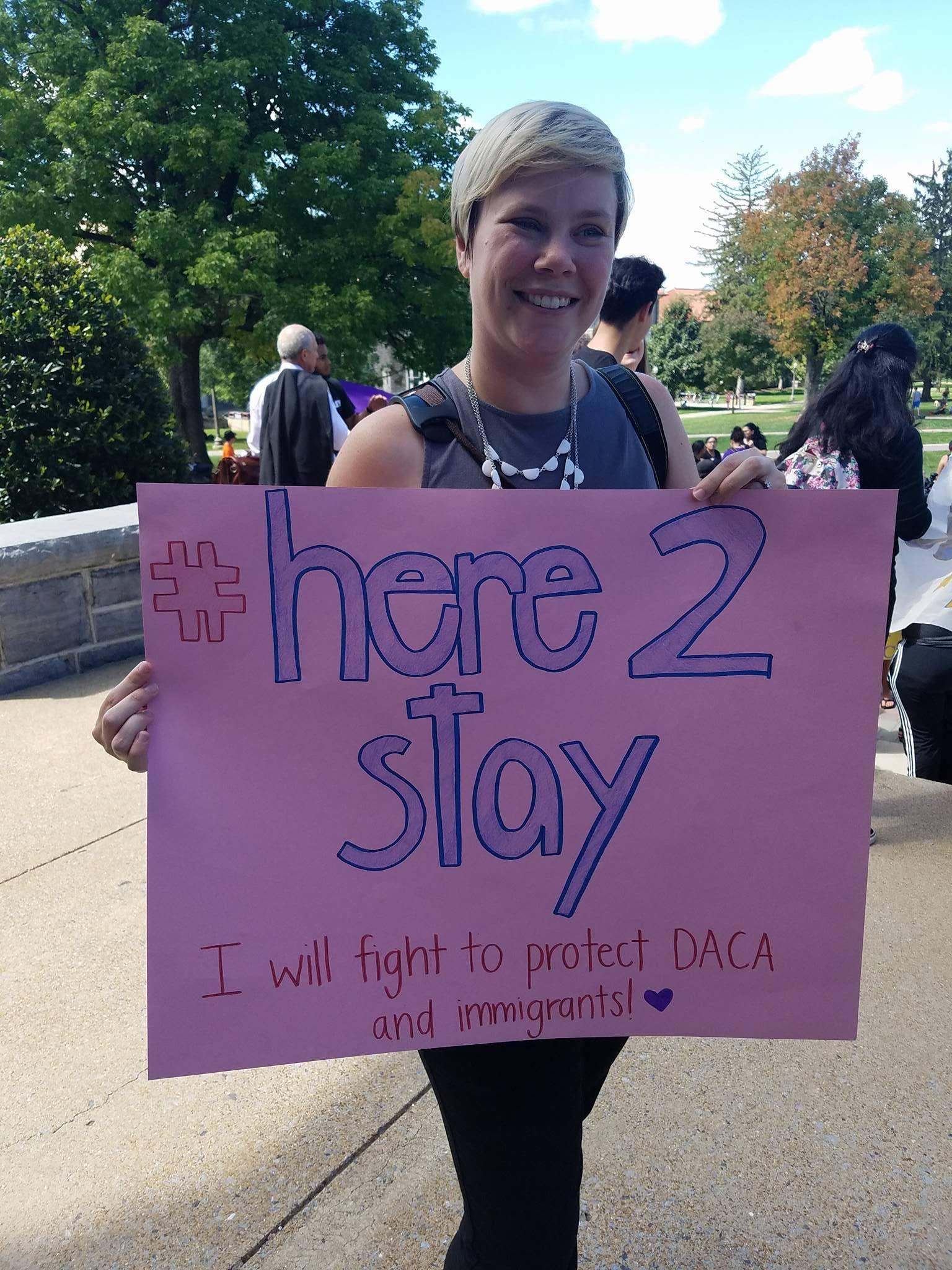 Deferred Action for Childhood Arrivals, or DACA, is a program that allows immigrants who were brought to America as children to remain in the United States as they pursue education. Though not citizens, DACA enables these children to obtain work permits, social security numbers, driver's licenses, and other legal documents that allow them to live and work. Criminals are not eligible for DACA, and recipients must pay $500 every two years to renew their DACA status.

DACA was repealed by Congress on Tuesday, September 5th. 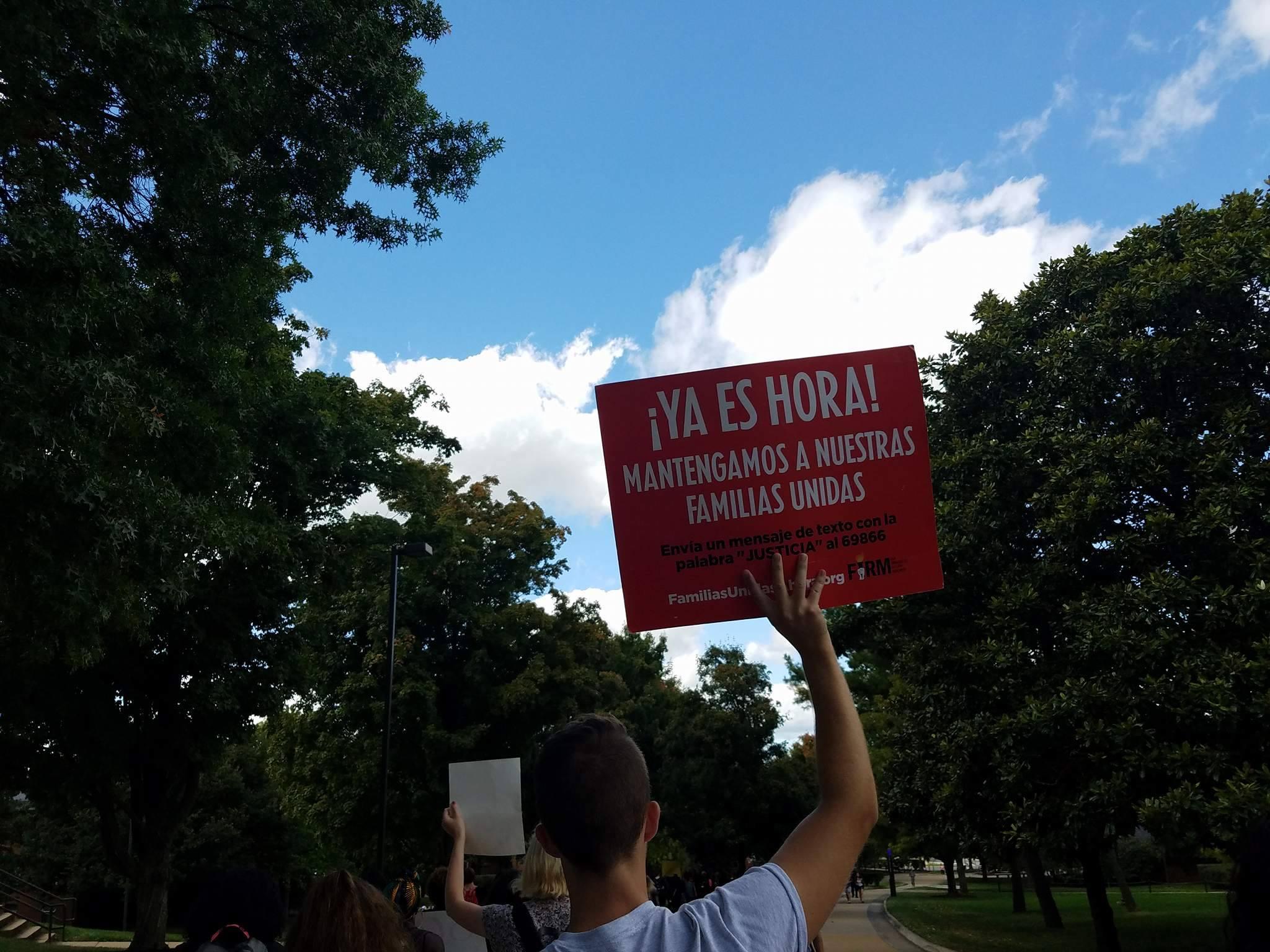 Translation: Now is the time! Let's keep our families united.

The fight for DACA at JMU has been going on for a long time–spearheaded by Diego Salinas, "Dukes in Defense of DACA" has been a movement for nearly a year now. 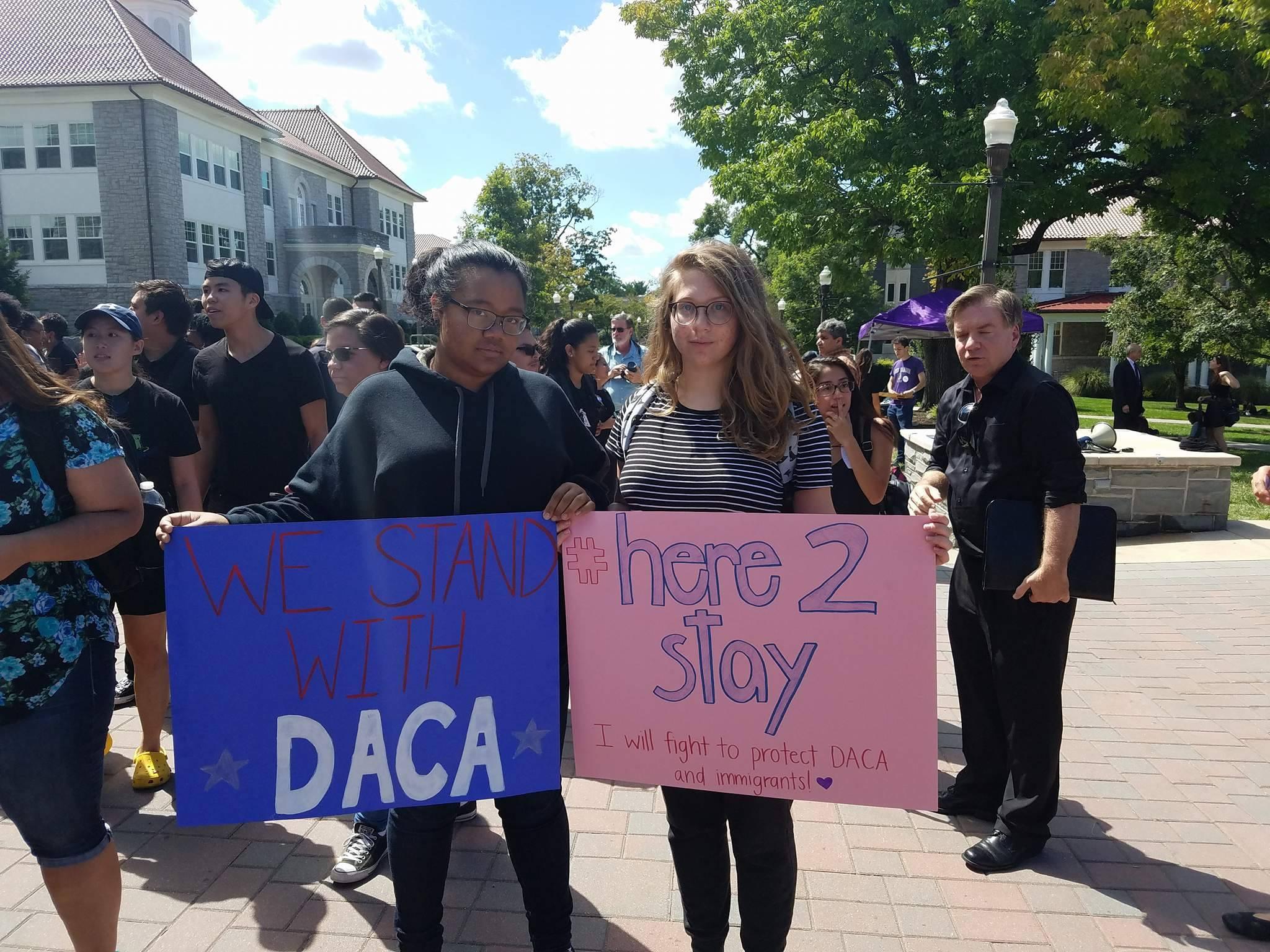 Do you support DACA, but couldn't make it to the march today? Make sure to call, tweet, email, and fax your representatives. Make your voice heard. Create change. Laugh. Cry. But most importantly, FIGHT.