James Madison University junior, Allie*, reached out to me about the alt-right protests happening in Charlottesville this weekend.

Tabby: Where were you while the protest happens?

Allie: At the restaurant where I waitress. We’re less than ten minutes away from the Mall, where everything is going down.

T: How would you describe the environment right now?

A: Well, a police officer told me he’s working for nearly three days straight with no sleep and we closed the restaurant two hours early. We’ve been getting customers all during the rally, some are in vests and proudly stating their allegiance to the KKK and others are just discussing their attendance there. One couple was talking about counter-protesting and showing me their pictures from the event.

T: Would you say there are more Alt-Right protesters or counter-protesters? 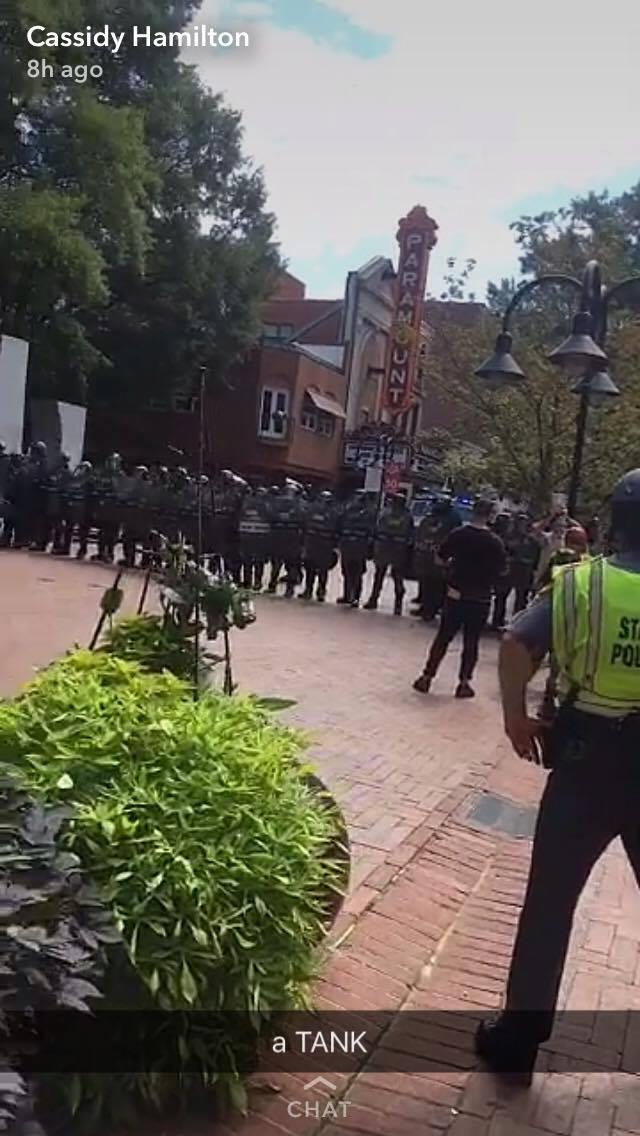 T: What was your reaction to all this?

A: I’m refusing to serve any protesters and Alt-Right people who come in. My manager is annoyed but she understands that it’s my right to refuse service. I’m only sticking to my own beliefs–I won’t serve these people because I refuse to interact or take money from people who believe that people of color don’t deserve basic human rights. I won’t even interact with them–just told my managers and the hosts that I refuse to serve them. Their views are primitive and deplorable. 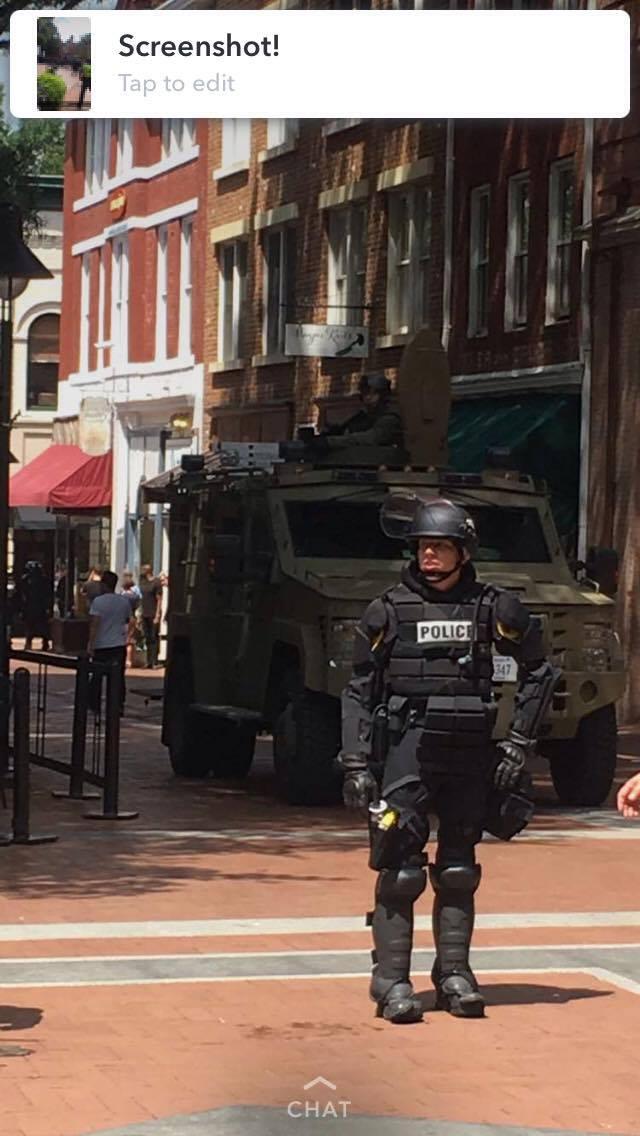 *Name has been changed to protect her privacy and not to violate the restaurant’s social media policy.