Watch out world, JMU Class of 2017 will take the business world by storm

The results of The Tab JMU graduation survey

Graduation day is upon us which means the days of complaining about our 8ams, overpriced food are over but we loved every second of it.

We surveyed members of the JMU graduating class of 2017 to find out just how prepared we really are for the real world and the findings were fascinating, to say the least. Overall, graduates seem to be fairly confident in their preparedness for the future, however, their fears showed something different. 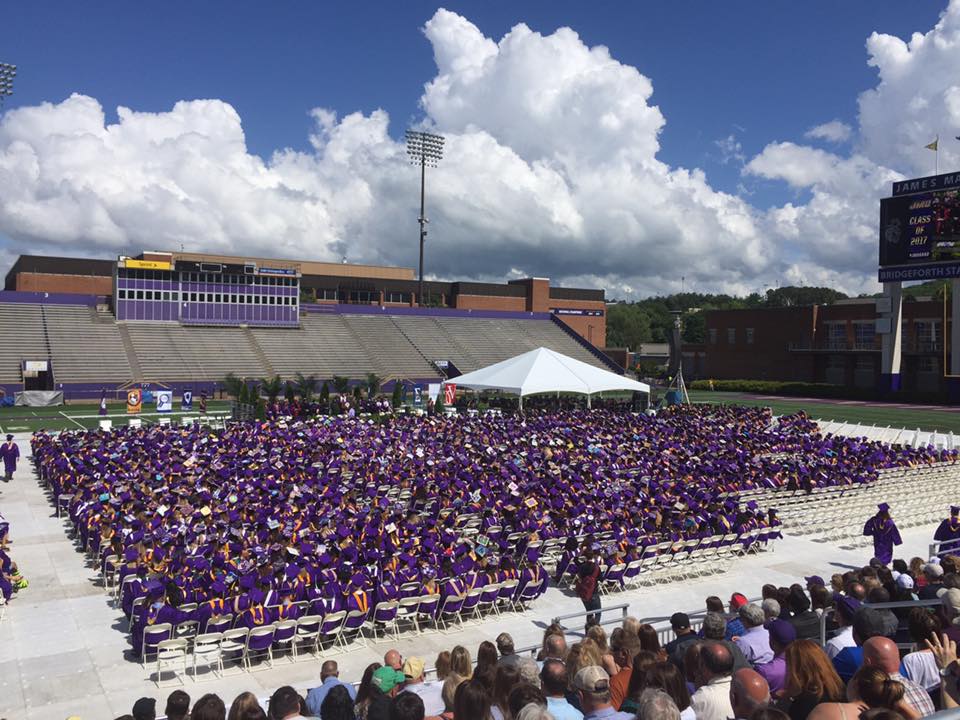 87.1 percent of students said they felt college had adequately prepared them for the future, however, 52 percent said their biggest fear was making enough money/getting a job after graduation

It’s very troubling that a vast majority felt confident in their preparedness for the future, but still over half are afraid of getting a job. If you’re confident in your abilities, why is your biggest fear not being able to get a job? I think part of this stems from what we’re taught. We’re told from a very young age that we have to go to college to get a good job and make enough money to be comfortable. We’ve had this drilled into our heads so much that now we’re afraid that, even though we feel prepared, we still won’t be good enough. Supporting this thought, the next leading answers were “failure” and “not making my parents proud.”

Similarly, the leading answer for what they were most excited about was money

It’s almost as if we’ve been taught that money is the key to happiness.

However, when asked if they had a job lined up, only 6.5 percent answered that they didn’t and were concerned

If our biggest fear is failure in the job market, why are we not more concerned if we don’t have a job? We’re confident in our skills and our ability to achieve success, but that doesn’t mean jobs are there for us. Some of us will have to take something less than ideal, settle to make money, and that’s okay. Others will be able to land that dream job right after graduation and be well on their way to success. Everyone will succeed in their own time.

Another explanation for this hope in the job market could be our generational optimism in our ability to persevere. We know that, even if we can’t find our dream job just yet, it’s totally okay to work where you can until you can achieve your dream. There’s nothing wrong with working a remedial job to keep your head above water rather than settling for nothing less than excellent and ending up back in your parents’ house.

There were only four people who didn’t say that happiness was their main goal in post-grad life.

Most people listed their job aspirations followed by “to be happy,” but there were a few who said they wanted “to find happiness” or “just finally be happy.” For the longest time we’ve heard that college leads to a job which eventually leads to a happy life and potentially family. It’s not surprising that we see our degrees as a means to happiness.

Based on the survey results, it certainly seems as if the JMU class of 2017 will take the business world by storm. We seem to have the right mindset and a good level of confidence to succeed in our careers. However, most of us seem to be concerned about happiness, failure, and money, making it seem like our personal lives will suffer.