JMU alum named US Soccer Disabled Player of the Year

He competed in the 2016 Paralympic games in Rio

Three months ago, we interviewed Adam Ballou, the JMU graduate who competed for the US Soccer team in the 2016 Paralympic games in Rio.  We caught up with him after winning the 2016 US Soccer Disabled Player of the Year award. 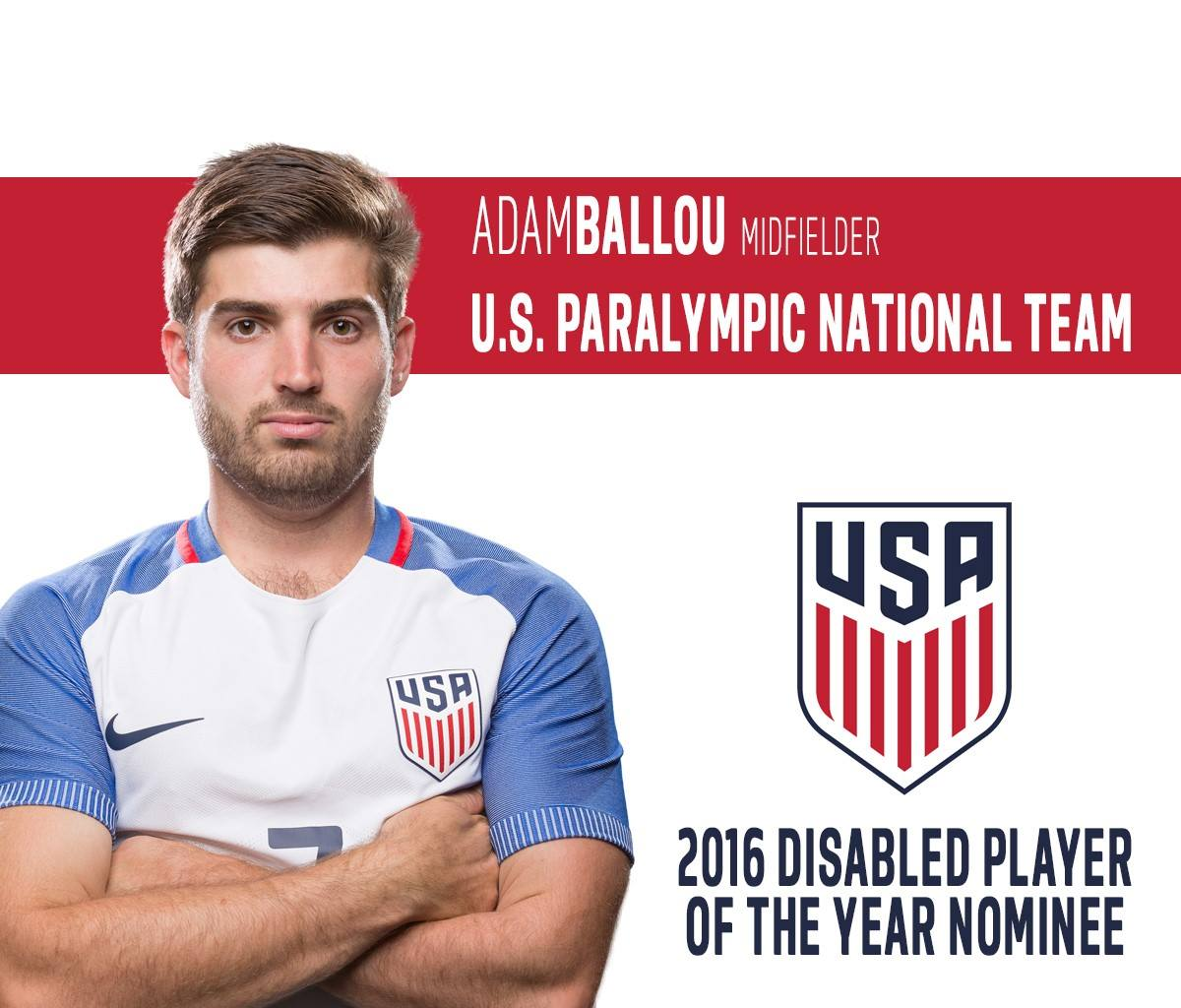 What have you been up to since Rio?

I took some time off, visited friends and family in Virginia Beach since I haven’t been there for awhile. I have been applying to full-time jobs; the soccer job was only full-time for the months leading up to Rio. [So far,] I’ve applied for the government.

Tell us about winning  MVP, what was the nomination process like?

The US soccer team has an award every year for the best player. There are five categories: best young male, best young female, best overall male, best overall female and best disabled that all span across a few different teams. They just kind of told me. [There was] no fun sports dinner or award night; it was all announced at different times. Mine was announced on the twelfth [of December] via social media. The US Soccer Board and executives from the US Soccer Federation nominated me. Each of the players got to vote as well, after I had been nominated; the players and executives all voted together. 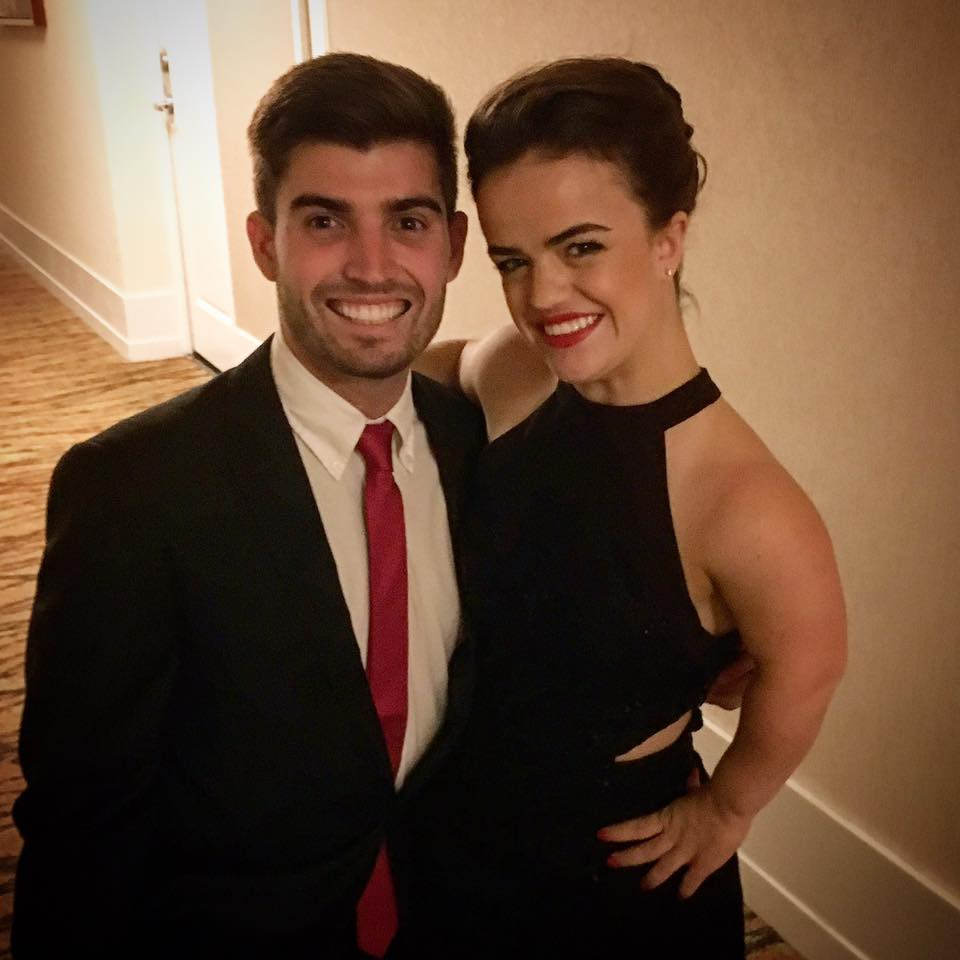 What do you hope will come of this award?

I hope it brings more recognition to the Paralympic team and to kids with disabilities – that there are more competitive sports outlets for them. I hope it inspires and motivates kids to play and maybe one day make the team. I’m not sure how it’ll affect my own career. I’m going to continue training in southern Florida in a few weeks. I’m going to go back to the weight room and back to the soccer field. It’s a nice pat on the back, a great honor; I’m grateful for the US soccer team and being recognized. I’m thankful that there were a lot of other really good competitors that were up for the award. I don’t take it for granted.

Where do you see your career going in the next few years?

It all depends on funding. I would love to continue training full-time and continue to play. I’m going into the best years of my career. If I were able to find personal sponsorships and outlets to be able to support myself, I would absolutely jump on that. Soccer doesn’t pay the bills, but I will play as long as I am able and as long as my schedule permits. If I am traveling and have a job where I can no longer play, then soccer will have to take a backseat. There is a World Championship in Argentina next year; I have full intentions of playing in that and helping the team as much as I can. 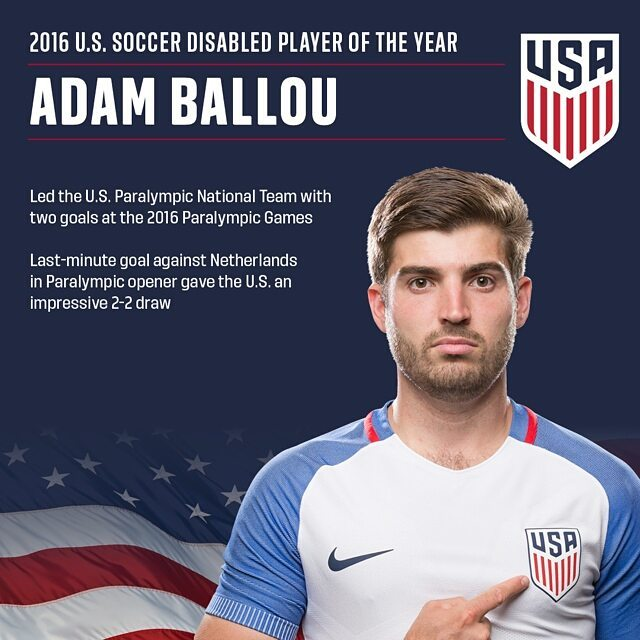 We, at The Tab JMU, would like to congratulate Adam Ballou on all his accomplishments. I think I speak for all of JMU when I say we are proud that you are a Duke!