Abingdon, VA is the greatest place on earth

Am I the only person at JMU not from NOVA?

I come from a small region that is collectively referred to as the Tri-Cities of Southwest Virginia and Northeast Tennessee. That’s right, the land of pick-up trucks and cammo a’plenty. Though originally born just barely north of this region (30 minutes, to be exact, in Marion), I grew up Abingdon, VA, a small town located about 20-30 minutes from the Virginia/Tennessee state line. Later I went to high school in Bristol, VA and lived in Bristol, TN for a short time before moving to Harrisonburg.

When I first came to Harrisonburg for a marching band competition in 2008, I thought it was a huge city. When I came back to attend JMU in 2014, my opinion hadn’t changed. To me, Harrisonburg seems to have everything! The first thing I noticed on my first day of classes was that everyone seemed to be from NOVA. I had never heard anyone refer to Northern Virginia as NOVA before in my life, and was even more puzzled when they called Harrisonburg small and boring! It has been my experience that those coming from bigger cities to Harrisonburg, see it as a quaint, rural town. Let me introduce you NOVA, city kids to a real small, Southern town.

The key attractions to this region are our festivals, history, location, and Nascar.

A little like Stars Hollow (though not as small) in Gilmore Girls, Abingdon is the home of many festivals throughout the year. In the summer, there’s The Virginia Highlands Festival that has two parts: antiques and crafts, Plum Alley Day, and Hops & Howlers, a beer festival. 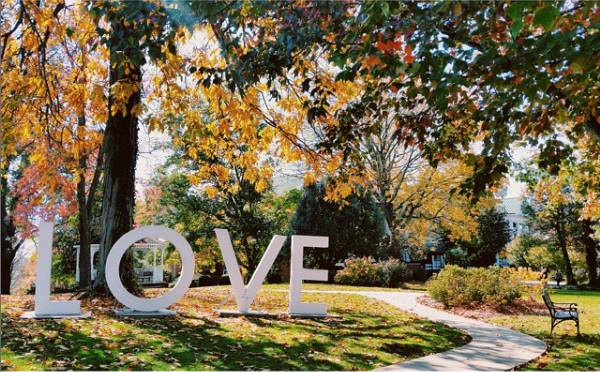 The LOVE sign that get’s moved around Abingdon. Photo by Heath Owens

The Virginia Highlands Festival is a tradition amongst Southwest-Virginians. They close off this road that typically leads to the Farmer’s Market for a week and food venders, craft venders, and even the local marching bands set up booths. I volunteered for my marching band’s booth one year, selling lemonade, raising money for our band boosters. I have not missed a Highlands Festival since I was a small child.

They also have an antique section located at the community college. My parents always loved it, but I was never a huge fan.

Plum Alley Day was always my favorite festival Abingdon put on. It’s an historic one day festival put on by the Kiwanis Club that typically runs from 9 am-3 pm. There’s vendors for everything! Local stores put out booths, people making crafts like you could find at the Highlands Festival have booths, even the police station tends to open a booth to make identification kits for parents.

“The Day begins with a salute to veterans and the raising of the American flag at 9:00 a.m. During the Day, entertainment includes a strolling magician and a variety of other entertainment throughout the alley.

At 10 a.m., a sidewalk art contest for children begins in the parking lot of the Washington County Courthouse. Children will compete in three different age categories. Also at 10 a.m. the Appalachian Highlanders Pipes and Drums will pipe their way down the Alley.”

Unlike the others, this festival is fairly new. This year it’s taking place on June 18th and the basic tickets are $35 pre-ordered or $40 at the door. The brewers scheduled to be there as of now are: 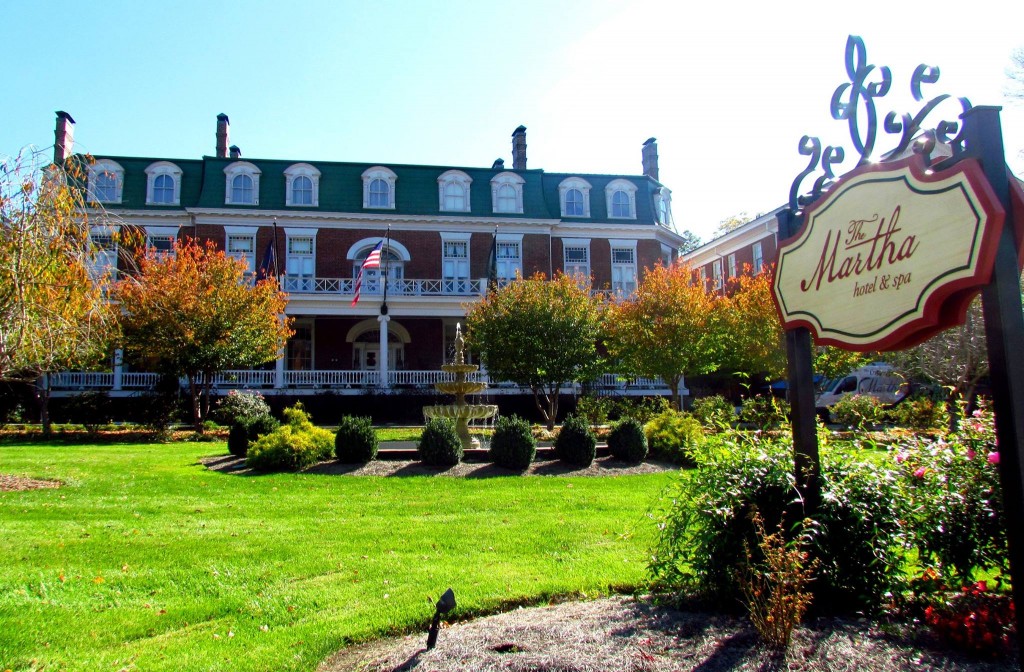 Abingdon can also boast its historic Barter Theatre, full of rich history. People come from all over the country to attend a show here. Before each performance, they play a game of “Who came the farthest?” with the audience, and fill them in on the historic background of the theater. The Barter Theater started around the time of The Great Depression as a way for people to barter goods for entertainment, given the lack of money in the area.

“The actors performing at the building were distracted not only by the occasional squealing pig or clucking hen, but noise from the town jail, which was located directly beneath the stage. The jail space was later used as a holding area for dogs suspected of rabies. It was eventually converted into dressing rooms for Barter actors.” 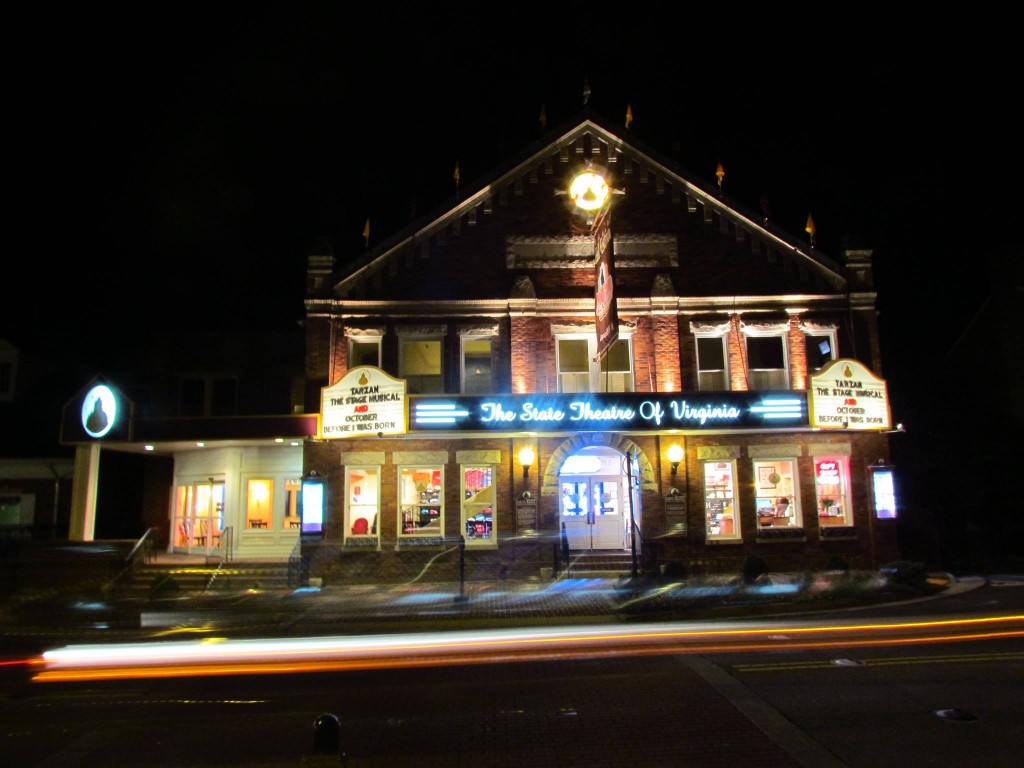 We also have some great writers like Donna Akers Warmuth, who write about our town’s great history. 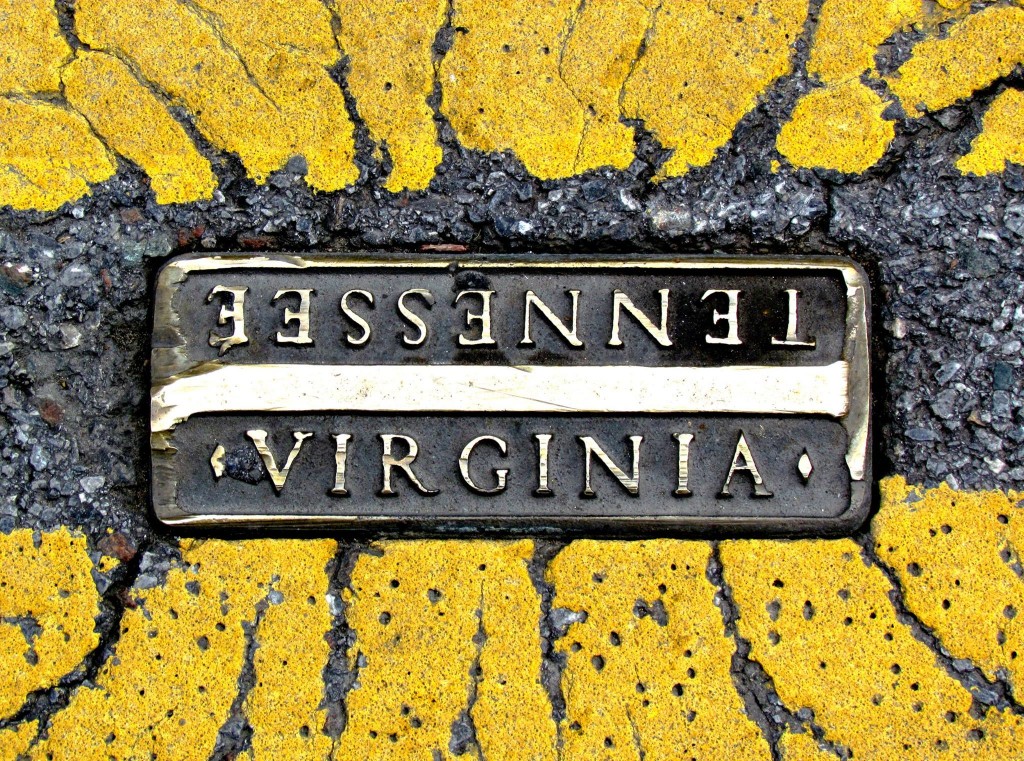 About 20 min down I-81 south from Abingdon, you come to Bristol which is known for having the state line of Virginia and Tennessee splitting the city down the middle. Tourists flock here to get their picture taken straddling the line, effectively being in two places at once. 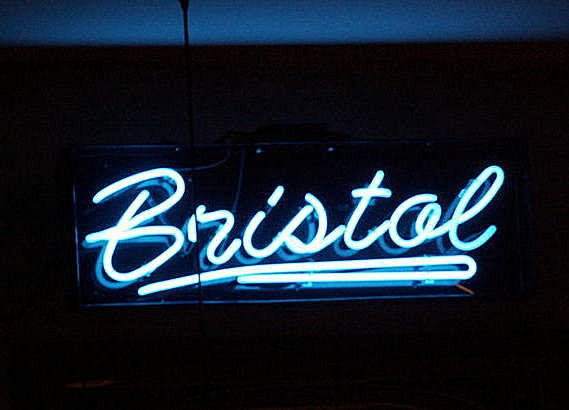 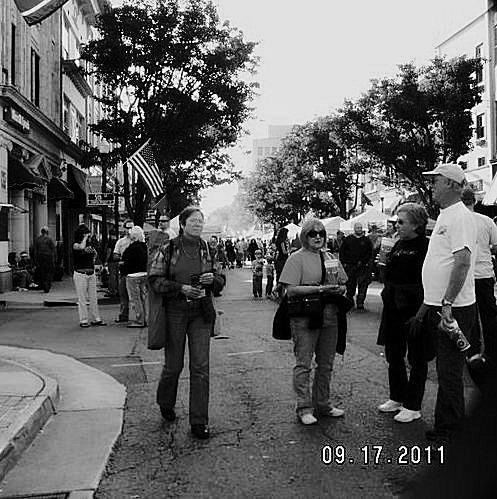 Some of the crowd on State Street during Rhythm and Roots

Bristol offers the extremely popular Rhythm & Roots Festival, a country music festival that takes over State Street in Bristol (where the state line can be found) for tons of performances and vendors. It’s basically a street party meets music festival.

Performers aren’t all musical, some jugglers and other types of street performers come to show off their trade and hopefully make some money. 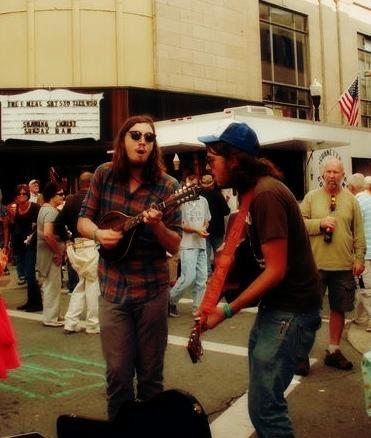 In the same way, not all the performers are huge bands. Local performers make there way to State Street during this weekend, too.

A huge part of Southwest Virginia is Nascar. Beyond the fact that most of the citizens follow Nascar and enjoy it, the Bristol Motor Speedway (also known as the fastest motor-mile) is a huge tourist attraction for the area. Being a former fast food worker during Race Week, I can attest to the crazy increase in business during this time of the year. 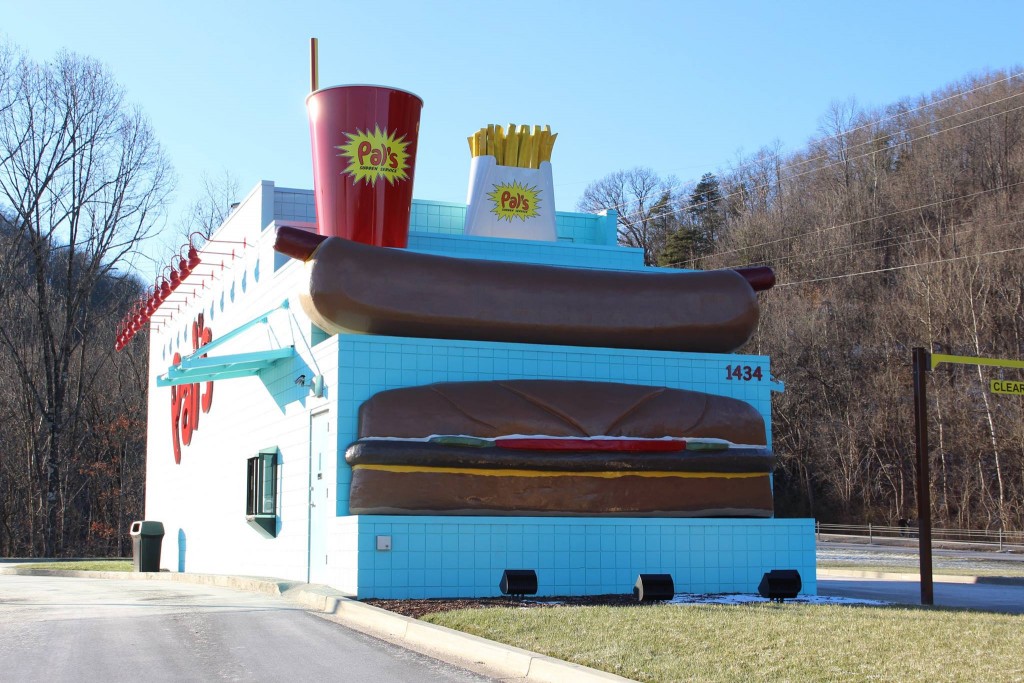 Finally, no trip to the Tri-Cities would be complete without a trip to Pal’s, the delicious fast food place only found in our region. This is the absolute best place (Southwest-Virginians know in the world!) to find a hot dog, hamburger,  cheddar rounds, or a milkshake. It’s become a local tradition to try to snag your picture on top of the iconic giant hot dog, though I have never done it. 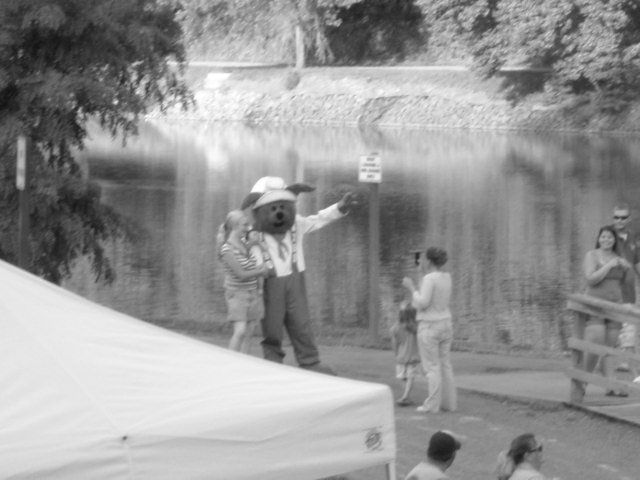 Being located in the Appalachian region, Southwest Virginia/Northeast Tennessee has some gorgeous outdoor adventures. 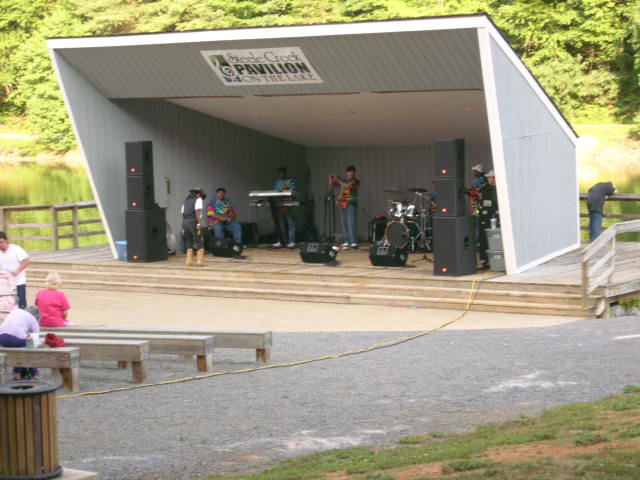 Bristol has Steele’s Creek Park that often has concerts and offers tons of hiking trails and beautiful views. 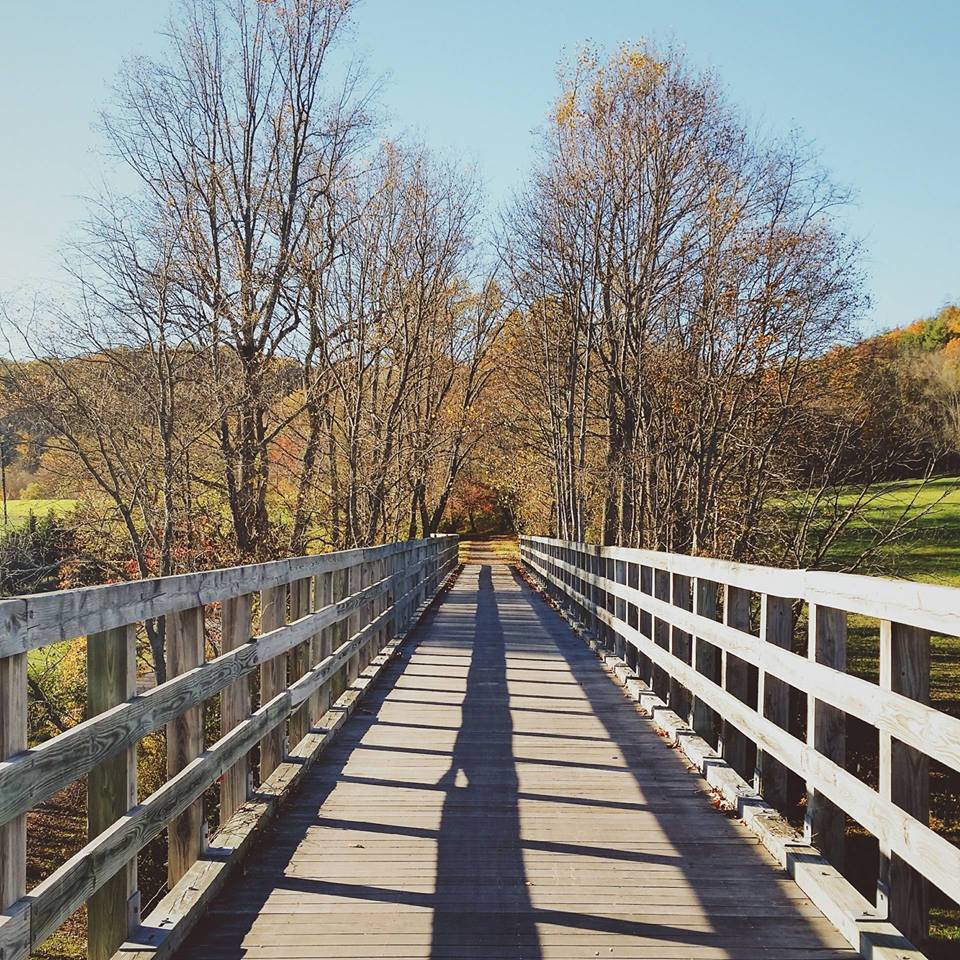 The Creeper Trail in Abingdon. Photo taken by Heath Owens 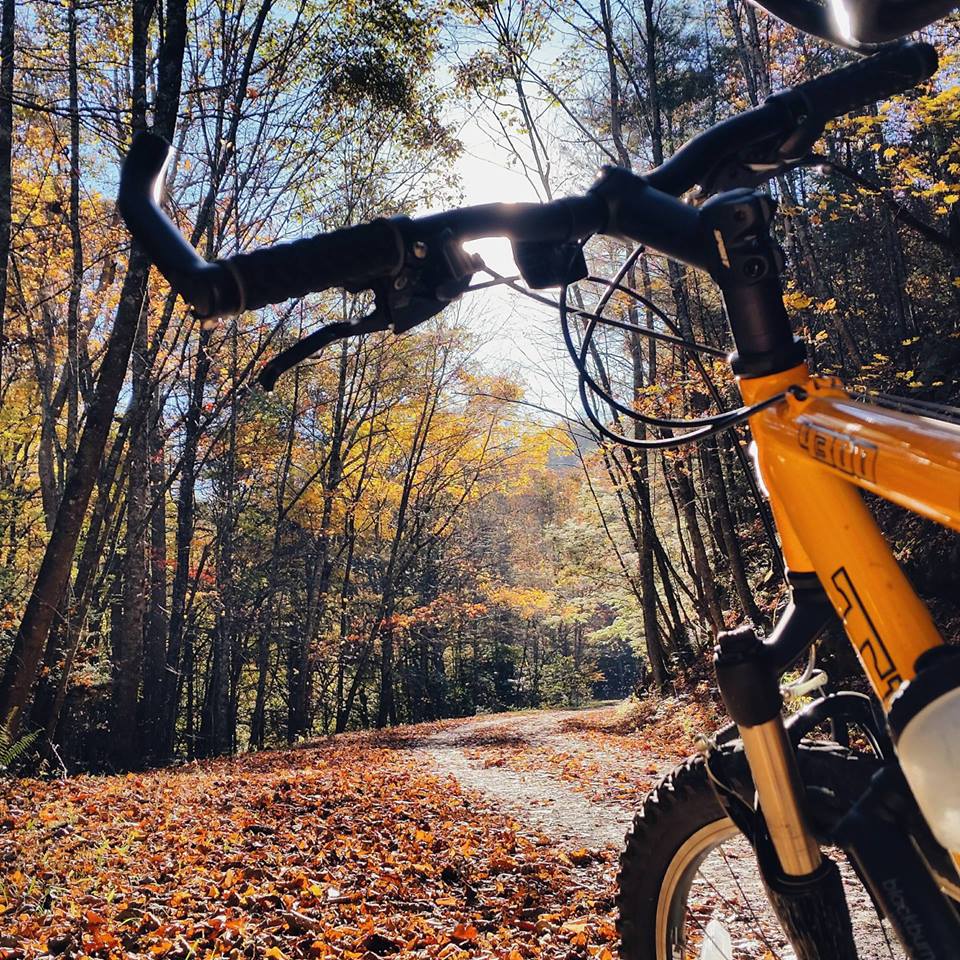 But, by far, the best thing about this area, is the people.

The Tri-Cities are rich in Southern hospitality. Our society instructs to maintain polite manners and keep people fed. When someone passes by (walking or in a car), you wave. When you pass someone in a store, you say “hi, how are you?” even if you don’t know them.

This is a true small, Southern town. Harrisonburg is a city!